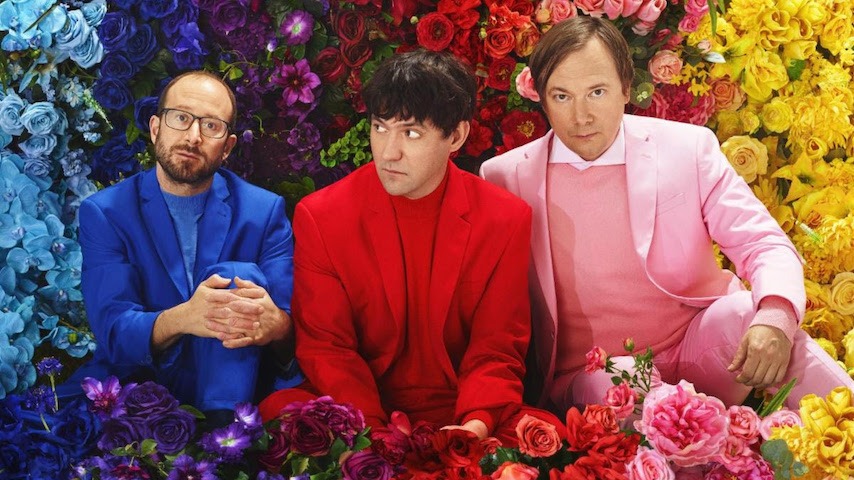 Finally, emo-folk legends Bright Eyes have announced their long-awaited new album Down In The Weeds Where The World Once Was, due Aug. 21 via Dead Oceans. Fourth single “Mariana Trench” is out now, following “One and Done,” “Forced Convalescence,” and “Persona Non Grata.”

This is the band’s first album in nine years, and the idea of getting back together came up at a Christmas party in 2017. Frontman Conor Oberst says of their collaboration: “Our history and our friendship, and my trust level with them, is so complete and deep. And I wanted it to feel as much like a three-headed monster as possible.”

The song is extravagant, full of unconventional instrumentals and storytelling. It’s a ballad of anxiety, which most of the album dwells on—apocalypse on a global level.

Watch Bright Eyes perform on The Late Show With Stephen Colbert tonight, and preorder Down in the Weeds Where the World Once Was here. Watch the video for “Mariana Trench” below, and keep scrolling for the album art and tracklist.


Down In The Weeds Where The World Once Was Album Art:


Down In The Weeds Where The World Once Was Tracklist: