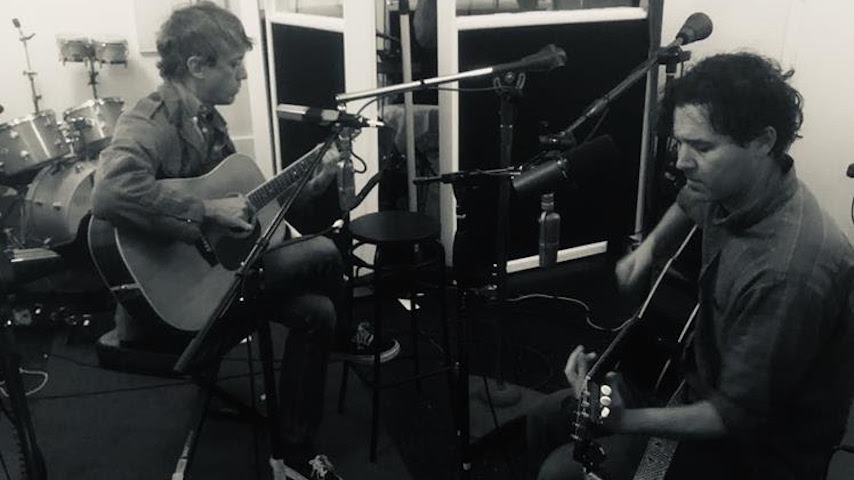 In a press release, McCombs said of his track:

This 7” was intended to be sold exclusively at our now-cancelled West Coast tour. My side is a song written by Michael Hurley, Steve’s side is a traditional Scottish/Irish song. We did them both the same day, as quickly as possible, in a studio in Burbank. It was supposed to be a souvenir. I suppose it still is, but for a different reason. We decided to release a 7” of them on Juneteenth and donate proceeds to these organizations supporting black lives to stand in solidarity with the Black Lives Matter Movement.

Both songs are like an oasis during these overwhelming times. They’re a reminder that activism comes in many forms—and roots music is an important one.

You can purchase the 7” here, with all proceeds going to the NAACP legal defense fund, the Okra Project and Elevate Oakland. Listen to the “Wild Mountain Thyme” here, and “Sweet Lucy” below. Further down, revisit McCombs’ and Gunn’s respective Daytrotter sessions.