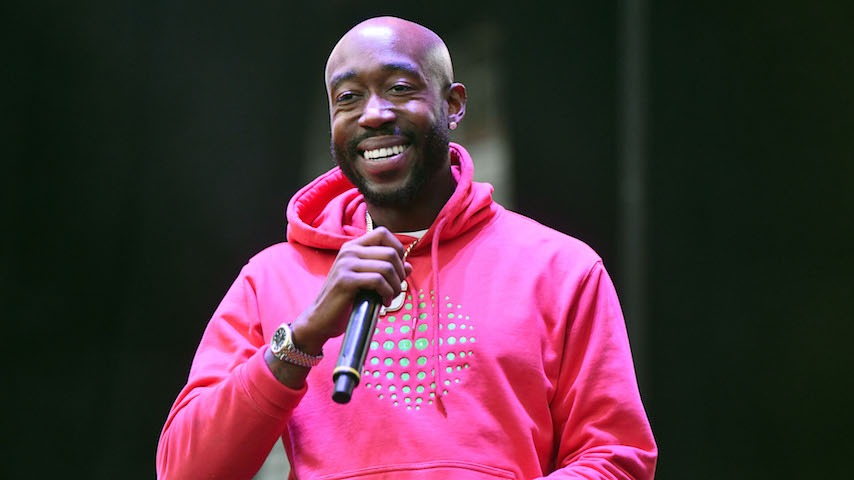 Freddie Gibbs is one of those artists who is often advertised as “your favorite rapper’s favorite rapper.” But that’s just because the man knows what he’s doing, and he’s responsible for some of the most important hip-hop of the last decade (namely his 2014 collaborative album with acclaimed producer/DJ Madlib, Piñata).

Last year, Gibbs and Madlib teamed up again for another home-run: Bandana, of which our critic said was proof that “they’re truly best when working together, especially in the same room.” However, Gibbs just recently dropped another project with an arguably equally great partner: the producer The Alchemist. The album features Tyler, the Creator (“Something to Rap About”), Benny The Butcher (“Frank Lucas”), Rick Ross (“Scottie Beam”) and Conway the Machine (“Babies & Fools”).

But back in 2010, Gibbs was really still just a budding rapper, having released several mixtapes on Interscope before pivoting to his own label, EGSN. In 2009, he released Midwestgangstaboxframecadillacmuzik. He performed one song from that release, “Midwest Malcom (Inhale),” in the Daytrotter Studio in 2010. He also performed “Never-ending Cycle,” which, unfortunately still, is a grim examination of the relentless cycle of police oppression.

Listen to Freddie Gibbs’ 2010 Daytrotter session below, and/or download it on NoiseTrade right here.