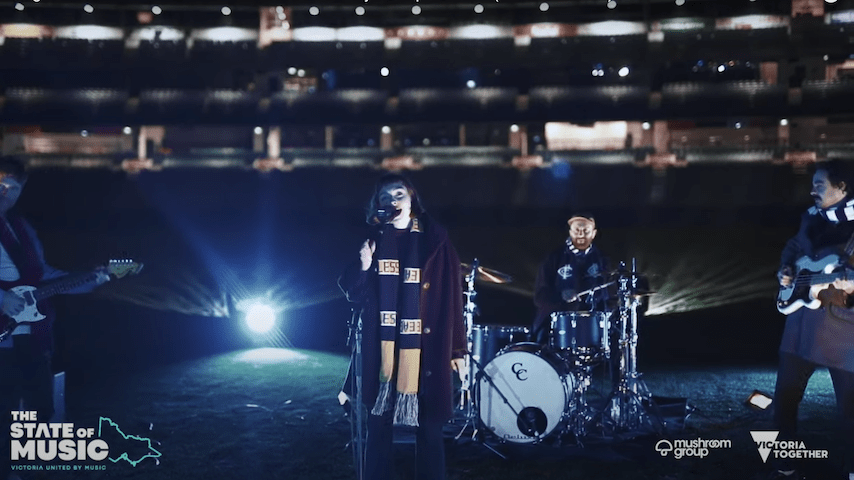 Over the past few months, in the wake of the coronavirus pandemic, artists and listeners alike have had to get creative with how they produce and consume music. For the Australian state of Victoria, that meant coming up with new and alternative ways to continue bringing art and culture to their citizens, all while in the comfort of their own homes. Thus arose a six-part series called State of Music, a collection of performances put together by the state of Victoria to bring Australia’s talents to its citizens virtually. The series has included past performances from artists such as Alex Lahey, The Temper Trap and Wolfmother, among others.

The most recent installment in the series features none other than Australia’s indie sweetheart, Stella Donnelly, backed by Australian soft-punk band Rolling Blackouts Coastal Fever. Donnelly and RBCF joined to perform a cover of “Deeper Water,” a song originally by Melbourne-based rock band Deadstar, a group which disbanded in 2001. Performed in an empty cricket stadium under the night sky, lit up by sparkling field lights, Donnelly and RCBF’s performance both captures the strange and singular reality of life in a pandemic while reminding us that, although live concerts might feel like a distant dream, packing into huge stadiums to see our favorite artists will happen once again.

Watch the performance below.