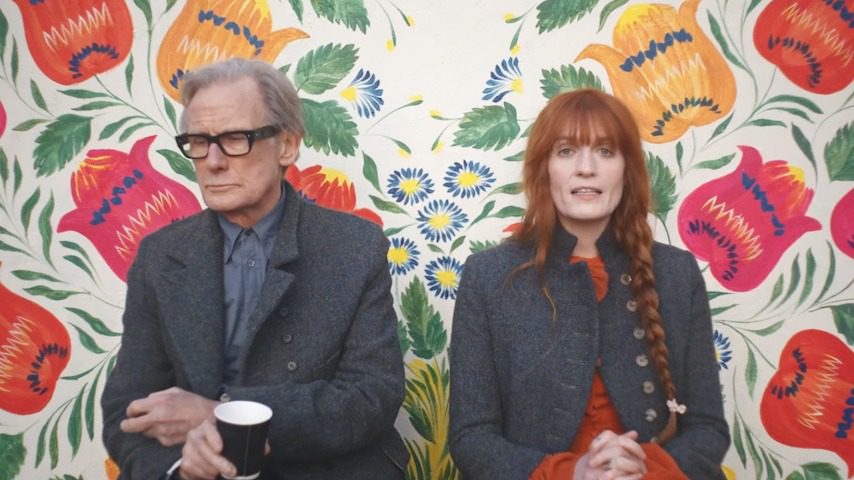 Florence + The Machine have kept the ball rolling on the lead up to their fifth studio album, Dance Fever (out May 13 on Polydor), first sharing singles and videos for “King”, “Heaven Is Here”, and “My Love” over the course of the last few months. Now, they’ve shared the record’s fourth single “Free,” along with a video for the track directed by Autumn de Wilde and co-starring actors Bill Nighy and Ryan Heffington.

Despite “Free”’s unwavering momentum as a breezy, danceable track, buoyed to the surface by an airy chorus, it deals with heavier subject matter: frontwoman Florence Welch’s struggle with anxiety. “It’s all in my head / ‘You’re too sensitive,’ they said / I said, ‘Okay, but let’s discuss this at the hospital,’” she sings in one of the verses, poking fun at the way the people in her life downplay the debilitating effects her anxiety can have. The backing seems to lift with her voice as the song reaches its chorus, noting that writing and performing her music is the only thing that can properly relieve her of the stress she feels. “For a moment, when I’m dancing, I’m free,” she sings, throwing the refrain in the air in a way that renders the whole thing weightless until the verse returns and holds her down again.

The track’s video puts a charming spin on the difficult topic, recruiting British actor Bill Nighy to play the role of Welch’s anxiety. He travels through the video glued to Welch’s side, even driving in a car next to her while she tries to run away from him, only leaving to take phone calls while she dances and sings the track around a dining hall. Unfortunately, when she collapses at the song’s finish, he’s still sitting there, ready to get back to work.

Check out the video for “Free” below. You can pre-order Dance Fever here.