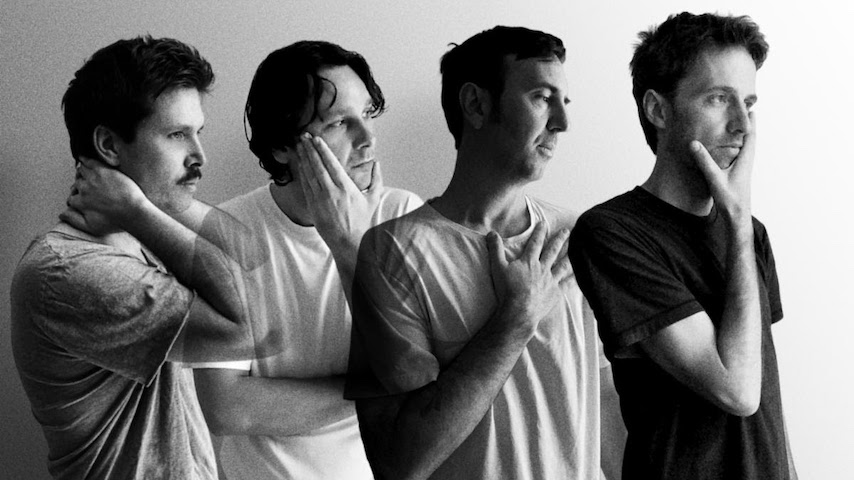 The most enveloping part about the track is its atmosphere; it’s bubbly and quiet, slowly building with poignant synths.

After extensive touring on our last album, “Cold Water” was one of the first new songs to appear. I’d moved to Copenhagen and had been listening to a lot more ambient and instrumental electronic music and as a result “Cold Water” felt quite different to songs we’d made in the past. It was less dance, but more atmospheric. Also the subject matter explores love in today’s context, where the climate and fate of the planet are becoming increasingly uncertain. Once we’d finished it, it felt like we’d placed a marker in the ground, guiding us in a new musical direction.

Listen to “Cold Water” below, and preorder Freeze, Melt here. Keep scrolling for the album art and the tracklist.