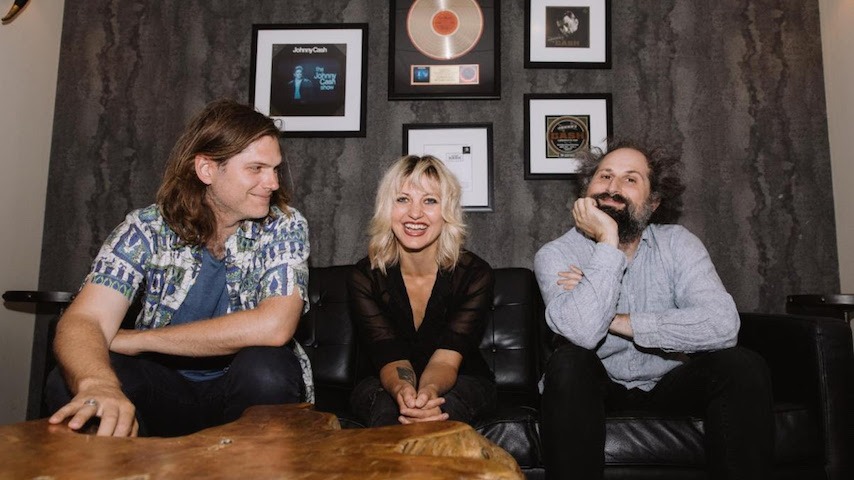 The folk supergroup—made up of Anaïs Mitchell (of Hadestown fame), Fruit Bats’ Eric D. Johnson and Josh Kaufman (Muzz, Craig Finn, The National)—have shared a new song as part of a forthcoming split single titled “Green/Green.” Today we’ve been treated to the first “Green,” a reimagined version of a classic folk standard called “Green Rocky Road,” which you might recognize from its appearance in the film Inside Llewyn Davis, which was based on the version by Dave Van Ronk.

“We recorded ‘Green Rocky Road’ and ‘Greenland Fishery’ for our LP, but ended up cutting them at the last minute to keep the record simpler (and higher quality for vinyl),” Mitchell says of the new songs. “We see the songs as a bit of a pair, they both feature Eric’s banjo playing and lean a little more ‘Americana.’ We’re glad they have a home on Green/Green and are grateful to be able to share music at a time when the world is hurting.”

Bonny Light Horseman released their self-titled debut back in January, and we recently named it one of the best albums of 2020 so far. The album’s songs are primarily, like “Green Rocky Road,” reimagined versions of old folk tunes or even ancient ballads. The sharp banjo on “Green Rocky Road” and ambling harmonies differentiate it from previously recorded versions of the same song.

Listen to “Green Rocky Road” below, and if you like what you hear, pre-order “Green/Green” right here. Further down, revisit Fruit Bats’ 2019 Paste Studio session.