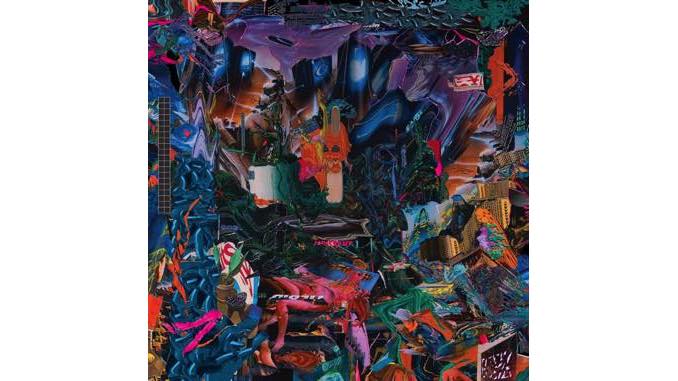 I tried shaving while playing the new black midi album and promptly cut my face. What’d I expect? Black midi’s music isn’t meant to hover in the background while you carry out household chores. It’s like trying to watch Tenet while filing your taxes. Black midi’s music is meant to play at high volume while you nod intensely and scroll through Reddit threads analyzing the band’s time signatures.

In the lead-up to black midi’s second album, Cavalcade, the band did indulge one indie-rock cliché: slagging off their celebrated debut and promising the new one will be different. “People seemed to really like the debut album but after a while we all became pretty bored with it,” Geordie Greep told The Quietus recently. “So, it was like: this time let’s make something that is actually good.”

Consciously or not, Greep was warning the group’s fans that Cavalcade wouldn’t feature more of the same, and it doesn’t. Where Schlagenheim felt serrated and sharp-edged and packed tight with grooves, Cavalcade feels brooding and explorative. It’s wordy and lyric-minded, with long, serpentine narratives that unfold like shape-shifting fruit roll-ups. Greep sings more than he mutters or shrieks, and sometimes he even croons, as on “Marlene Dietrich,” an uncommonly melodic nod to the 1930s screen legend outfitted with velvety strings. Fans may spend the lush tune on edge, waiting for a careening crash of guitar noise that never comes.

That’s not to say black midi is going soft or making pop moves. Cavalcade’s first and best song, “John L,” is queasy and raucous, a prog-punk mutant creature that serves as the vehicle for Greep’s tale of a cult leader named John Fifty and contains more false endings than the Trump presidency. Greep speaks his way through the story in a pursed-lip narration that almost resembles Les Claypool.

He assumes the same gather-round-ye-youngins storytelling tone on “Hogwash and Balderdash,” a track so similar to “John L” that I initially thought my stream had returned to the beginning of the album. It’s as frenetic and skittering as anything black midi has done, though like the best bits of Schlagenheim, it hangs together according to its own furious groove-logic—at least until it crashes to a stop in a terrifying maelstrom of horror-movie noise. Just as delightful, in a twisted sort of way, are the skronking blasts of “Chondromalacia Patella,” a song determined to make saxophone squeals resemble an elephant’s shrieks. (Among black midi’s greatest talents is their ability to make each individual blast of noise quake with the weight of what seems to be every instrument in the world.)

Yet much of Cavalcade’s back half lacks the element that made Schlagenheim so gripping: the white-knuckle grooves. Sure, Schlagenheim standout “bmbmbm” sounded like muttered ravings from a person you wouldn’t want to follow you home from a bar, but it was also funky as hell. The band has said in interviews that they chose to minimize improvisation and focus on melodic, sung-through songwriting this time. But crooning isn’t Greep’s strongest mode, and tracks like “Slow” or “Diamond Stuff” rustle around in the tangled jazz-rock underbrush for six minutes apiece without settling on much in the way of satisfying melody or groove. These songs faintly resemble the moody, jazzier passages on Mr. Bungle’s Disco Volante, but with little of the humor or twisted pop genius. And the meandering “Ascending Forth” is straight-up tedious, a word that never applied to Schlagenheim even at its most indulgent.

In the two years since that debut came out, conversations about black midi have often taken the conditional tense—speculative statements about alternate universes. You know, like: “These guys would have been huge if they’d been around in the late 2000s, when Battles and Wolf Eyes reigned supreme.” Or: “If only the pandemic hadn’t paused their touring momentum last year … ” Or: “If only Spotify and Apple Music hadn’t reduced the music economy to a cratering slot machine of algorithm-driven placements, black midi would be bigger than BTS.” (OK, maybe not that last one.)

Yet even in this universe and even under these circumstances, black midi has achieved something remarkable in building a considerable fanbase and buzz around music as staunchly anti-commercial as this. Those fans willing to wade through the band’s murkier excursions will find a brilliant second album lurking somewhere within Cavalcade.

Zach Schonfeld is a freelance writer and journalist based in New York. He contributes regularly to Paste, Pitchfork, Vulture and other publications. Previously, he was a senior writer for Newsweek. His first book was published in November 2020.