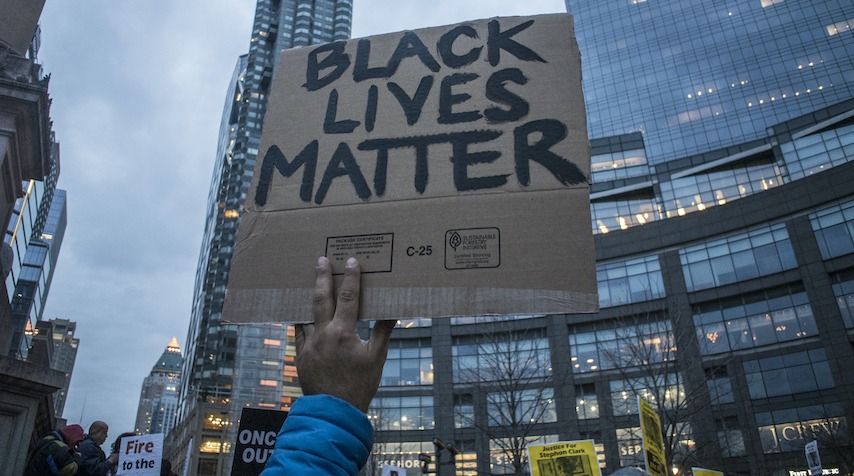 The horrific killing of George Floyd is only one in a long line of tragedies due to police brutality and institutional racism. As protests break out across the country, knowing how to best support black lives and take a stand against police brutality is imperative. Although the Minnesota Freedom Fund and the George Floyd Memorial Fund have been making the rounds on social media and gaining the most traction, there are many other grassroots organizations that are also actively working to fight for justice and support black lives. In this time and always, it is not enough to be quietly non-racist; we must be actively anti-racist or else we are complicit. We must educate ourselves on active anti-racism, mobilize and work to divest in systems that institutionally oppress black lives.

Below is a list of educational resources, black liberation organizations, petitions and more that we encourage you to look into. Please consider donating if you are able—if you are not, there are other ways to engage as well.

The Bail Project: An organization that posts bail for people who cannot afford to do so.

The National Association for the Advancement of Colored People (NAACP): An organization that works to ensure the political, educational, social and economic equality of rights of all persons and to eliminate racial hatred and racial discrimination.

Communities United Against Police Brutality: An organization which “provides assistance to individuals and families dealing with the effects of police brutality.”

Reclaim The Block: A grassroots group that “organizes Minneapolis community and city council members to move money from the police department into other areas of the city’s budget that truly promote community health and safety.”

Atlanta Black Owned Business Relief: A fundraiser for black owned businesses in Atlanta, Georgia, that were affected by protests and looting.

Bay Area Relief: A fundraiser for black owned businesses in the Bay Area of California that were affected by protests and looting.

Minneapolis Relief Fund: A list of individual businesses and organizations in Minneapolis that were affected by protests and looting.

Black Owned Business Relief Fund: A fundraiser for black owned businesses in various cities that were affected by protests and looting (put together by the Art Hoe Collective).

Chicago Business Relief Fund: A list of businesses in Chicago that were affected by protests and looting.

Abolition Study: A collection of resources for anyone who is interested in learning more about prison abolition.

Anti-Racism For White People: A comprehensive document of anti-racism resources including required readings, viewings and organizations to keep up with on social media.

A New York Times article: On why we need to divest funds from the police and redirect towards “emergency response programs that don’t kill black people.”

A guide for navigating a protest: For “keeping you and your community safe.” Includes instructions on what to do to prepare for a protest, what to do while you’re protesting and how to remain safe after.

Know Your Rights (ACLU): Allows you to select a scenario and become acquainted with your rights in each.

BLM Pocket Guide: A guide to “protecting yourself on the ground” and “demonstrating with as much protection as possible.”

Anonymize Your Online Footprint: Instructions for anonymizing your online footprint during a protest, taking photos and preserving the cyber safety of you and others.

Repeal 50-a Call Scripts: Call scripts for residents of the state of New York. However, if you do research and find out who to call in your state, these templates can still be useful. The most important takeaway from this resource is finding your relevant representatives and making your voice heard.

Breonna Taylor petition: A petition to arrest the officers involved in the death of Breonna Taylor over a month ago, pay her family in damages and force Congress to discuss the constitutionality of no-knock warrants immediately.

Defund the police: A petition for the national defunding of the police in favor of greater investment in community resources. You can read more about what that means specifically on the petition.

Ban Rubber Bullets: A petition to ban the use of inhumane rubber bullets by police during protests.

To Black Owned Businesses: A list of black owned business that were affected by protests and looting.

General Resources: How you can take action from home after the death of George Floyd.

General Resources: Ways to support the Black community and the fight to combat racism, discrimination and police brutality, from GLAAD.

Anti-Racist Allyship Starter Pack: Resources and tools regarding racism and anti-blackness, and how to be a better ally.