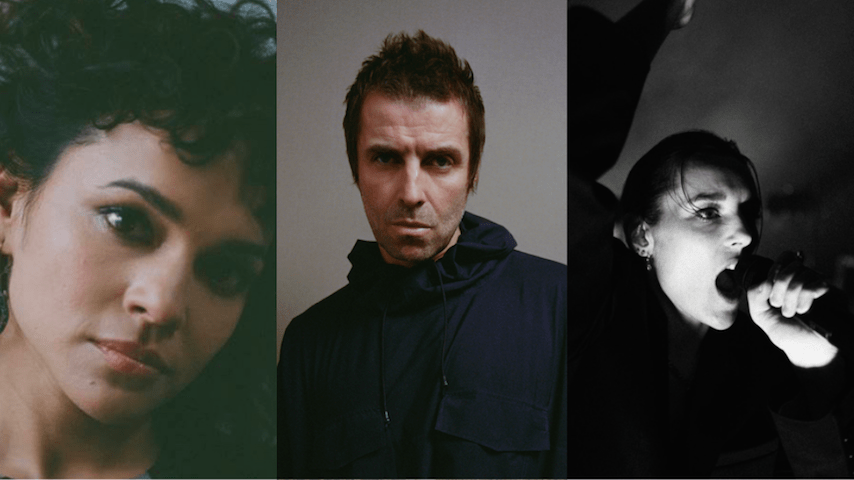 Welcome to another Friday. This has obviously been a week of great upheaval, albeit productive, and we at Paste believe that music can continue to act as a refuge and a beacon of truth during difficult times. While we encourage you to listen to Black voices (which includes Black musicians), there’s so much more you can do in the fight against white supremacy and for racial justice. Have you donated to an organization dedicated to fighting for Black lives yet this week? If you can’t donate, have you signed a petition, read educational materials, had conversations and/or shared your platform with a person of color? There’s something all of us can do. In other news, this Friday brings a slate of new albums that includes a masked cowboy (but not the one you’re probably thinking of), two indie-pop artists/queens and one punk frontwoman. Keep scrolling for the goods.

1. Built To Spill: Built to Spill Plays The Songs of Daniel Johnston

Built to Spill today release the aptly titled Built to Spill Plays the Songs of Daniel Johnston. In August 2018, Doug Martsch, Jason Albertini and Steve Gere recorded these songs during rehearsals for their performances backing Daniel Johnston, who passed away on Sept. 11, 2019. Martsch discussed the album with Rolling Stone, saying, “It was pretty special for us,” and adding, “Basically we wanted to get good documentation of what our rehearsals were like. It was a lot heavier than what I thought it would be.” —Isabella DeLeo

Bella Union signees Drab City today release their debut album Good Songs For Bad People, which mixes dub, hip-hop, jazz and more to create a hypnotizing first release. A press release says the duo is concerned with “social alienation, violent revenge, and (perhaps) romantic love as salvation,” which, while not foreign to rock and pop music, are topics that could always use new perspectives. Drab City provide just that with this buzzy debut. —Ellen Johnson

Burlington, Vt.-based Francesa Blanchard is a French-born singer/songwriter with a knack for fusing fuzzy pop sounds with her folk roots à la Maggie Rogers, crafting hooks as she goes. The title track from her new album (a follow-up to her 2015 bilingual debut Deux Visions) is a solid indie-pop number that tracks a private dance party turned public: “Whenever I’m in dire need of returning to myself, I’ll turn my face towards the sun and go climb a mountain,” Blanchard writes in a press statement. “Over the past year, I have danced alone to this song on mountaintops in my headphones, reliving the elation I discovered when I wrote it. It’s been a sort of private, secret celebration. Now that the song is no longer mine to keep, I wanted to share that dance with others, to bring it to life.” —Ellen Johnson

Chicago ambient singer/songwriter and multi-instrumentalist Gia Margaret today releases the topsy-turvy titled and strictly instrumental Mia Gargaret (Try saying that five times fast!). A follow-up to 2018’s There’s Always Glimmer, this album finds Margaret returning to her primary instrument: the synthesizer. “After having to cancel tours because of illness, I was unable to sing for nearly half of the year,” she says. “This left me feeling like a shell of myself, so I turned to my synthesizer for comfort. These compositions helped me hold onto my identity as a music maker. At times this music helped soothe my anxiety more than therapy or anything else could.” —Ellen Johnson

Today GUM, aka Jay Watson (of Tame Impala and Pond fame), releases his fifth studio album Out In The World on Spinning Top Records. It follows his 2018 album The Underdog. Watson said of the new release, “This album is my attempt at making a record that combines my fascination of how other people live their lives, with my own internal desire to analyse mine and improve it. ‘Out In The World’ was a phrase that conjured a lot of grandeur and ego, yet somehow felt really small and wholesome at the same time.” —Ellen Johnson

6. Jehnny Beth: To Love Is To Live

Following his 2019 album Why Me? Why Not., former Oasis frontman Liam Gallagher has shared a new live album, recorded at Hull City Hall for MTV Unplugged. Back in 1996, Oasis were invited to record a prestigious Unplugged session, but Liam was plagued by a sore throat, so his brother and bandmate Noel took the reins himself. Famously, Liam was filmed heckling Noel from the rafters during the performance, so it wasn’t exactly what Oasis fans were hoping for—even though it was perhaps the most Gallagher brothers thing to ever happen. Nearly 25 years later, Liam got a chance to record a session for MTV Unplugged as a solo artist, and he pulled out all the stops—playing a career-spanning set alongside a 24-piece orchestra. —Lizzie Manno

8. Norah Jones: Pick Me Up Off The Floor

Pay For Pain—the new project from the three ex-Tigers Jaw members—have released their new Pain EP, and Paste premiered the new video for their infectious track “You Take Command of My Heart,” alongside an interview with the band, which you can read here. Pay For Pain are guitarist/vocalist Adam McIlwee (Wicca Phase Springs Eternal), bassist/vocalist Dennis Mishko (Three Man Cannon) and drummer Pat Brier (Three Man Cannon). —Danielle Chelosky

The masked RMR stirred up some attention earlier this year with the release of his viral hit “RASCAL,” a rework of—believe it or not—Rascal Flatts’ “Bless the Broken Road.” Now the mysterious artist is back with a full-length project. It’s difficult to tell when RMR is trolling us or whether or not he’s playing the role of a comedian, but it doesn’t actually matter, because the music is reason enough to pay attention. —Ellen Johnson