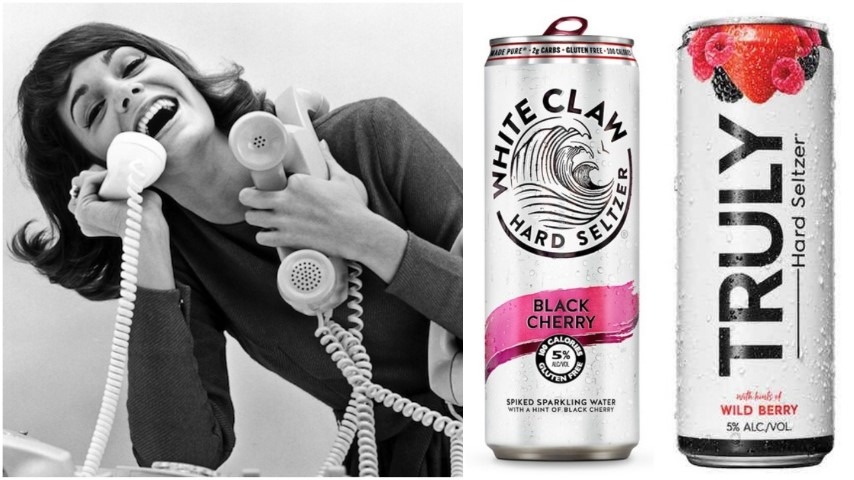 Dear Patsy is your new one-stop-shop for any and all questions about music, movies, drinks, TV, comedy, videogames, celebrities or whatever else you want to ask our pop culture expert. Send Patsy your question to [email protected] with a snappy subject line including the words “Dear Patsy,” and you could be featured in Paste’s newest weekly column. Simple as that! We want to hear your questions—or, Patsy does!—and we want to be your guiding light in the ever-foggy, fast-changing world of pop culture.

This week Patsy attempts to define the drink of this summer and every summer until further notice—alcoholic seltzer—and recommends some first-person shooter style videogames that are easy on the gore. Remember: This fine column can also act as a vehicle for personal, customized discovery should you send Patsy a few things you already like. Find all that and more below, and don’t forget to send Patsy a note at [email protected]

Dear Patsy,
What even IS alcoholic seltzer? Why does it exist? What is the appeal? Help me understand!
Sincerely,
Lil Cranky Pants

You’ve asked a question that is considerably more complex than it first appears on the surface, because if there’s one thing that hard seltzer is meant to evoke to the consumer, it’s simplicity. It’s seltzer; there’s some booze in it. That’s really all the makers of White Claw, Truly or Bon & Viv would prefer you to think on the matter.

But it’s a good question: What is hard seltzer, really? What differentiates it from other alcoholic drinks? Why did it spring into existence, catch fire and become such a big segment of the alcohol industry, seemingly overnight?

First, a workable definition: “Seltzer” is the general word the beverage industry seized on to describe flavored sparkling waters with no other mineral additions. These are traditionally zero calorie, artificially flavored sparkling waters—your La Croix, etc. Hard seltzers swiped this language and added booze to the equation, which of course means they do contain some calories. The source of the booze, however, might not be what you think—whereas it might be natural for the average consumer to assume that these are sparkling waters with a little bit of high-proof distilled alcohol (essentially vodka or Everclear) added to bring them to around 5% ABV, the source of alcohol in all hard seltzer brands is actually the fermentation of sugars. In some cases, this is the fermentation of regular old cane sugar. In others, as in market leader White Claw, it’s the fermentation of sugars derived from gluten-free malted barley. This confusingly puts White Claw into a very similar class to other “malternative” beverages such as Mike’s Hard Lemonade or Smirnoff Ice, which are also fortified with alcohol from malted barley fermentation.

Where hard seltzer sets itself apart from other flavored malt beverages (FMBs) and canned cocktails, however, is in what it doesn’t tend to feature, which is a high level of residual sugar. Hard seltzers can be seen as a backlash against the alcohol industry’s obsession with sickly sweet drinks, as most of them are intended to be substantially drier and therefore easier to drink. As a result of the lower sugar/carb content, they’re also lower in calories, with most registering right around the 100 calorie mark. Unsurprisingly, this made seltzers popular with fad dieters who were restricting carbs/sugar content, helping to fuel their initial rise. Improbably, though, these drinks have also been able to jump the typical gender barrier here, being equally popular among male and female drinkers, without the typical male stigma placed on flavored malt beverages. This is where the true hard seltzer explosion began.

Ultimately, hard seltzers are calculated for quick, mindless drinking—their flavors are relatively muted, and they aren’t meant to “challenge” the drinker or expand their palate in any way. Their flavors are simple and easily understood—not “refined,” by any means, but you can’t deny the uncomplicated pleasure they represent to many drinkers. You’re not meant to think about them; you’re meant to drink half a dozen of them and then make some poor decisions.

Yours in bubbles,
Patsy

Dear Patsy,
Are there any fighting games like Bloodborne that aren’t so gross? Or first-person shooter style games that aren’t full of gore?

Have you ever heard of Splatoon? Nintendo’s first-person shooter swaps blood and bullets out with paint, letting you fill the screen with bright splashes of green, purple and orange instead of gore. If you want your shooting sprees to feel less like a war and more like running around in your backyard with your friends when you were a kid, this is the game to get. Splatoon 2 came out on the Switch in 2017, and I wouldn’t be too surprised if a third one is announced soon. There’s also the recently released Chex Quest HD; what started life as a free cereal box pack-in that turned Doom into a goofy lark has been remastered and reissued for the modern Chex Mix fan.

When it comes to action games like Bloodborne, you can get your non-grisly fix from a variety of places. Nintendo, again, is a good place to start if you can’t handle the sight of blood; The Legend of Zelda: Breath of the Wild has even more mystery and majesty than Bloodborne, with none of the gore. When it comes to that specific Souls-like formula that Bloodborne’s developer From is known for, it’s hard to find something all that similar that isn’t dripping with viscera, but Ashen, A44’s action-RPG that came out on the Xbox in 2018 and is now on both the Switch and PlayStation 4, should do the trick. It’s like a Souls game designed by the animation studio Laika. Happy (non-gruesome) hunting!