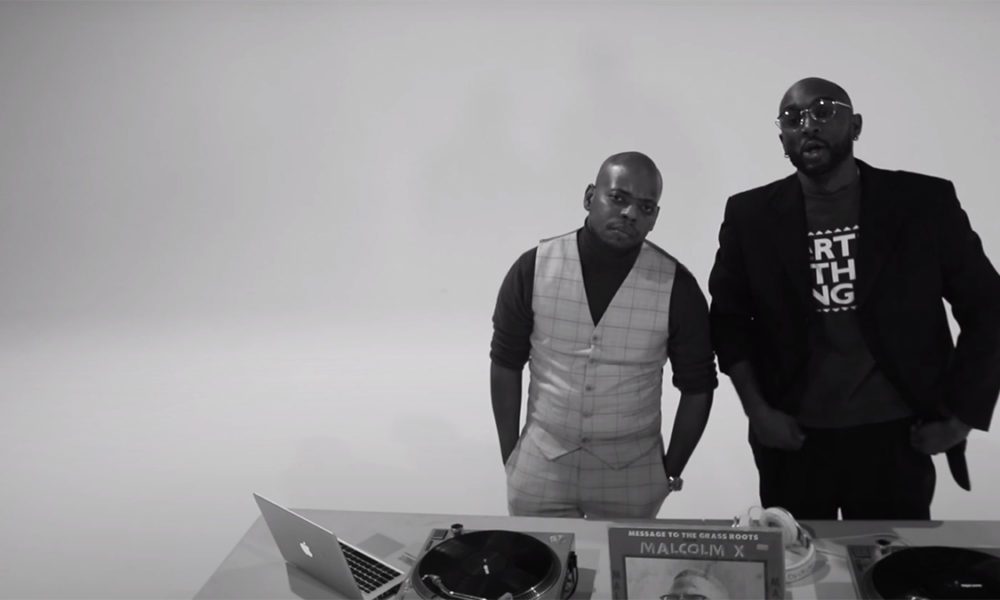 Frank Knight is a ravenous, young emcee out of Brooklyn, NY. While Chuck LaWayne is a triple threat (producer/DJ/MC) that was born and bred in Harlem, NY. These two artists had been solo acts up until this point but they’ve united to provide listeners with kind of classic East coast boom bap that heads fiend for.

Although Frank may not have lived through the 1990s, he is a devout disciple of the golden era sound. This gels well with Chuck’s production, which is reminiscent of the early work of MPC virtuosos like DJ Premier, Pete Rock, and Large Professor. The lanky boardsman has provided beats for Rotten Apple favorites like Lloyd Banks, Vado, and Dave East.

To celebrate Martin Luther King Jr. Day, Frank and Chuck are releasing their video for “Martin X.” This joint is the fifth single off their album Slim & Mickens, which is out today as well.

Frank attacks the sparse “Martin X” soundscape with a cocky, matter-of-fact flow that demonstrates his mic prowess. He goes from dropping gems about religion to defending hip-hop’s new generation, to making threats to the comp. Vocal snippets from Martin Luther King Jr. and Malcolm X cap off this powerful track.

You can find Slim & Mickens on various digital streaming platforms including Apple Music and Spotify.

Check out the album and video below.