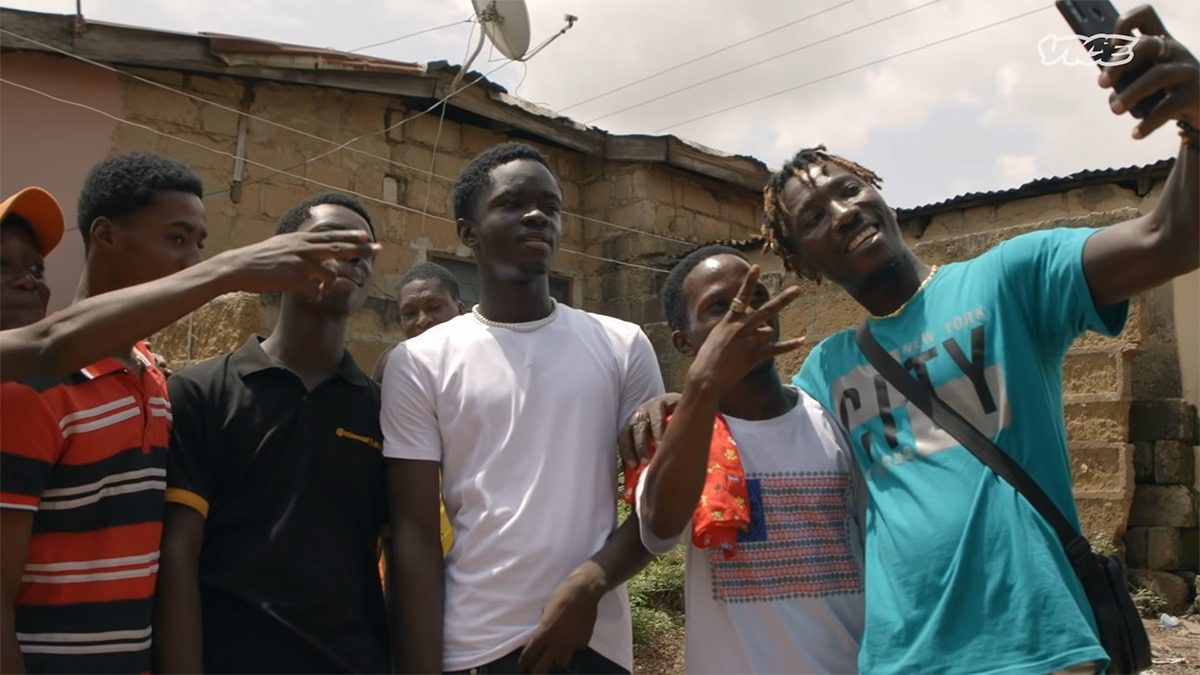 Noisey recently released a new video taking a look at the rise of drill music in Ghana, and the influence American culture has had on them.

In this episode of Noisey’s global rap series, ‘Gangsta Rap International,’ Chuckie finds himself in Ghana exploring the unlikely rise of Ghanaian Drill.

In 2020, a new generation of rappers hailing from the villages of Kumasi, created a sound inspired by Chicago drill and specifically, rapper Pop Smoke. They call it ‘Asakaa.’

These guys are inspired by American culture and rappers, that they sound, dress, talk and act like them. They’ve even changed the name of their city to ‘Kumerica’ in homage to the USA and call themselves ‘Kumericans’. They’ve even made their own flag using the star spangled banner.

For more from host Chuckie Lothian and Noisey’s Gangsta Rap International series, be sure to check out episodes like “From 124 Arrests to God-Like Status: Naira Marley” and “The World’s Wildest Rapper.”