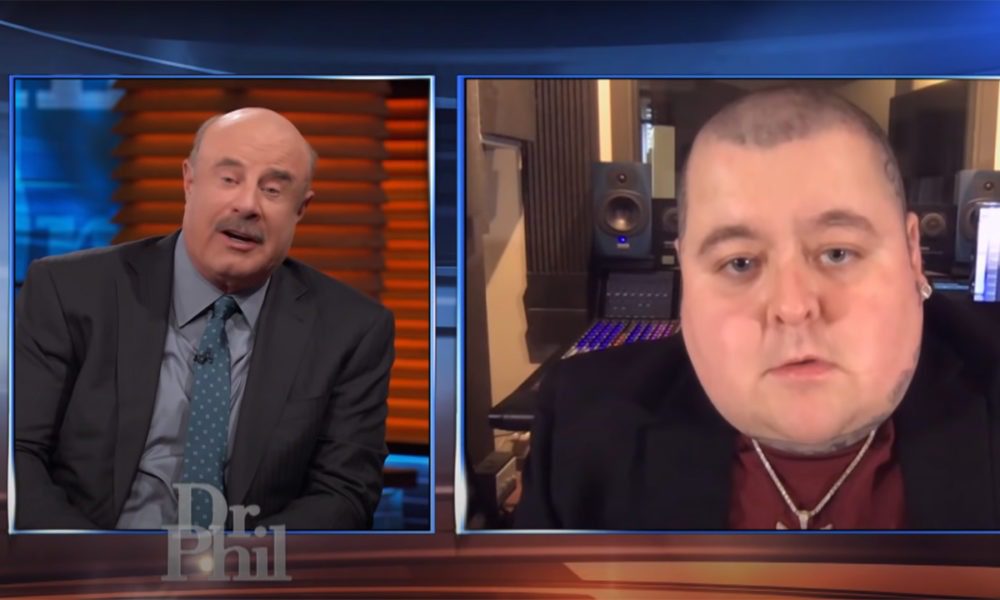 Some fans thought he was just trolling, but after today, no one’s going to doubt what Merkules says he’s doing.

The BC rap star was a celebrity guest / savior on today’s episode of Dr. Phil, one of the longest running and most successful daily talk shows in North America. Publicity wise, it’s a massive first for Canadian rappers, and the appearance couldn’t come at a better time for Merkules who is currently promoting his new album, Apply Pressure.

But the Surrey, BC-native wasn’t on Dr. Phil to promote the project, but rather to lend support to a 22-year-old aspiring Canadian rapper named Noah (aka Kilo the Architek), who is dealing with some of the same types of challenges Merk had to confront in the past.

“Noah says that as a child, his mother, Heidi, spoiled him to make up for the fact that his father wasn’t in his life,” the episode’s synopsis explains.

“He says he learned to like designer clothing and shoes – but that he also became lazy. The aspiring rapper says now, he has three problems in his life: ADHD and low self-esteem, which have led him to become a ‘bit of an alcoholic’ and smoke pot daily.”

Merkules on the Dr. Phil show

Merkules provides Noah with some great advice, as well as some great opportunities to help him push his rap career forward. Essentially, if Noah can stay clean for a month, Merkules will record a song with him at no charge, shoot a video for the song, and then release and promote it through his heavily followed social media channels.

It’s a great opportunity for Noah, and it’s great to see Merkules getting praise from members of hip-hop community for the gesture. Hopefully, more artists take Merk’s lead.

You can check out some clips from the episode below. Be sure to visit DrPhil.com for more info about the show and episode (entitled “My Rapper Son Needs a Reality Check”).