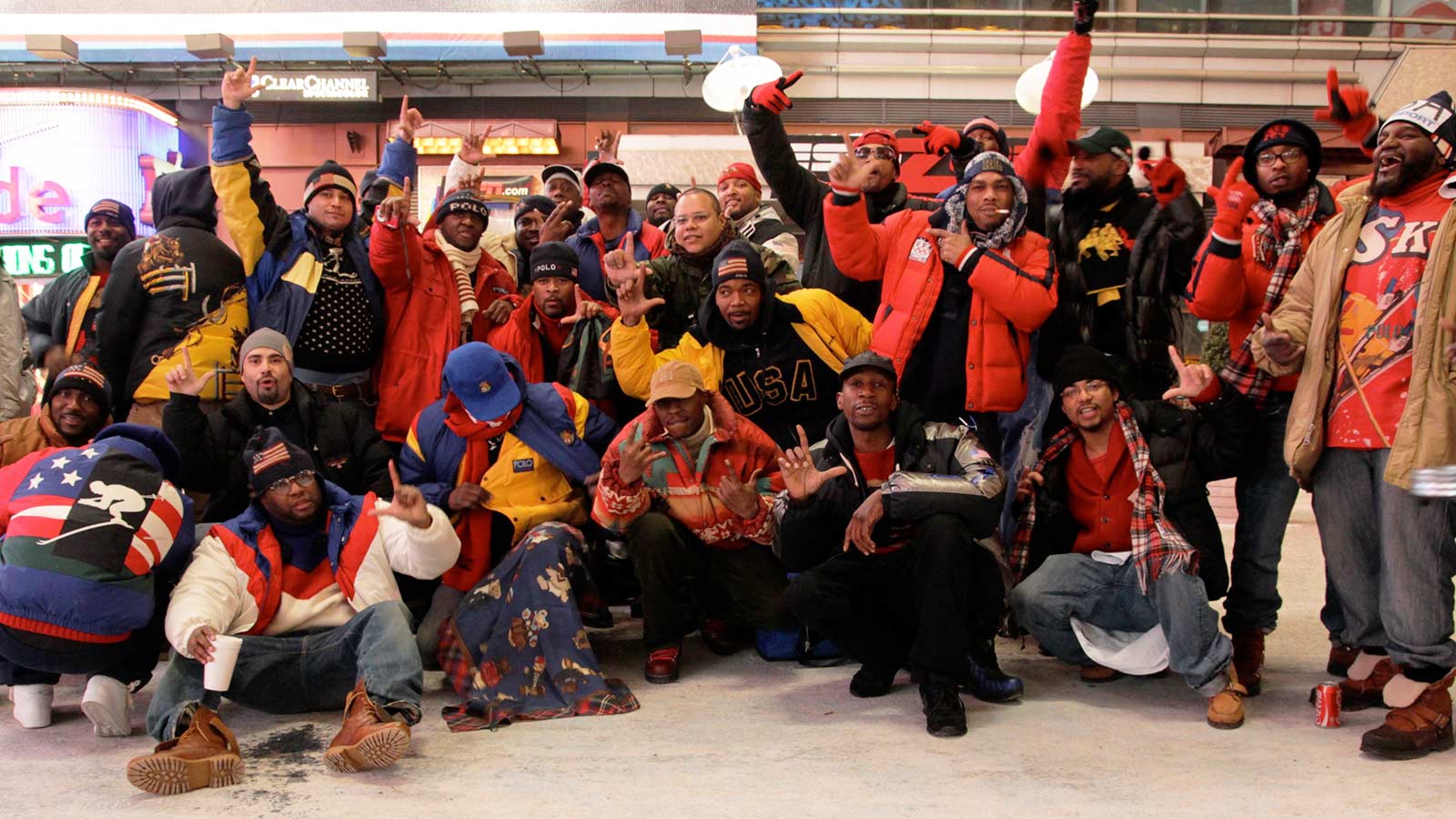 Prompted by George Floyd’s murder on May 25, 2020, major retail companies touted their commitment to racial justice. Some publicly supported the Black Lives Matter movement. The Vermont-based ice cream manufacturer Ben & Jerry’s went further and issued a list of actions aimed at “dismantl[ing] white supremacy in all its forms.“

Popular clothing company Ralph Lauren launched its own initiatives in 2020 and most recently in March 2022 when it announced a partnership with two historically Black colleges to design a commemorative clothing line. The Polo Ralph Lauren Exclusively for Morehouse and Spelman Colleges Collection is the brainchild of two company staffers, Morehouse alum James Jeter and Spelman alum Dara Douglas.

In the words of company founder Ralph Lauren, the partnership with Morehouse and Spelman offers “a more complete and authentic portrait of American style and of the American dream.”

For a company that prides itself on what it calls a “distinctive American perspective,” Ralph Lauren’s image is still limited in this new collection to the most respectable and easily monetized Black people that animate the Black American story.

In my forthcoming book, “Branding Black Womanhood: Media Citizenship from Black Power to Black Girl Magic”, I explore the history of this practice of wooing Black consumers through commercial campaigns that use social movement rhetoric.

Then, as now, my research has shown how America’s household brands have appropriated affirming images and slogans and transformed them into advertisements designed to attract middle-class Black shoppers.

Companies that packaged such products believed that they could secure a new, loyal Black customer base simply by representing them glamorously.

As the costs of Ralph Lauren’s new line of clothing reveals, wearing the latest fashion trend comes at a premium to often overlooked communities. 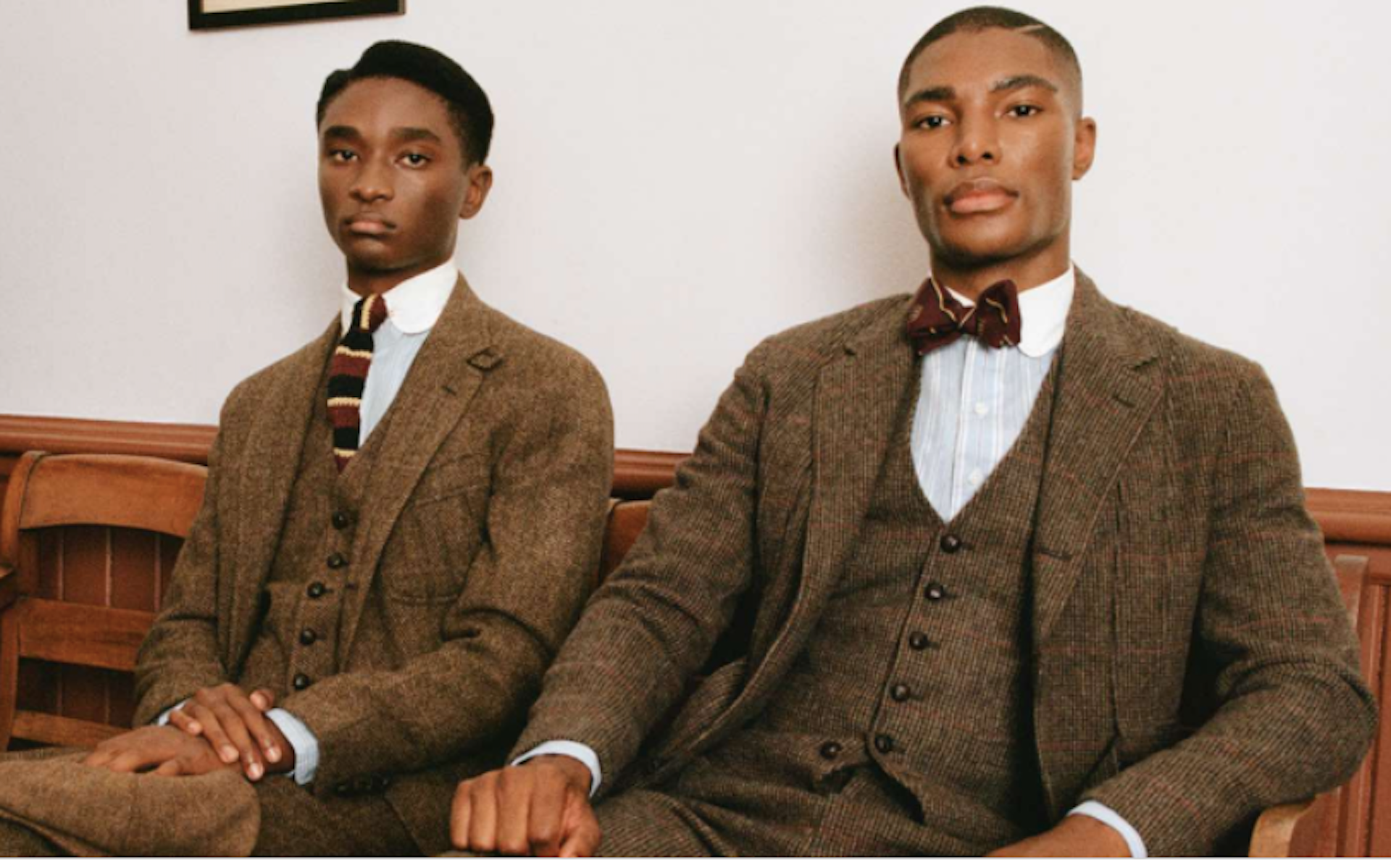 Prices for the Morehouse collection start at $69.50 for a maroon ball cap and soar to $2,498.00 for a wool coat. The least expensive item in the Spelman collection is a $98 silk scarf, with a $998 wool coat in the college’s signature sky blue landing at the high end.

A purported $1 trillion in Black buying power – a number contested by some scholars – is likely part of what draws Ralph Lauren to this project on Black history.

Yet, a racial wealth gap where the average Black family claims just under $13% of the wealth that the average white family holds, reported as $188,200 in 2019, suggests that the value of such celebratory campaigns is limited.

Shortly after the George Floyd murder, Ralph Lauren joined the rush of corporations releasing public statements with an open letter on racial equality on June 10, 2020.

The letter described systemic racism as “an American problem” and “a fashion problem” and summarized the company’s strategy for addressing its own failures. 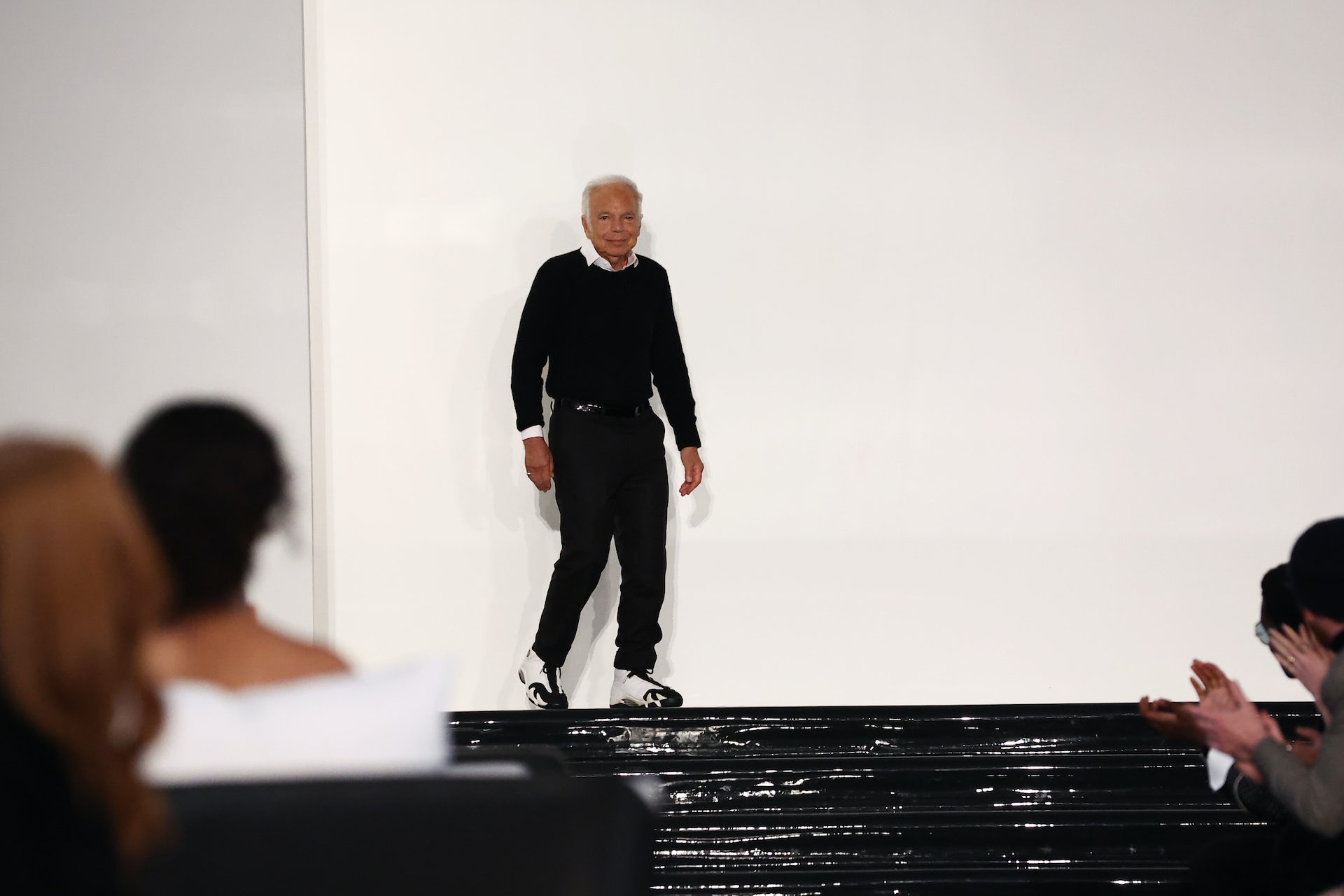 Since then, Ralph Lauren has unveiled its Morehouse and Spelman collection and explained that it has an even broader list of commitments. Among them is a $2 million pledge to the United Negro College Fund and “dedicated internship offers for HBCU students.” 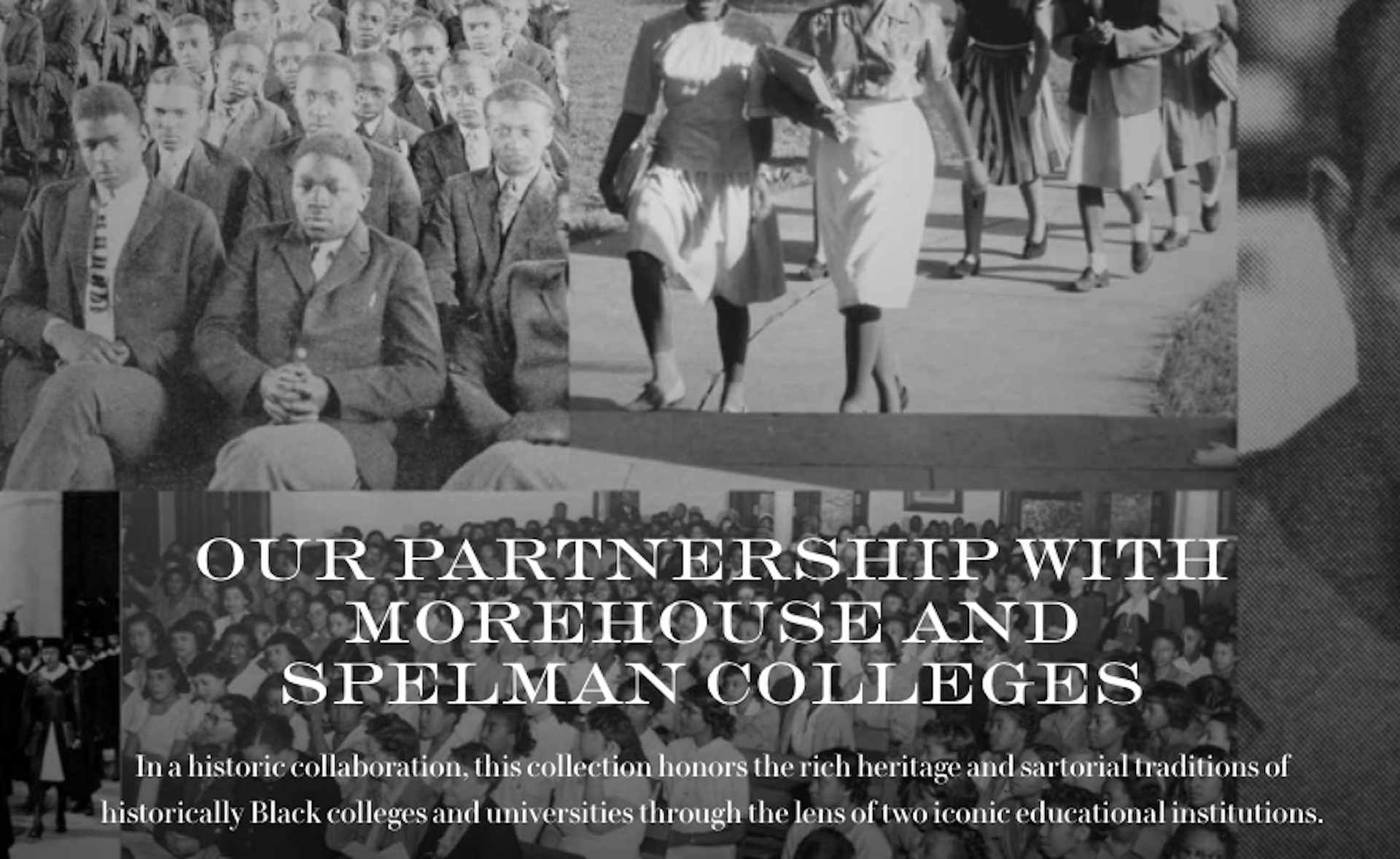 In addition, Ralph Lauren produced a documentary film, “A Portrait of the American Dream,” commemorating each institution’s legacy and the Ivy-esque style that students made their own from the 1920s through the 1950s.

The documentary is transparent about the brand’s intention to correct its limited framing of American style by “writing untold chapters” into the story of classic collegiate fashion.

Ralph Lauren’s belated recognition trails a long history in which Black communities have imbued American culture with a distinct aesthetic, especially in the realm of clothing.

In fact, the move by Ralph Lauren to spotlight Black style before 1960 overlooks a more recent and direct connection between Ralph Lauren and members of the hip-hop generation.

A group of young African American and Latino New Yorkers glorified the brand in the 1980s, attaching it to what was then an emergent, urban subculture. The group called themselves the Lo Lifes, a riff off the Polo name and a sarcastic admission that despite their affinity for the clothing, they were excluded from the brand’s white, upper crust, target customer.

Although Ralph Lauren initially resisted this less affluent fan base, the mostly one-sided love affair between hip-hop and Polo persists.

The idea of Black excellence is nothing new. Nor is commercializing Black pride. 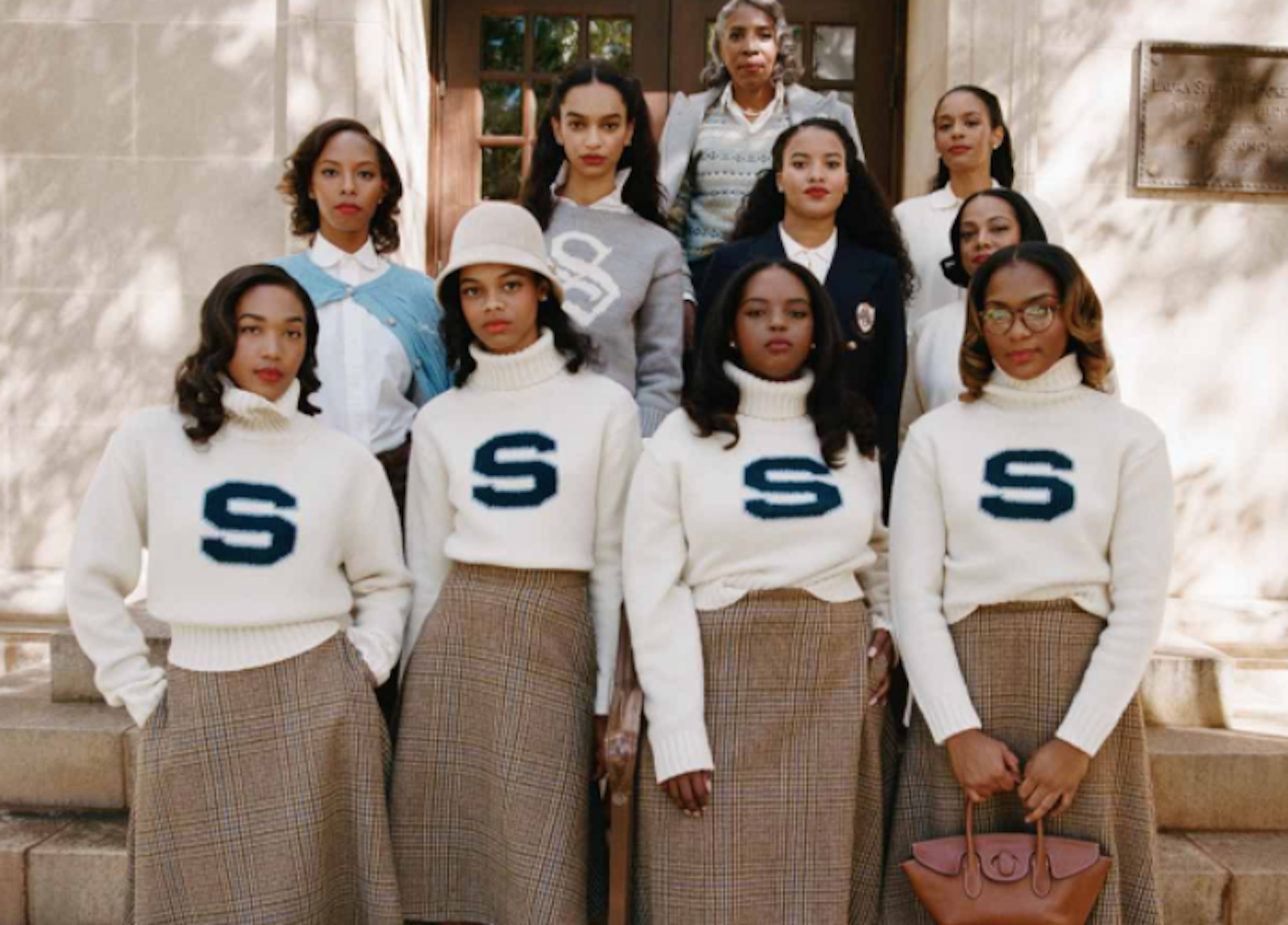 Even retailers such as Walmart are trying to cash in on Juneteenth, the holiday commemorating June 19, 1865, when Union soldiers reached Galveston, Texas, and compelled slaveholders to free the enslaved.

[Over 150,000 readers rely on The Conversation’s newsletters to understand the world. Sign up today.]

But questions remain on whether a new line of clothing can lead to a greater understanding of the spirit of Black excellence that fueled the Black students at Morehouse and Spelman during the Civil Rights era.

One thing is clear: Ralph Lauren has at least increased the visibility of Black life and culture during this era of racial reckoning.