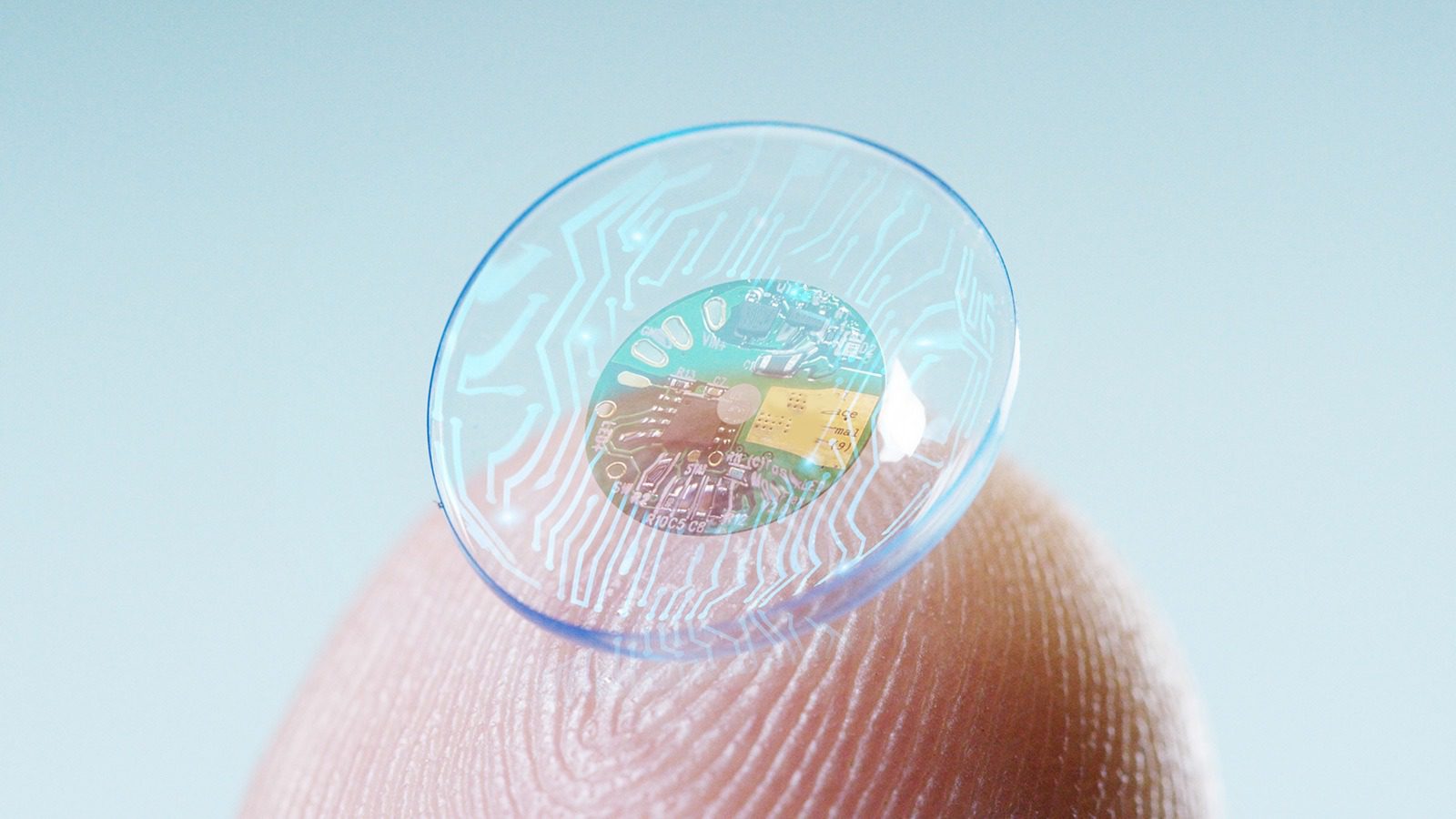 Contact lenses are the result of an accidental discovery made during the Second World War. Ophthalmologist Harold Ridley noticed that despite acrylic plastic shrapnel shards becoming embedded in the eyes of fighter pilots, it did not appear to cause any harm. This finding eventually led to the creation of hard intraocular lenses for the treatment of cataracts.

Over the years, new scientific discoveries have led to softer and more comfortable contact lenses. And now, research bringing together chemistry, biology and microelectronics is resulting in contact lenses that are straight out of science fiction.

The continuous monitoring provided by the contact lens could come in handy for people suffering from glaucoma. This lens can monitor changes in intraocular pressure throughout the day, and can responsively release drugs to alleviate the glaucoma. A similar lens, called Sensimed Triggerfish, has received regulatory approval in the United States and Japan.

Engineers in South Korea have applied a layer of graphene to contact lens to help shield the eyes from electromagnetic radiation. The thin graphene layer also reduces dehydration.

Developments in microelectronics and chemistry have contributed to the surge in projects and prototypes involving smart contact lenses. For example, there are already lenses that function as in-eye sunglasses, darkening and lightening in response to changes in light intensity.

California-based tech start-up Mojo Vision is working on contact lenses with an inbuilt LCD display, which opens up enormous possibilities. Similar to a head-up display projected on a car’s windshield, the contact lens can provide a wide range of information, from phone notifications, map directions and more.

It’s not too far-fetched to imagine that we will soon be able to use contact lenses to zoom in on distant objects.

As a chemical engineering doctoral student, I have been involved with projects focused on developing very thin nano-sized polymer films on contact lenses. These films enhance comfort and attach tiny sensors to the surface to prevent unwanted substances from sticking.

Challenges remain in scaling up the mass production of such products and keeping the price accessible. Critics have also pointed out that it is easier to correct vision deficiencies with advancements in laser technology.

The global contact lens market is predicted to expand, and we can expect to see a plethora of ground-breaking products being released. And as technology continues to develop contact lenses, smart contact lenses may one day replace smart phones and screens.