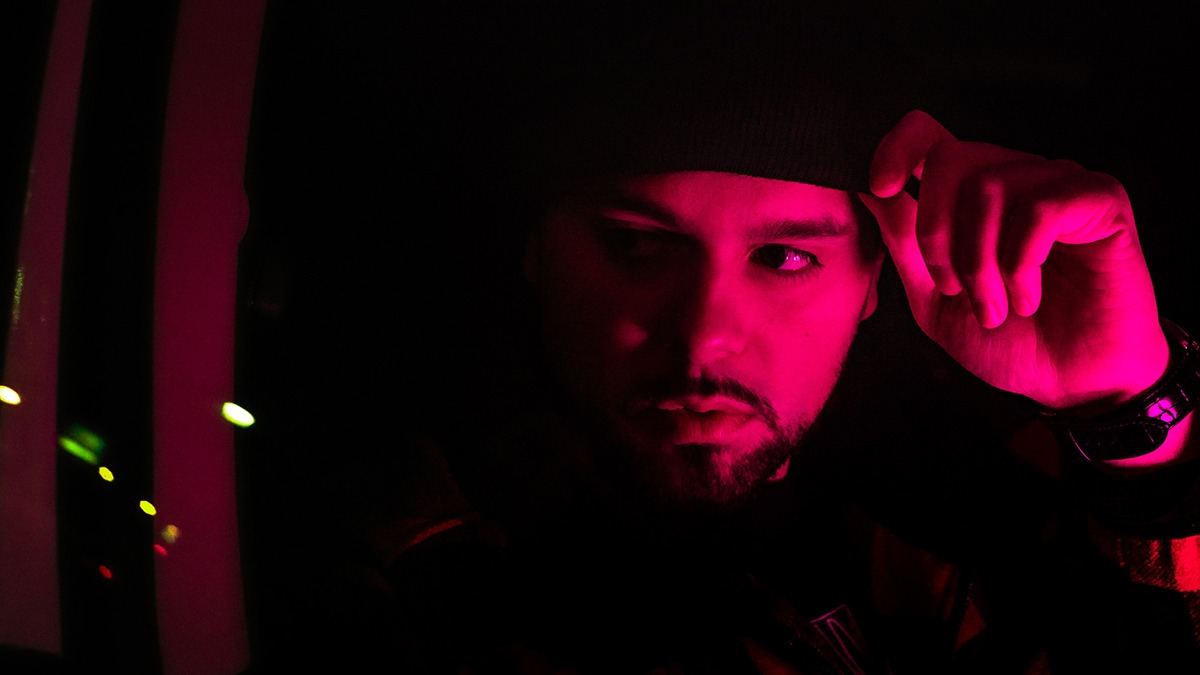 In the fall of 2010, Halifax rapper Quake Matthews released his 14-track album debut, The Myth, via Paramedik Music and IV League. The project featured some of the East Coast’s biggest names–artists like Classified, JRDN and Kayo–as well as other notable features including Royce da 5’9″, Choclair, and others.

Now, more than 10 years later, Quake is gearing up for the release of his latest project, The Myth X, scheduled to drop later this year. The “DFWM” rapper is currently just over two weeks into the album’s promotional campaign which officially kicked off on Jan. 25 with the release of his Big Joe-produced single, “Live Forever.” Quake released the accompanying visual a week later, which was directed by Christian Ghosn, shot by Ghosn and Liam Jordan, and edited by Ghosn and MooseCanFly. It was the first of several visual aids planned for the release.

Since then two other singles have dropped including “Global” and “Last One Left.” Along with being some great new tunes from of Canada’s most talented lyricists, the “Myth Music” rollout brings a shot of nostalgia with clear inspiration coming from MuchMusic on the supporting artwork and marketing materials. There’s also some hilarious adaptations of some segments you might expect to see on Much, such ‘Myth on Demand’ and ‘Video on Trial.’

“MuchMusic and BET was literally all I watched as a kid,” explained Quake in a recent interview.

“Before YouTube took over as the video platform, my big dream was to someday make it on MuchMusic. In 2010, the year of my debut album, that finally happened during the Christmas holidays. My family was eating breakfast with MuchVibe playing the background and my video for ‘Just Got Home’ came on. I’ll never forget that feeling, it was an inexplicable high. Me feeling that same nostalgic energy of my debut album during the making of this project kind of lead me in that direction for the roll out.”

The latest video is “Global” which was directed, shot and edited by MooseCanFly, and Quake is also creating other forms of visual content to support the release via MythMusicTV. The entertaining and informative “Cooking With Quake – Naan Bread” dropped just yesterday and it even comes with a list of ingredients for anyone looking to try it at home.

Quake’s MythMusicTV campaign has given fans a ton of throwback footage, and Much related clips which are just adding to the overall anticipation for the project. While the goal is to provide an actual music video for each song on the project, the pandemic has made it a bit trickier to pull things together seamlessly.

“I pride myself on being able to adapt,” said Quake.

“It’s half of the fun for me honestly. Instead of making excuses or quitting, I love the challenge of conquering road blocks. I don’t want to give too much away, but when people see this roll out, it’s gonna speak for itself.”

We reached out to Quake to discuss the campaign and to ask him what the expect from The Myth X. We also discussed the inspiration behind the lead single, “Live Forever,” the legacy he hopes to leave, overcoming obstacles as an artist during the pandemic, possibly kicking off a new show on Swearnet, and even more.

You can find the full Q&A below along with the video for “Global.” You can find all of Quake’s new releases on any major streaming platform including Apple Music and Spotify. You’ll also find Quake on the cover of our official Spotify playlist, Canadian Fresh.

HipHopCanada: Quake, welcome back to HipHopCanada! Hope your 2021 has gotten off to a good start. Are you the type to make New Year’s Resolutions? If so, do you have any you can share with us?

Quake Matthews: Naw, I think everything is a gradual process, I’m just trying to do a little better in every aspect each day. I view it more as a long game rather than trying to make short term drastic changes that aren’t sustainable.

HipHopCanada: 2020 will go down for the foreseeable future as the “worst year ever” by pretty much anyone you ask. 10-15 years from now, what do you think you’ll remember the most about the year?

QM: Honestly, I believe in polarity, so as bad as it was, I think there was just as many positives to come out of it.

My girl was working in a nursing home so our visits had to be from 6 feet away and outside for like 4 months. It allowed us to have deeper conversations and really have a better appreciation for each other.

It gave me more time with family as well, time to really cherish what I gave.

Also with everyone being inside, it opened up a lot of opportunities for me, such as interviewing my heroes and being able to rap on IG Live for people like Sway, Charlie Sloth and Bootleg Kev.

HipHopCanada: How do you feel about Trump leaving office?

QM: I’m not too political, I have to admit, the entertainment factor he brought was a guilty pleasure of mine, however I think the way things turned out are likely for the best (Laughs).

HipHopCanada: Let’s talk about your new project. Congrats on The Myth X. It’s been 10 years since the release of your album debut, The Myth. How have you grown as an artist since then?

QM: I put in my 10,000 hours, been around the world and graced thousands of stages and studios. I really discovered who I am as an artist, and polished my sound to the point it’s now second nature.

I honestly feel like I’m on my first album again because when I started the goal was to be respected as an artist in my city, but this time around I want to do it on a global scale. I look at the first 10 years as minor league experience, and this is finally my big league debut.

HipHopCanada: How did the first single come together? What inspired the song?

QM: I wrote “Live Forever” after I watched a Will Smith interview. In the interview he said, “You don’t set out to build a wall. You don’t say, ‘I’m going to build the biggest, baddest, greatest wall that’s ever been built.’ You don’t start there. You say, ‘I’m gonna lay this brick as perfectly as a brick can be laid,’ and you do that every single day, and soon you have a wall.”

That really resonated with me as I have always had a similar outlook when it came to music. My ambitions go beyond just trying to be the next hottest thing of the moment. I want to be a legacy artist, I want my music to live forever.

My approach has always been to build my legacy one brick at a time. Although the road to success may take longer, the foundation is stronger and I know that’s the key to lasting a long time, or “Living Forever.”

HipHopCanada: What’s the difference between The Myth and The Myth X?

QM: Time, knowledge and experience. The result of learning from 10 years of mistakes.

HipHopCanada: How did the concept for “Myth Music” come about? I think it’s a really great way to roll out a project!

MuchMusic and BET was literally all I watched as a kid. Before YouTube took over as the video platform, my big dream was to someday make it on MuchMusic.

In 2010, the year of my debut album, that finally happened during the Christmas holidays.

My family was eating breakfast with MuchVibe playing the background and my video for “Just Got Home” came on. I’ll never forget that feeling, it was an inexplicable high.

Me feeling that same nostalgic energy of my debut album during the making of this project kind of lead me in that direction for the roll out.

I wanted the aesthetic to match the energy I was feeling during the creation process. And coincidentally “MYTH” fits very nicely into the “MUCH” logo. Once we started playing around with some designs, it was really a no brainer. 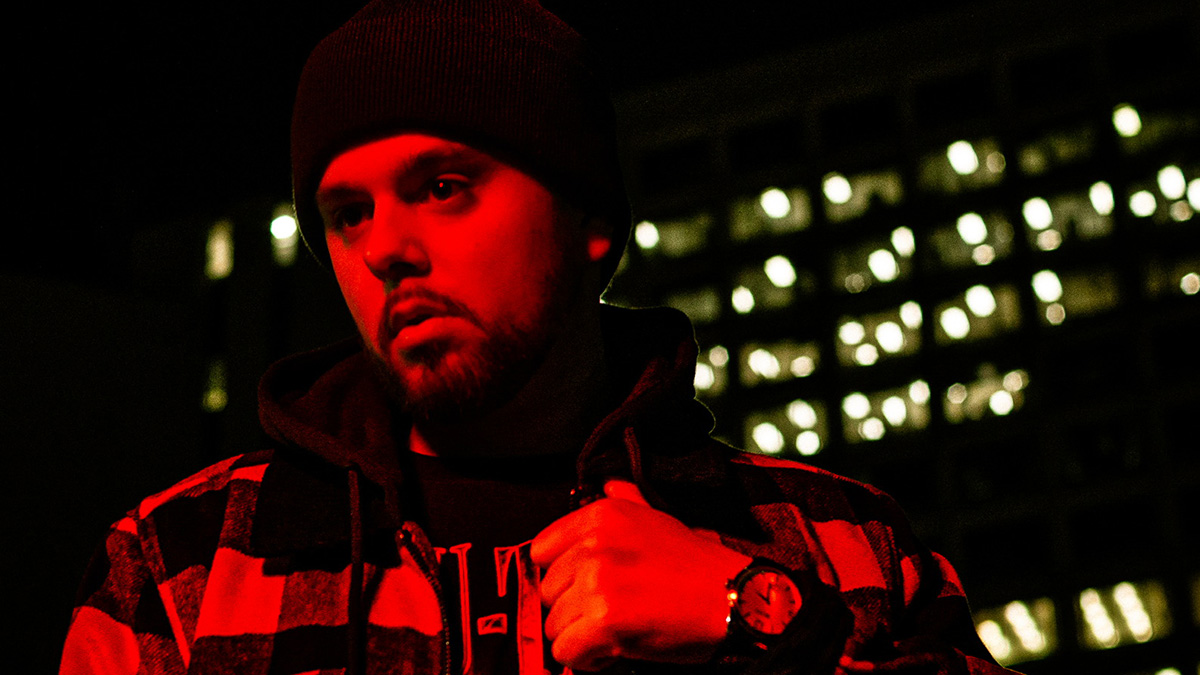 HipHopCanada: Do you ever find yourself tuning into MuchMusic to see what’s on? Can always count on them for Seinfeld reruns these days.

QM: Barley, I’m mostly on crave or Netflix these days.

Funny you said Seinfeld, every night before bed I watch that or Curb [Your Enthusiasm] on my phone to fall asleep.

HipHopCanada: You’ve got a really dope supporting cast onboard for The Myth X. How did you determine who you wanted to include?

QM: Everything was just organic, to be honest. Everyone on there is people I fuck with.

HipHopCanada: Down the road, when you look back at this stage of your career, what memory of creating this project will standout the most?

QM: I think the fact that we basically had no budget and created an incredible project and roll out.

Every odd was against us. We shot all the videos and content during a province wide lockdown. I also learned how to mix and master and did the whole album myself. I’ll be most proud of the perseverance, we literally made something out of nothing.

HipHopCanada: Can you discuss the video support we can expect The Myth X to receive?

QM: There will be a new video every Friday for five weeks starting Jan. 25th. But honestly the goal is to shoot a video for every song on the project.

HipHopCanada: That said, and in light of the MuchMusic-theme for the project, I wanted to ask you about your approach to creating music videos. Do you approach making videos differently knowing there’s really no Canadian TV network airing them anymore?

QM: Again, it was really tough to try to make videos work during the province wide lockdown. I don’t know how it is in the rest of the country, but from what I gather, Nova Scotia was the most strict with restrictions.

I wasn’t thinking about TV at all, it was more so trying to figure how to make something dope with limited recourses. I think we pulled it off to the best of our ability.

HipHopCanada: As we’re still dealing with this COVID-19 pandemic, how do you plan on promoting the project to compensate for not being able to employ traditional methods like touring?

QM: I pride myself on being able to adapt. It’s half of the fun for me honestly. Instead of making excuses or quitting, I love the challenge of conquering road blocks. I don’t want to give too much away, but when people see this roll out, it’s gonna speak for itself.

HipHopCanada: You mentioned that your approach has always been laying one brick at a time, when it comes to building your legacy. What do you want that legacy to be?

QM: I want my music to live forever. I don’t want to be the hottest thing of the moment, I want to be the soundtrack to pivotal moments in people’s lives. That’s the shit that lasts a lifetime.

HipHopCanada: In 2020, you were regularly connecting with fans on your Instagram Live through various engaging segments. Do you have any planned for 2021?

Of course, I cherish my fans for real. Without them I wouldn’t be shit. I actually have about 200 of them locked in my phone and text with them on a regular basis.

HipHopCanada: Are you still podcasting?

Also I was talking with Mike Smith (the actor who plays Bubbles on TPB) this week, and he offered me a show on their Swearnet network. We are in the process of ironing out the details as we speak.

HipHopCanada: What else do you have planned for 2021?

QM: My two main goals are to flood the music, and get better at golf (Laughs). 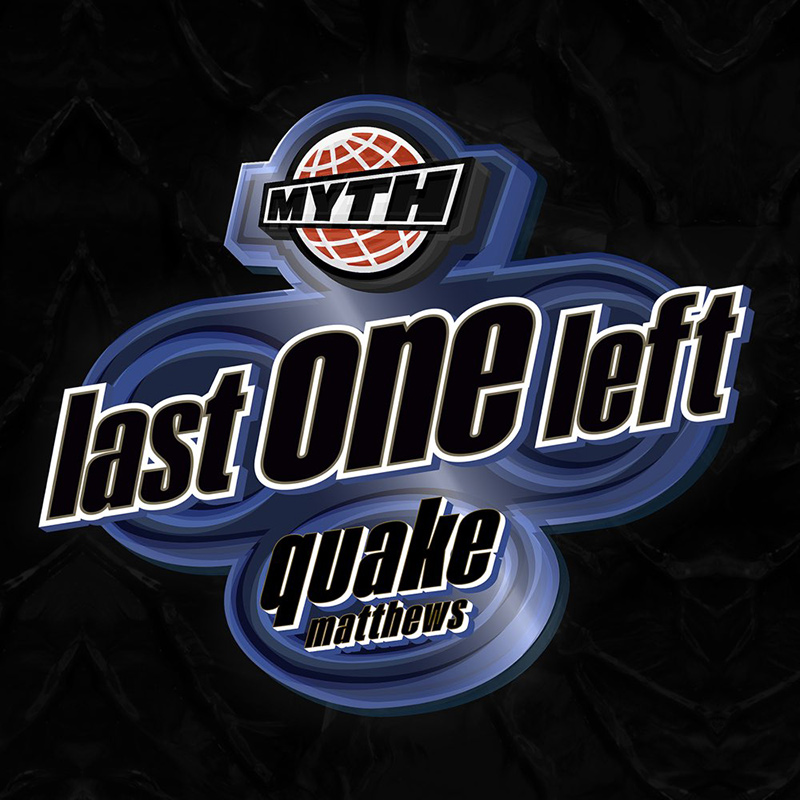 —
Written by Jesse Plunkett for HipHopCanada