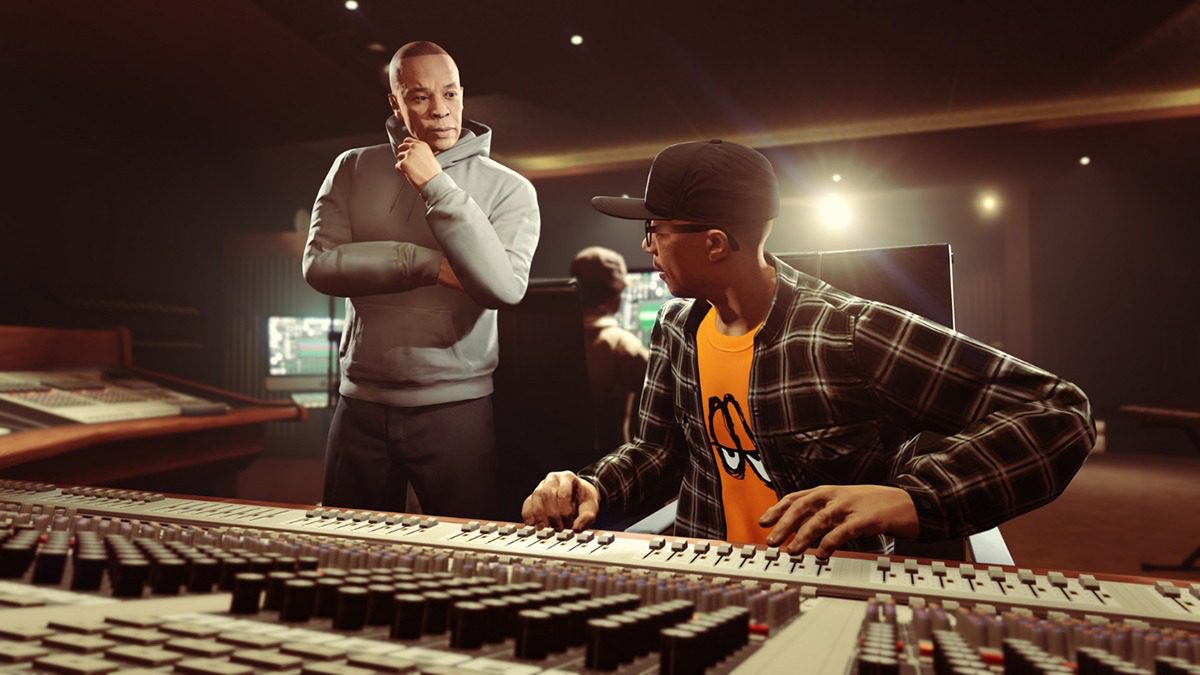 A few days after a snippet of a new Dr. Dre and Eminem song was posted on Instagram by Stat Quo, Dre has uploaded the song “Gospel” to his YouTube channel. Along with “Gospel,” he’s also released a huge collaboration with the late Nipsey Hussle and Ty Dolla $ign called “Diamond Mind.”

Both songs are part of the new Grand Theft Auto Online update, The Contract, which drops today through Rockstar Games. On Sunday, Dre posted a slick clip from the game which featured him recording “ETA” in the studio with Aftermath Entertainment recording artist Anderson .Paak. The connection isn’t a huge surprise, considering Dre’s earlier GTA V appearance, and since Snoop Dogg had already revealed back in October that the Dre had new music coming through the popular gaming franchise.

“I do know he’s in the studio,” said Snoop on SiriusXM.

“I do know he’s making great fucking music. And some of his music is connected to the GTA game that’s coming out. So, I think that that will be the way that his music will be released, through the GTA video game.”

Earlier today, Stereogum published a story breaking down the new Dre music that can be found in The Contract, which is unfortunately exclusively available to GTA players at this time (aside from what Dre uploaded). That said, Stereogum took the trouble to find YouTube uploads of the rest of the new tracks, and you can take them in on their website. You can check out “Gospel” and “Diamond Mind” below.

“But this Grand Theft Auto expansion has six new songs, and most of those new songs have big guests. ‘Gospel,’ for instance, pairs Dre up with his old protégé Eminem, and longtime associate the D.O.C. gets in a few lines at the end. Anderson .Paak, who truly broke out after appearing on Dre’s Compton album in 2015, is on ‘The Scenic Route’ alongside his Silk Sonic partner Bruno Mars, as well as Rick Ross. On ‘ETA,’ Dre and .Paak join forces with Snoop Dogg and Busta Rhymes. Ty Dolla $ign and the late Nipsey Hussle appear on ‘Diamond Mind.’ On the songs ‘Black Privilege’ and ‘Fallin Up,’ Dre flies solo.” – Stereogum

Along with the new tunes, the iconic rapper and producer also has a mission dedicated to his involvement, with the player needing to find his exclusive tracks, and returning them to him. Head to the Rockstar Games website for more information about The Contract.