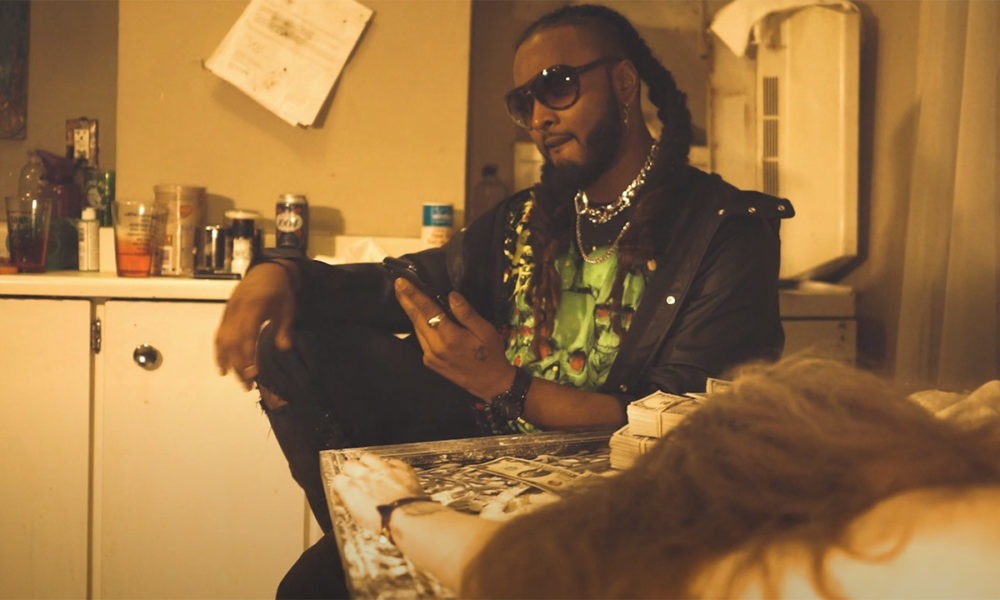 Toronto up-and-comer DOPEFA$E of the Dead Beat Posse has released a new video in advance of his Death Dealer: 27 KLVB album.

“White Lighter” was produced by Do$ey and the video was shot and directed by Justin Alexis.

Scene from the “White Lighter” video

The track has yet to hit digital streaming platforms but you’ll be able to find it on June 6 along with the rest of the Death Dealer album.

In the meantime, you can find the Lord Tommy Long-assisted “Spit” on on our official Spotify playlist, Canadian Fresh.