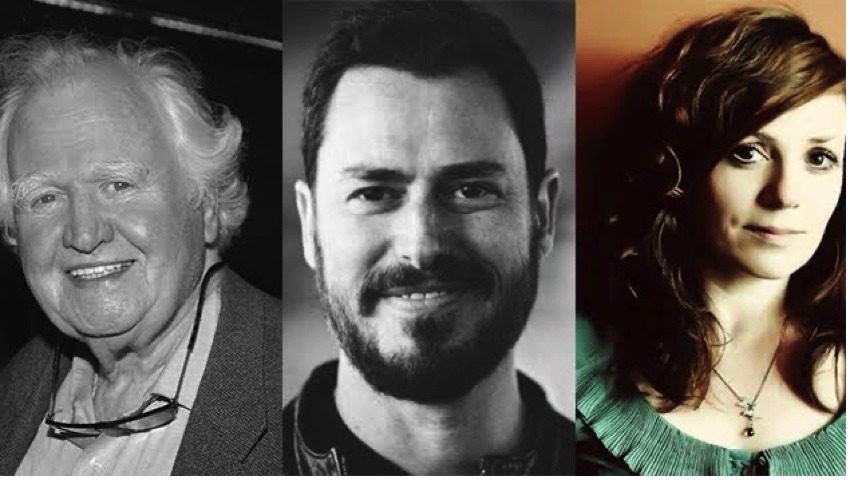 SongWriter is a podcast of stories and “answer songs,” hosted by Ben Arthur and featuring Roxane Gay, Ted Leo, Joyce Carol Oates, Susan Orlean, Sarah Jaffe, and Gary Shteyngart. The second season launches on June 9, but you can listen early exclusively at Paste

My friend Rita Mullaney took me to meet Malachy McCourt because she said he had a story I should hear. Malachy is the brother of Frank McCourt, who wrote the Pulitzer Prize-winning memoir Angela’s Ashes about the grinding poverty they endured as children in Ireland. Malachy, who is 87 years old now, told me about a walk he took with his father when he was a boy, and about drinking from a well with magically cool, clear waters. Years later he came back to visit the well again, but it had disappeared.

I wasn’t sure what to make of the story at first, and wondered why this moment was on Malachy’s mind. I asked about his father, who had abandoned the family shortly after their walk in the country. Malachy told me that later when he was in the air force he went to look for his father, and eventually found him in jail—he’d been locked up for drunk and disorderly conduct. Malachy remembered the pity he felt when his father was led into the prison visiting room wearing ragged clothes and mismatched shoes.

I sent the story to my friend Louise Cairns, and a few weeks later she emailed me her song, “Baby Rocks,” written from the point of view of a father stealing away from his sleeping child. Louise said that Malachy’s portrait was so rich and full and warm that she felt compelled to inhabit the father’s side of the story. Both of us had been struck by the kindness of Malachy’s remembrance, especially considering the suffering the family had endured after his father left. Louise wondered aloud whether this sweet portrait was a reflection of Malachy’s childish impression of his father. The less you have to hold on to, she pointed out, the more precious those things are. Malachy had not known his father very well, so this rare moment of kindness and wonder might have a fearsome, unsustainable weight.

It occurred to me then that the story could perhaps best be understood as an allegory: Malachy’s childish vision of his father had disappeared in the cold reality of adulthood, and so did the magical well.

You can hear Malachy’s story and Louise’s song written in response at Noisetrade, and prior episodes featuring Roxane Gay, Ted Leo, Susan Orlean, Joyce Carol Oates, and others at SongWriter or wherever you get podcasts.

If YOU have an artistic response to any of the stories and songs on SongWriter, post it and tag Ben Arthur (@MyHeart on Twitter) for a chance to be featured in the final episode of the second season, which will include a story from actor and comedian Michael Ian Black.