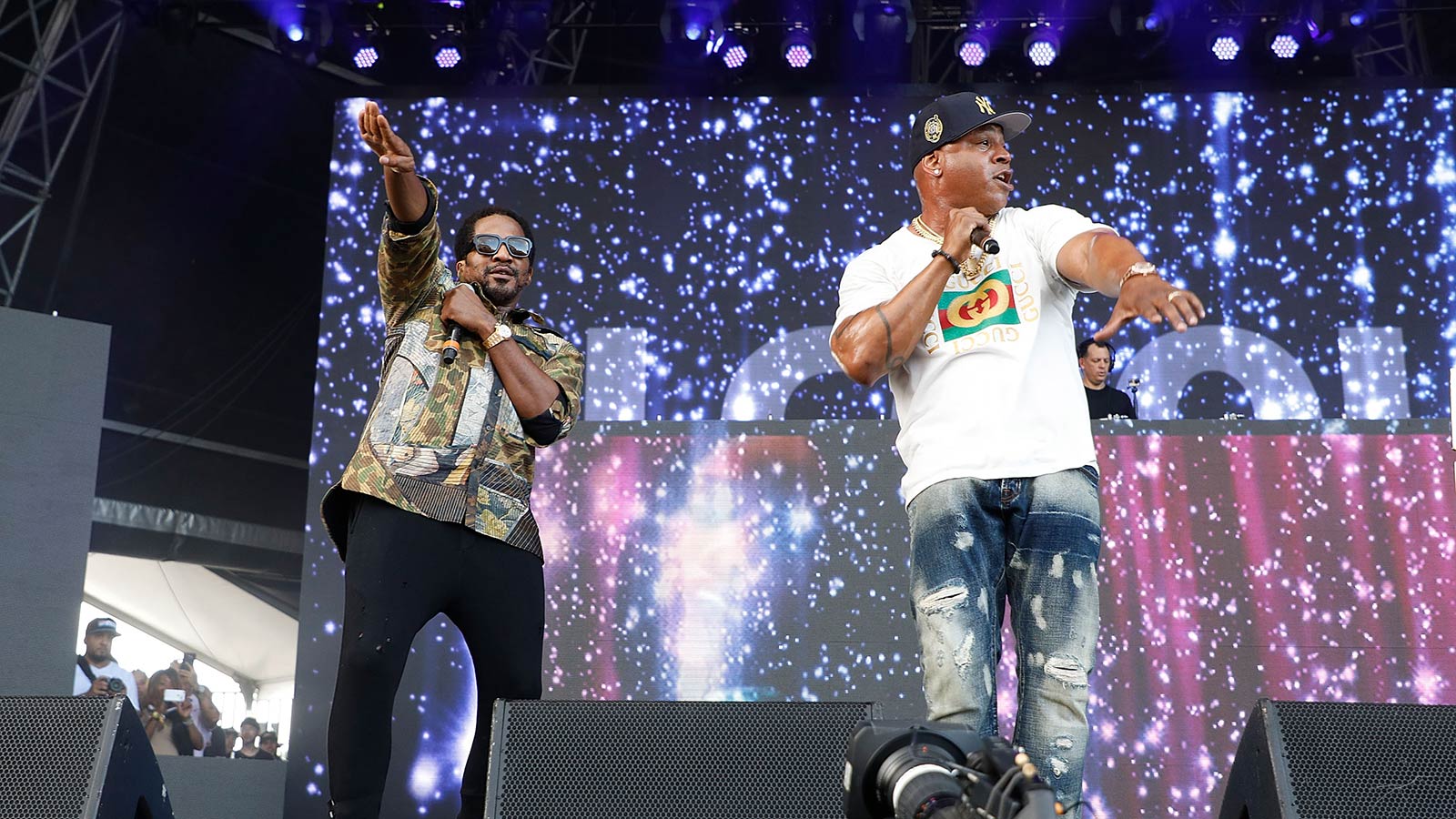 From the earliest days of hip-hop, rap artists have referenced the extraterrestrial to help us escape our earthbound existence.

In “Rapper’s Delight” – the pioneering 1979 rap song by the Sugarhill Gang that ushered hip-hop into the mainstream – Master Gee recites: “I’m gonna freak ya here, I’m gonna freak you there / I’m gonna move you outta this atmosphere.”

Since then, rap artists have regularly invoked outer space. They have even seen their tracks played on planets other than Earth. In 2012, will.i.am teamed up with NASA to debut his song “Reach for the Stars” on Mars via the rover called Curiosity. Others in the hip-hop community have been less enthused by interplanetary exploration. In their 2016 song, “The Space Program,” the legendary rap group, A Tribe Called Quest, casts doubt over whether America’s space program is meant for everyone, namely poor people and people of color.

The group laments that “they” would prefer to “leave us where we are so they can play among the stars.”

“We’re taking off to Mars, got the space vessels overflowing / What, you think they want us there? / All us n-gg– not going.”

As a scholar and hip-hop artist, I know that how rap lyrics talk about space tells us as much about what is going on Earth as it does our imaginings of beyond. My view on the future of space exploration hovers somewhere between the optimism of will.i.am and the pessimism of Tribe. That is to say, while I know that space exploration is an inevitable part of the human journey, I also believe that it pays to remember both past and present realities here on Earth, particularly when it comes to issues of race and oppression.

Along those lines, it’s also important to examine how space is viewed, what purpose it will serve and for whom. Will it be for everyone? Or will it be yet another attempt at the expansion of white global dominance?

I believe our world is shaped by the language we use to describe it. Various scholars and Black astronauts – from aspiring to retired – have called attention to worrisome language being used to describe humanity’s aims and objectives in outer space.

For instance, retired NASA astronaut Leland Melvin – known as @Astro_Flow in the Twittersphere – has pointed out how it’s problematic to talk about “colonizing” Mars.

“Even if words like ‘colonization’ have a different context off-world, on somewhere like Mars, it’s still not OK to use those narratives, because it erases the history of colonization here on our own planet,” Melvin told National Geographic in 2018.

How we talk about outer space can influence whether children of color see themselves going in the future, argues Shelli Brunswick, chief operating officer at the Space Foundation, a nonprofit that advocates for space innovation as well as diversity and inclusion.

“People are not inclined to consider fields where they don’t have a role model or where they can’t find someone with whom they can identify, whether it’s by their race, gender, economic situation, educational background or something else,” Brunswick told The Conversation for this article. “This is especially true with children.”

As stated by education professor Gloria Ladson-Billings – a pioneer and proponent of what is known as “culturally relevant pedagogy” – one effective way to inspire students is through hip-hop, one of the top music genres in the U.S. and the world. With those things in mind, anyone concerned with the future of space exploration might do well to consider how America’s classrooms are fitted for sound and what’s playing through the speakers.

As poet Nikki Giovanni stated in “Quilting the Black-Eyed Pea”: “To successfully go to Mars and back / You will need a song.”

In that spirit, what follows is a 10-song hip-hop space exploration playlist – one that spans four decades – with interplanetary lyrical references. 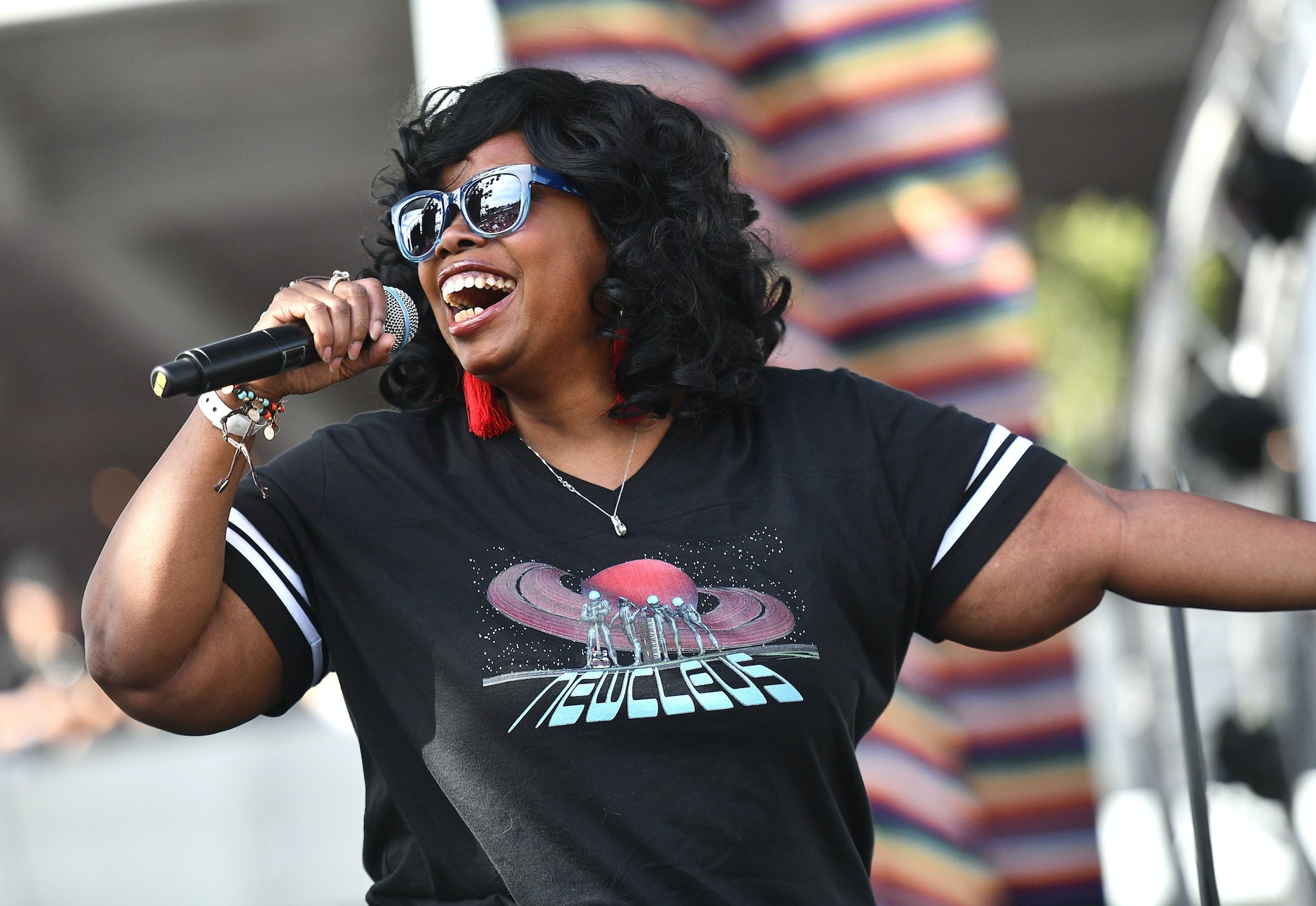 “I’ll be your cosmic tour guide on this trip through the galaxy /
I’ll fly no destination, here’s the edge of the Milky Way /
Until we’re at this party, so please do what I say” / 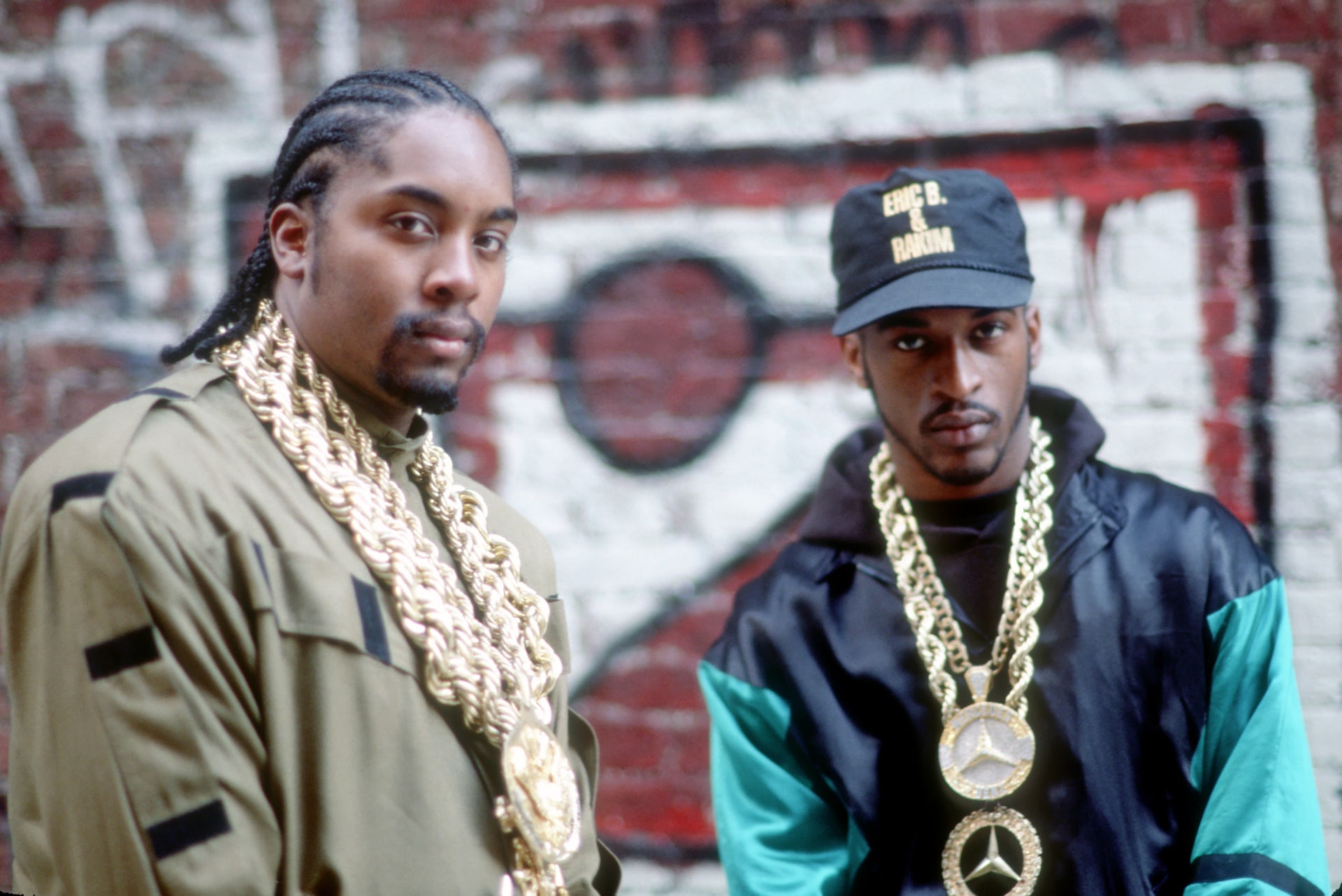 “So follow me and while you’re thinking you were first /
“Let’s travel at magnificent speeds around the universe /
“What could you say as the Earth gets further and further away /
“Planets as small as balls of clay /
“Astray into the Milky Way, worlds out of sight /
“Far as the eye can see not even a satellite” 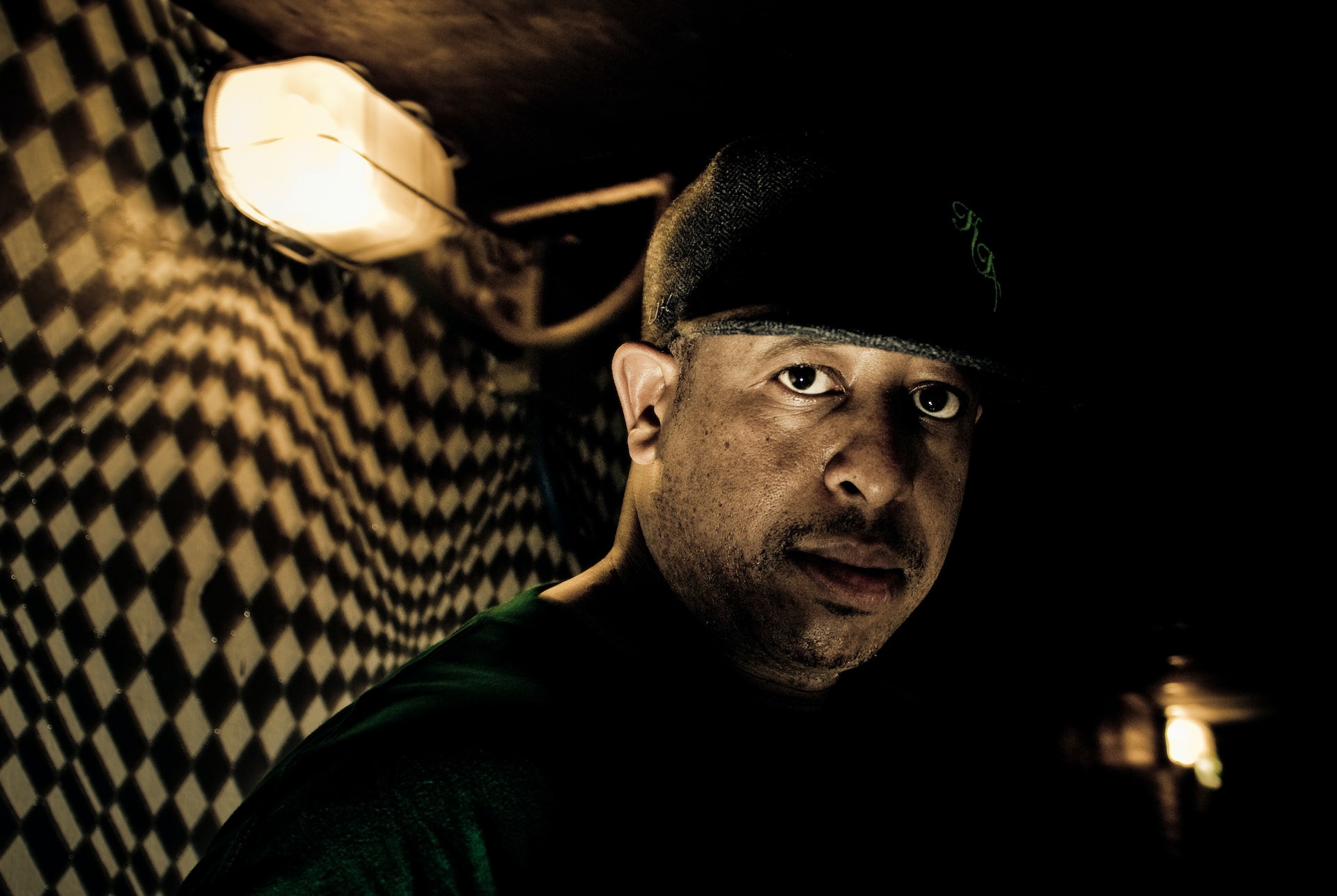 Samples a speech by JFK:
“The moon and the planets are there /
“And new hopes for knowledge and peace are there /
“And therefore, as we set sail, we ask God’s blessing /
“On the most hazardous and dangerous and greatest adventure /
“Of which man has ever embarked” 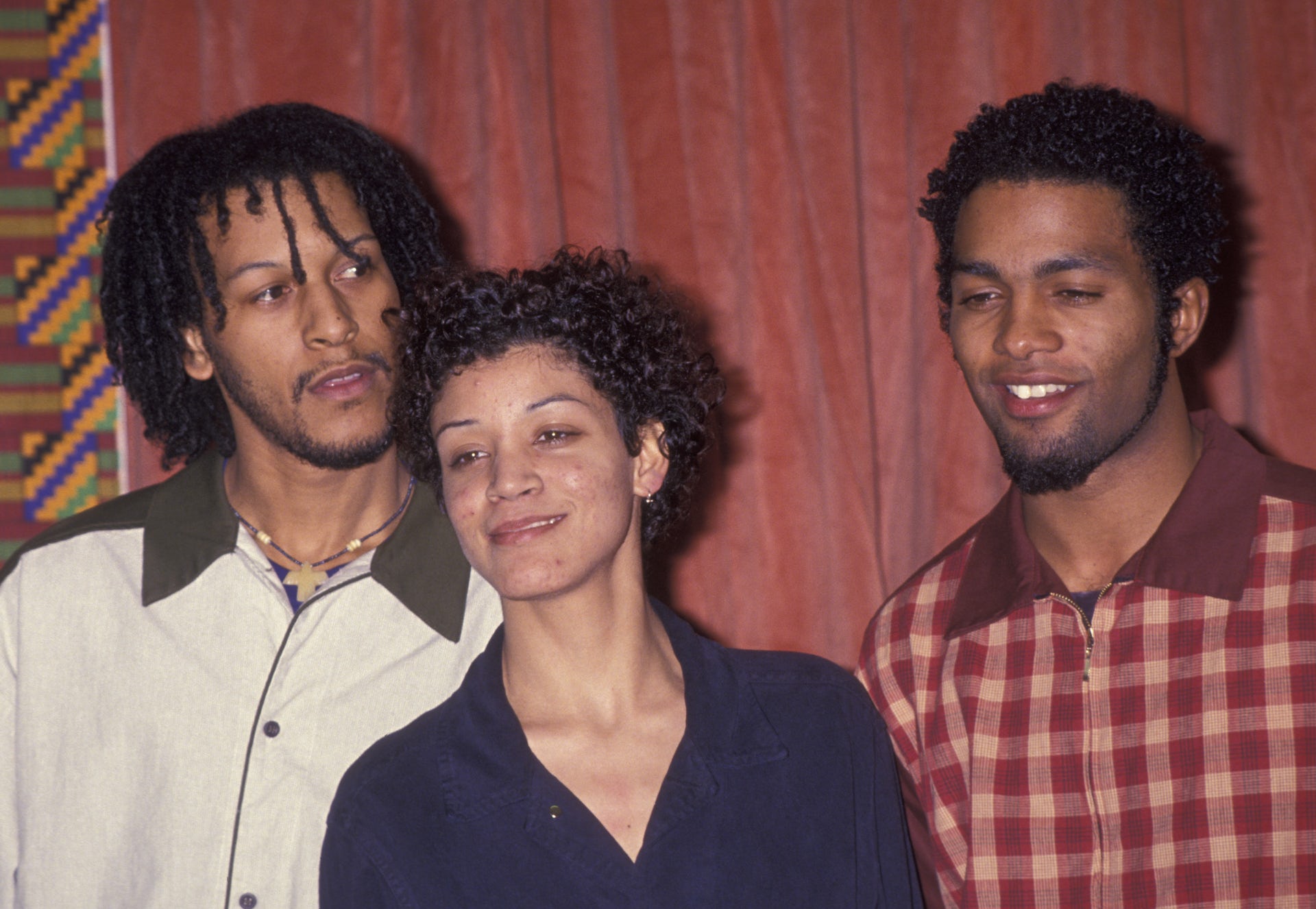 “Tell my pops I’m out earthbound with the crew /
“He said, “Butterfly may the boogie be with you” /
“Left my moms a note with these quotes on a trunk /
“It says ‘I split to earth to resurrect the funk’” 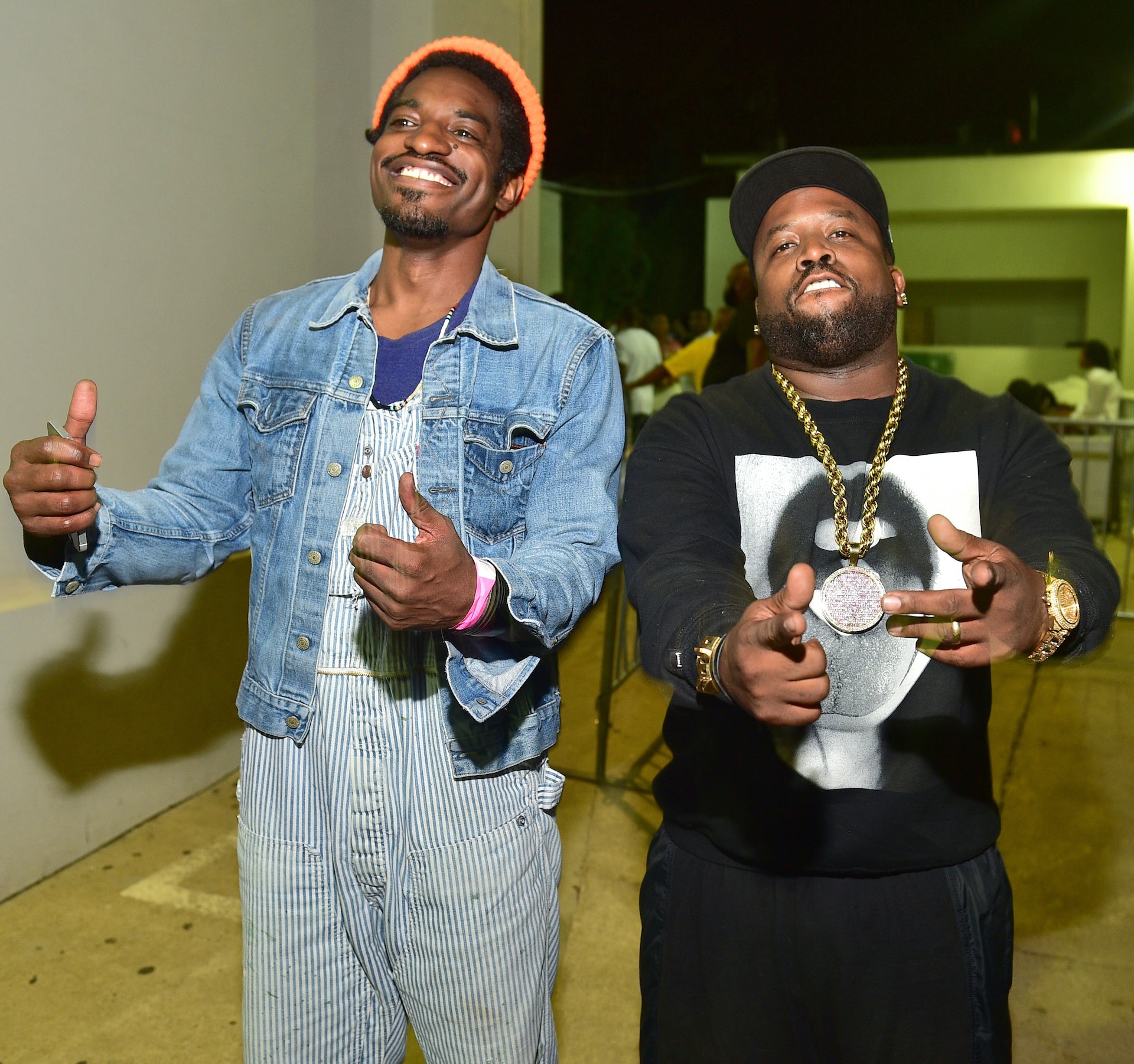 “‘Cause in a sense see we all be kind of fly /
“Just can’t be scared to spread your wings, head to better things /
“Maybe the mockingbird and nightingale they want to sing /
“Keeping this thing alive, to the table’s what we bring /
“We like hailstorms and blizzards in the middle of the spring /
“Extraterrestrial, out of this world” 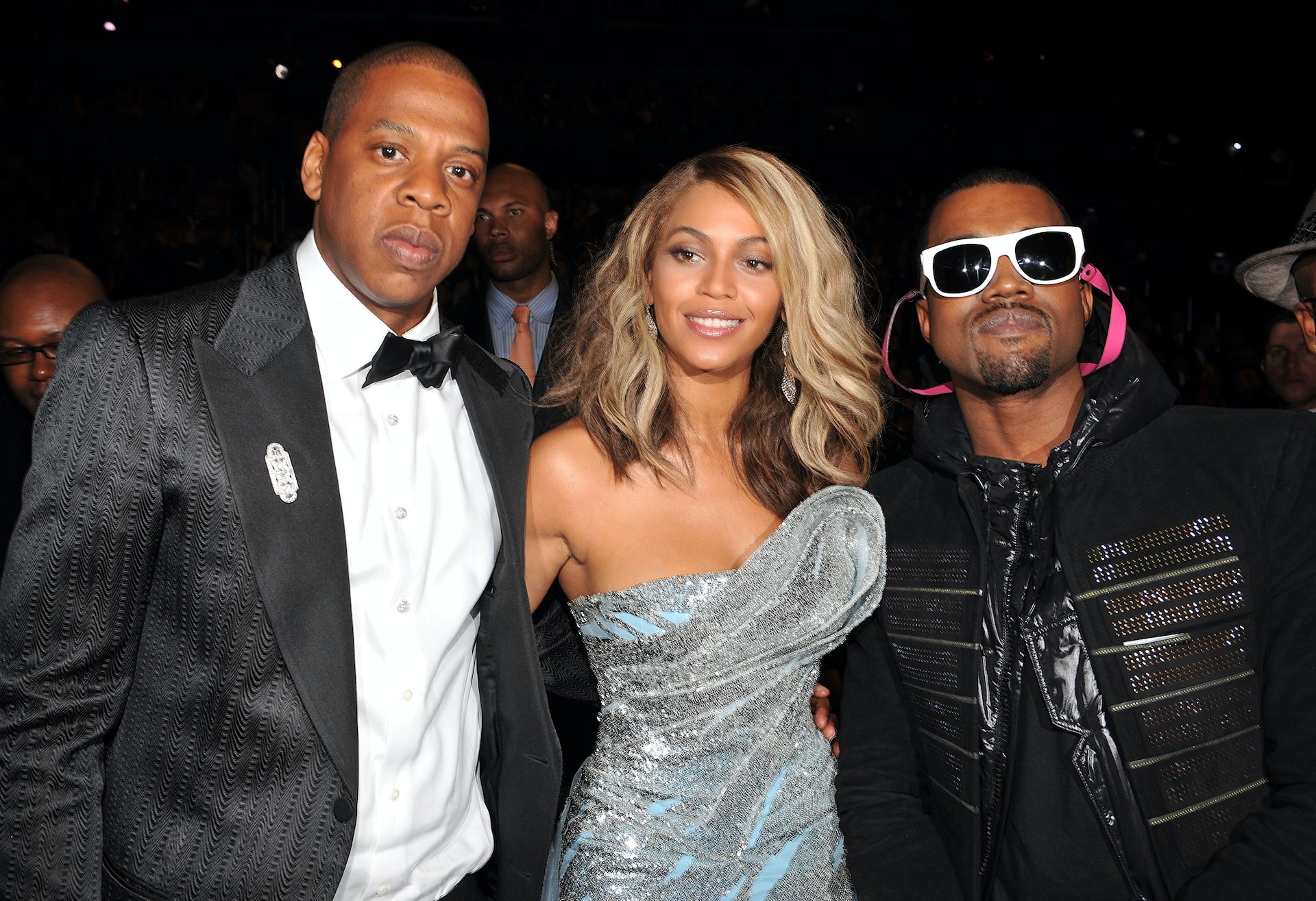 “How many people you know can take it this far? /

“We ’bout to take this whole thing to Mars (lift off) /

“We ’bout to take this whole thing to Mars” 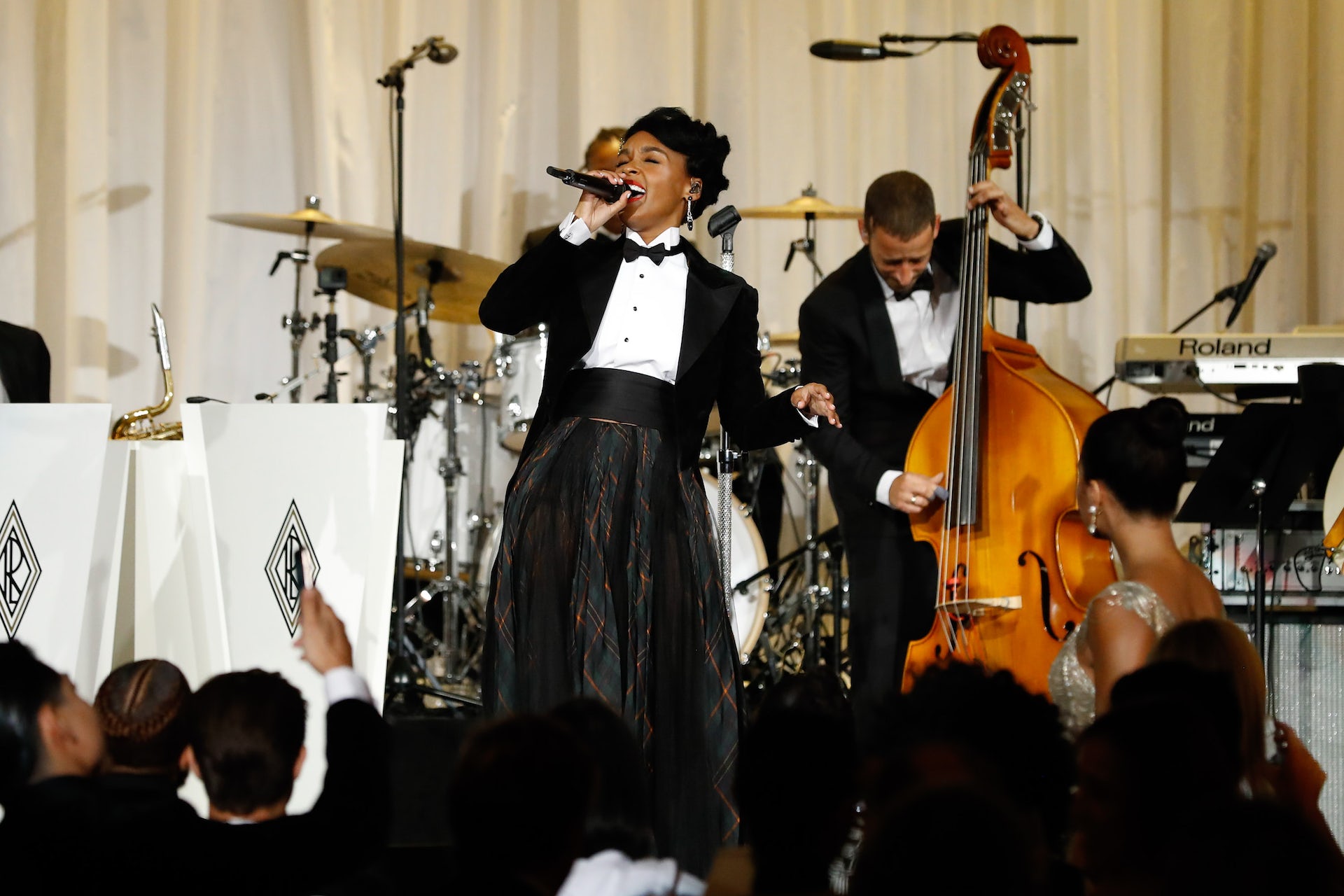 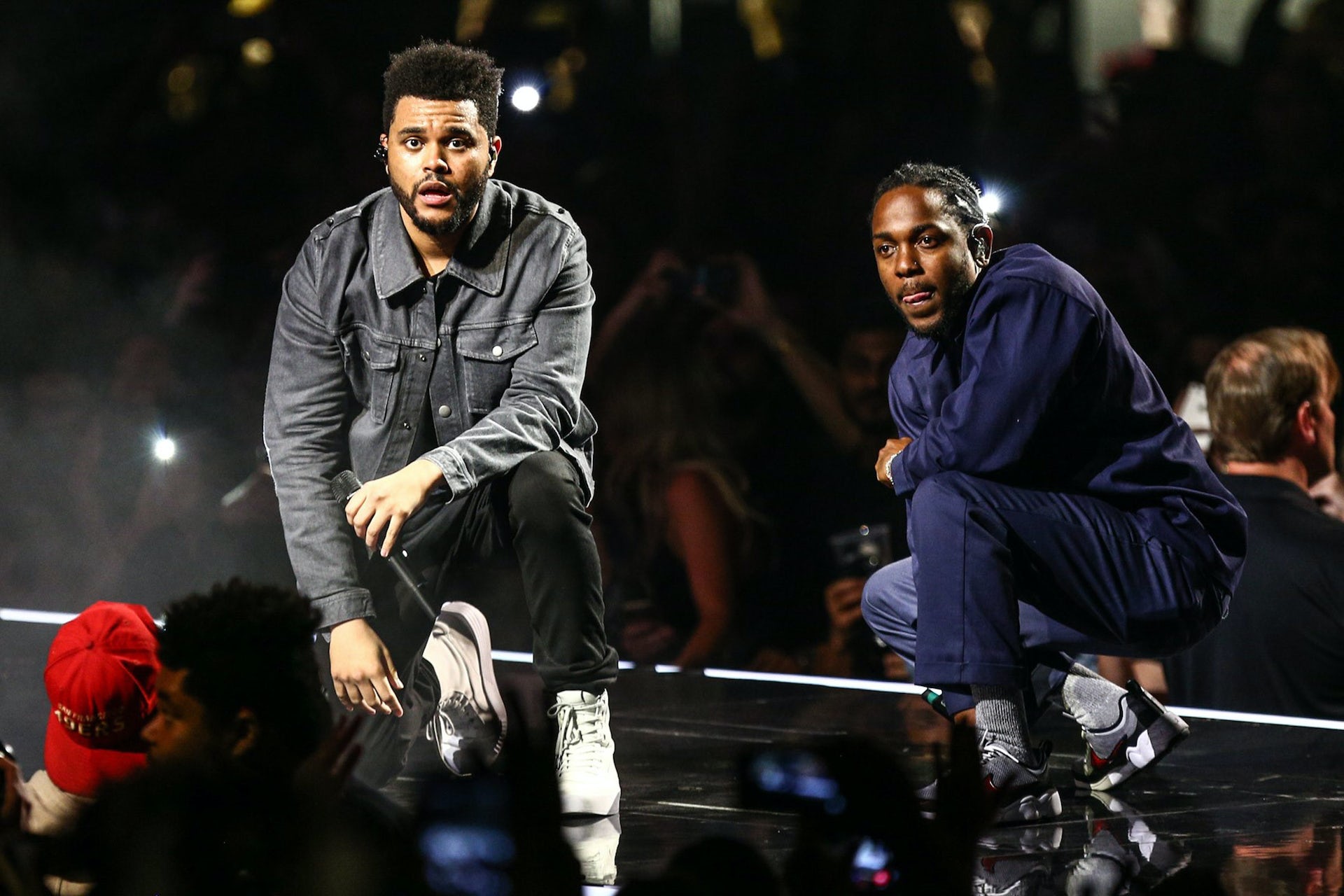 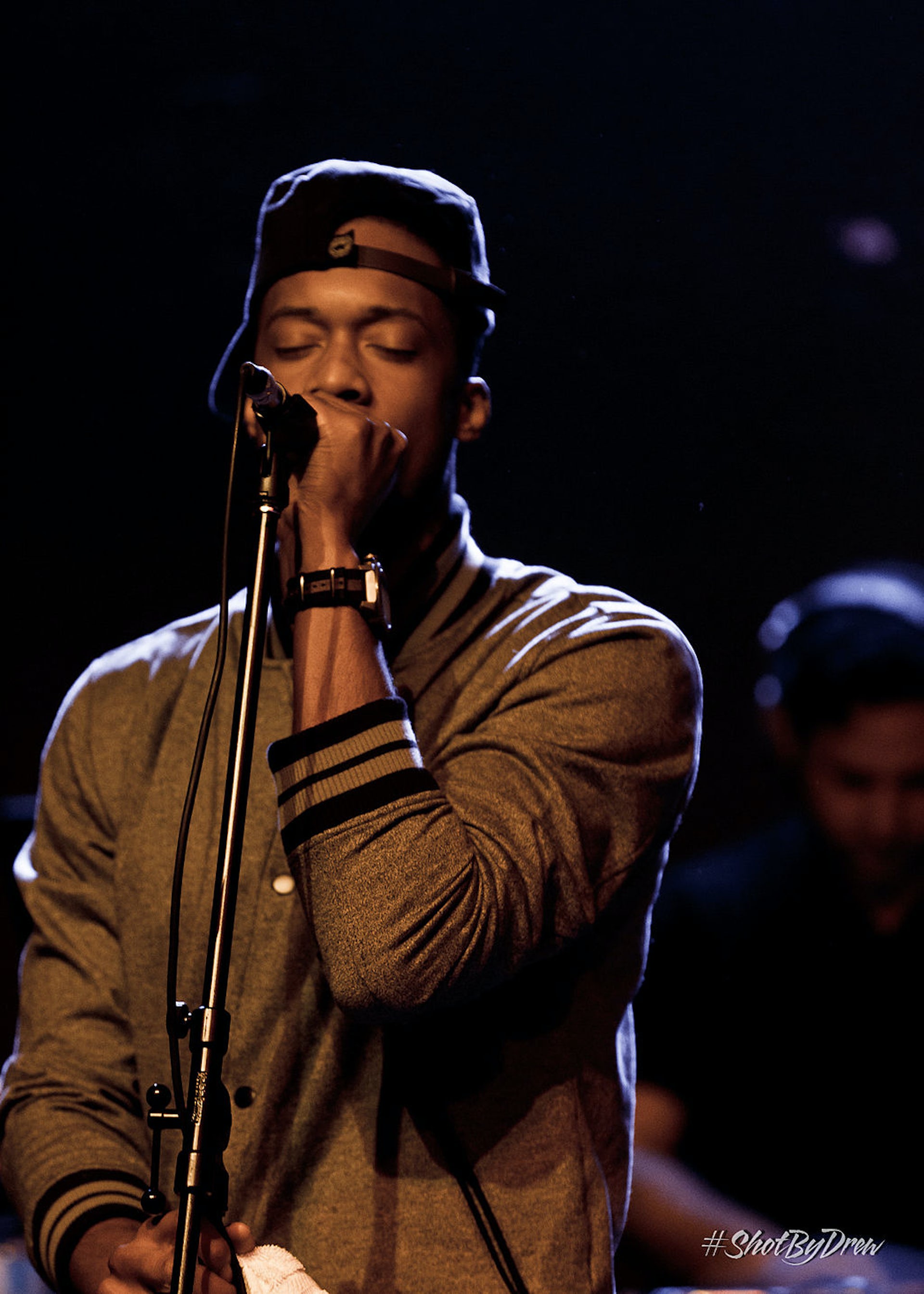 “You would probably see a star if you looked a little further /
“Life’s like a jump off the edge /
“Hope my wings form ‘fore this fall ends /
“They told me shootin’ for the stars was the answer /
“Yeah, I took a trip to the stars, no rocket fuel, no NASA /
“Black astronaut, tell me, what more could you ask for? /
“The path wasn’t never there”

“Earth is ghetto I wanna leave /
“Can you beam me up I’m out on the street /
“By the corner store, you know the one on 15th /
“Got a bright shirt on so I’m easy to see /
“I been down here stranded indefinitely /
“I can’t reach my planet but I need to leave /
“You should see these people it’s hard to believe /
“How they treat each other it’s hard to conceive”

From stargazing escapism to resisting earthly oppression, the lyrics in this playlist are part of a Black American tradition in art and music – from Sun Ra to Funkadelic and onward – that often makes reference to space and imagines a better future in which Black people thrive, known as afrofuturism, perhaps aptly illustrated in the aforementioned Nikki Giovanni poem in which she suggested the music to go to Mars:

“NASA needs to call Black America. /
“They need to ask: How did you calm your fears? /
“How were you able to decide you were human even when everything said you were not? /
“How did you find comfort in the face of the improbable to make the world you came to your world? /
“How was your soul able to look back and
wonder? /
“And they will tell them what to do…”