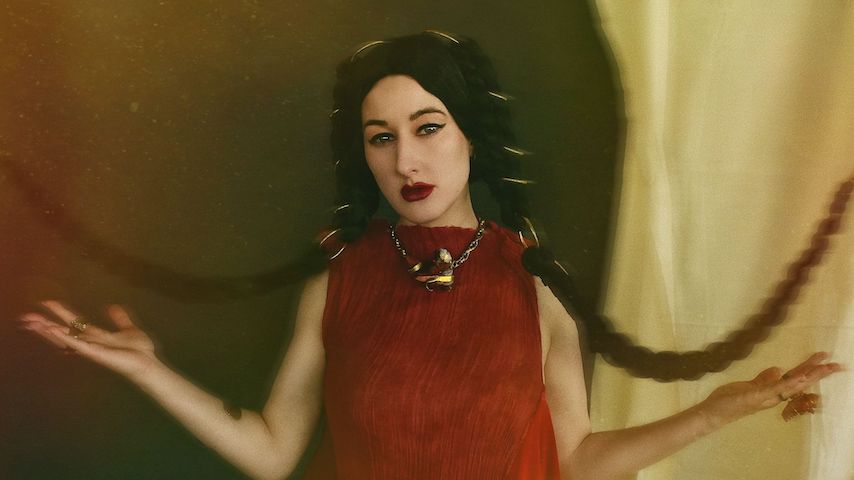 Singer/songwriter Nika Roza Danilova (aka Zola Jesus) launched the rollout for her first album in five years, Arkhon (out May 20 on Sacred Bones), back in March with the immense lead single “Lost.” Now, she’s followed that track up with its complete antithesis, the minimal and cathartic “Desire.” The song arrives with a black-and-white video of the artist performing the track directed by A.F. Cortes.

Where “Lost” seemed set on building a monument to grief, towering over darkness expressed in the lyrics, “Desire” operates in the space Danilova leaves behind, working with the bare essentials to let her voice convey those same feelings of loss on its own. Despite the song’s minimal lyrics and sparse instrumentation, each word that comes out of her mouth carries weight, down the multitude of ways she sings, whispers and howls the title word at various points in the song. It stands as one of the most harrowing, emotionally compelling things she’s ever released, as well as a testament to stripping bells and whistles back in order to squeeze the maximum amount of impact out of a song like this.

Danilova talked about the process behind creating the track in a statement:

“Desire” was written in one sitting at my piano at home. The song was an exorcism for my pain and lack of closure around heartbreak. Sometimes songs are written simply for the cathartic effect of playing them. This is one of those songs. Performing it feels like the most tangible way to experience that closure for myself. Some days I would sit at home playing this song over and over on my piano, just to provide myself that sense of control over what I was feeling. I recorded the song at the studio in one take, and also got video while I was there to document the memory of the performance. The footage of that day is the core of the video for “Desire.”

In the same statement, director A.F. Cortes shared their experience with the song and video:

I’ve seen Zola Jesus perform live many times in the past. Still, nothing prepared me to see the vulnerability of this piece unfolding as it was performed in front of my camera. It was visceral, personal, and profoundly moving. From that first shoot day, I knew I wanted to complement the live performance with a parallel story: A tale of grief, loss, and the capacity of a cathartic metamorphosis to overcome personal trauma. All set in a minimal space, a transitional moment of learning how to let go of the baggage of a previous existence. In making this piece I wanted to capture a unique moment in time that reflects the vulnerability of the music.

Check out the video for “Desire” below, and keep scrolling to revisit Zola Jesus’ Daytrotter session from 2011. You can pre-order Arkhon here.