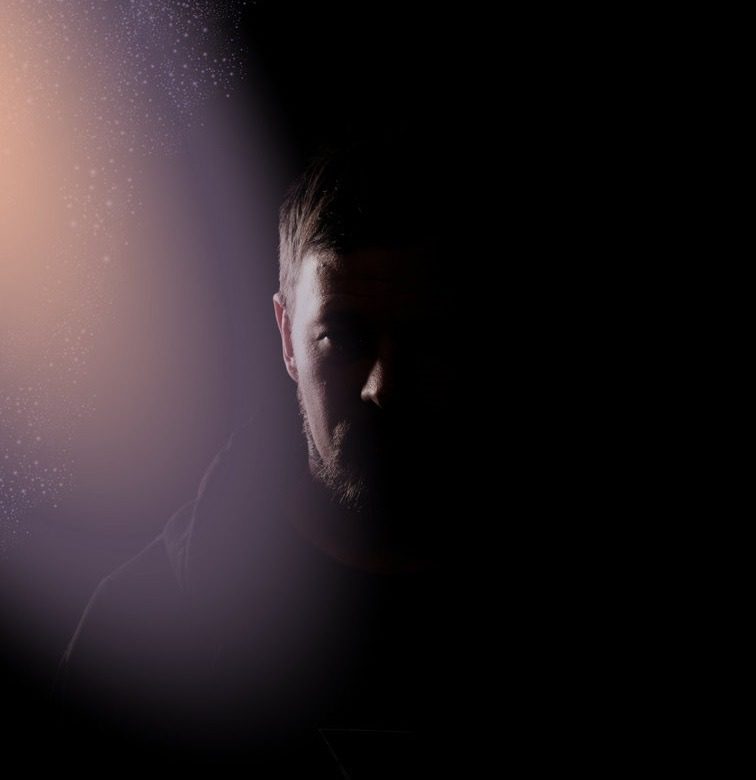 The latest in our series of interview is with Reykjavík electronic techno project TRPTYCH.

TRPTYCH’s architect, Reykjavík born Danni, is a producer / songwriter / drummer / programmer and has been making electronic music since 2006. First with experimental pop duo Sometime, where new wave synths and 90’s dance music went hand in hand with the nostalgic voicing of songstress Diva de la Rosa. With TRPTYCH, Danni’s course of action has been more inward, more personal, but the aim is nonetheless simple. To conjure up the magic that passionate, honest and truthful music always brings with it.

We spoke with TRPTYCH about the most recent record, Spawn Apart, which is on vinyl via ItsuKa & Triple Vision Distribution. Grab it here.

Hello! Thanks for your time! In short, what does electronic techno project TRPTYCH represent?

Hi, thanks for having me. For me TRPTYCH represents being in a different state of mind, hypnotic, forgetting time and place, seductive, something otherworldly with a twist of the occult.

Being a Reykjavík-based act, how would you describe the techno scene there?

Pretty much non-existing, There are a lot of good artists but serious venues are missing. Hopefully this will change soon. Reykjavík is a great place to create though.

Your tracks have flawless execution. Tell us something more about the creative process?

Oh thank you! I have to be in the mood to create and then I just create feels and start making sounds, It doesn’t involve any thinking or calculations, I just let myself go and the music takes me somewhere. I add endlessly to the track in that session, then after a few days I’ll check the track and throw everything that I don’t like a 120%.

Sometimes I’ll throw a few things but sometimes I’ll throw everything except for the bass drum for example and rewriting to that.
Once I figured out that I had to be ruthless to myself, and throw everything that doesn’t blow my mind to the moon and back, I really started to evolve as a musician. I’m by far my hardest critic. Most tracks on Spawn Apart were rewritten about 4 times. That being said, this process doesn’t take long.

How would you say your sound developed?

I have had this mission for a few years to get where I am musically and probably the biggest factor in that development was making records and releasing them and getting total closure on those songs. So many artists spent way to much time on tracks which are still unfinished after few years. That closure is so important for me to start a new project and develop.

Living at a picturesque place like Iceland must have some effect on your music? Does the landscape inspire you? Are there some cultural moments you would like to share?

Iceland has an enormous effect on my creativity, there is just some energy in the air that inspires me to create. It’s the volcanoes, fresh air, water and last but not least the elves. They live in and under almost every rock here and can get quite annoying from time to time, they are such pranksters.

Speaking of music and the brand-new album Spawn Apart, it really pushes the listeners deeper into the sonic soundscapes. What can you tell us about this release and the idea behind it?

I wanted to create an album that is dark, seductive and hypnotic. I decided to release it on vinyl because firstly I really liked the music and secondly, it was time to do a physical release for TRPTYCH because if the electricity goes out today it doesn’t count for nothing to have 10 or 100 digital releases, you never existed. Also I went all out and made a gate fold which is absolutely beautiful if I say so myself. I’m just absolutely thrilled with the outcome.

And as a producer do you prefer some key element you want to hear in a track?

Repeating grooves with subtle changes, sub bass that bulldozes over you and seductive voices and synths at least that’s where I’m at right now, come to think of it that pretty much describes “Spawn Apart” for me.

LP has dancefloor-ready tracks and also some more atmospheric track. Could I ask you If you can pick a favorite or one that’s special for you?

Uhmm uh that’s a hard one because “Spawn Apart” is such a whole from start to finish for me, but if I had to choose, I would probably go for “Consolidated” or “Tell Me” or “Time With You” or “Let the Right One In” haha I can’t do it.

Your visuals add the story to your music. How much are the visuals important to you and why?

I have always liked expressing myself musically and visually, verbally, not so much. I associate music with colors and feelings, it’s hard to describe. When I listen to music I always imagine things farther than just the music, I see some other worlds. Music just inspires me endlessly in all sorts of things.

Roger O’Donnell the keyboard player from the Cure plays on the album, tell us something more about this collaboration.

I first met Roger in the 90s in Iceland, and he became one of the guys in a New York minute. Since then, we have stayed in touch and no matter how far between we meet, it’s always like yesterday. I consider him one of my best friends.

LP features collaborations with Rebekah Dhar and Natasha Zaytseva on vocals. In your opinion, how important are the vocal parts for the listeners?

For me the human voice is extremely important to music, it’s the most unique instrument of them all, The music on “Spawn Apart” is about getting lost in the time and space but the voices are there to tell you that you’re not alone. I just relate more to techno that has a bit of voice. One word or a breath can be enough though.

How are you satisfied with the feedback so far?

Very happy, There are only a handful of copies left in Iceland and a few in international distribution. I saw on the internet that one guy said the album had healing powers! But as an artist I always want more people to hear my stuff.

When is the perfect studio time?

Early Saturday mornings when everybody else is a sleep, and I am alone in the world.

Any upcoming releases or projects?

I’m working on my next album, got a about 20 tracks now which I really like but still developing, and just released a video for “Hrygna” a track on “Spawn Apart”, directed by Leonardo Cosme which he filmed in Amsterdam. And I really need to start promoting this album and play some live sets.