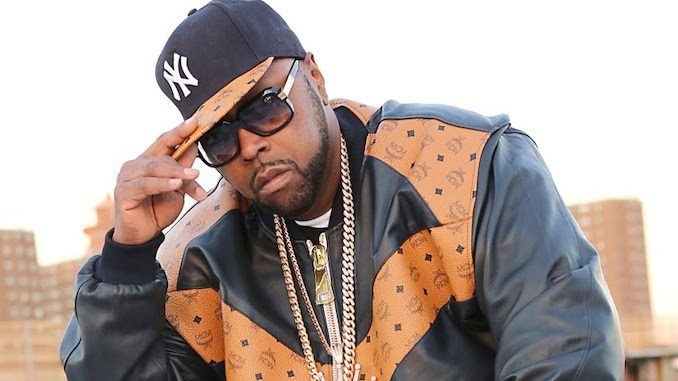 DJ Kay Slay, the influential DJ and record executive, died at 55 following a four-month-long battle with COVID-19. News of his death began circulating on the night of April 17 and was confirmed in the early morning of April 18 by his family and Hot 97.

In a statement released by his family, they said:

Our hearts are broken by the passing of Keith Grayson, professionally known as DJ Kay Slay. A dominant figure in Hip Hop culture with millions of fans worldwide, DJ Kay Slay will be remembered for his passion and excellence with a legacy that will transcend generations. In memory of DJ Kay Slay, our family wishes to thank all of his friends, fans, and supporters for their prayers and well wishes during this difficult time. We ask that you respect our privacy as we grieve this tragic loss.

Kay Slay, born Keith Grayson, never left his birthplace of New York. He planted his roots in the bustling graffiti culture of the city, eventually embedding himself into its hip-hop scene, especially that of his hometown of East Harlem. Guided by the influence of legends such as Grandmaster Flash and Kool DJ Red Alert, Grayson produced hundreds of mixtapes since the 1990s.

Grayson was perhaps best known for his love for drama. Whether it be on his programming block The Drama Hour or his mixtapes, beef between rappers either escalated or were squashed. One of the most notable of these was when Grayson premiered “Ether” by Nas in response to Jay-Z’s “Takeover.” The song became widely regarded as one of the most scathing diss tracks in hip-hop history. On his mixtapes, Grayson’s loud-mouthed boasts became a defining feature of both his artistry and brand.

Up until his hospitalization, Grayson was still active in the music world and most recently released the track “Rolling 110 Deep,” which featured 110 rappers over the course of 40 minutes.

In a statement released by Hot 97, they commented on the loss.

Hot 97 is shocked and saddened by the loss of our beloved DJ Kay Slay. We cherish the many memories created through the twenty-plus years he dedicated to the “Drama Hour.” A cultural icon, Kay Slay was more than just a DJ, to us he was family and a vital part of what made Hot 97 the successful station it is today. Our hearts go out to his family, friends, and fans worldwide and we will always and forever celebrate The Drama King’s legacy.