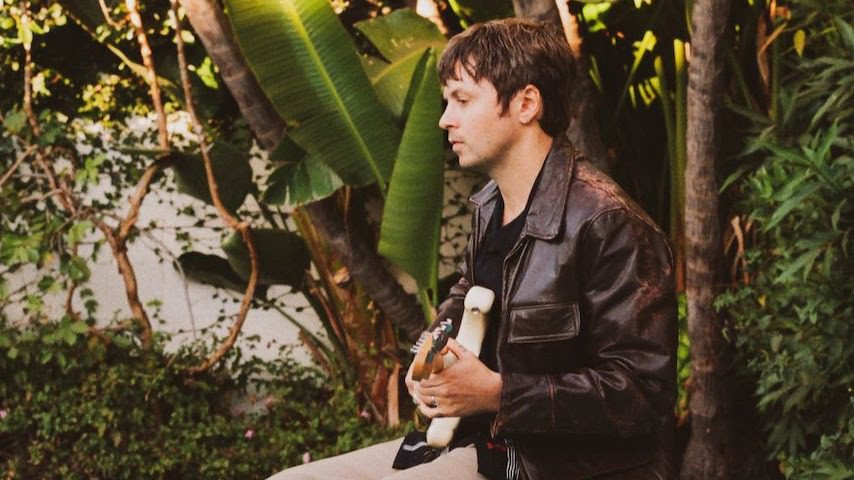 No Warning and Fucked Up’s Ben Cook has been writing and recording solo albums under the name Young Guv since 2015, experimenting with a variety of sounds and styles that his other groups didn’t quite have the room for. Cook and his band holed up in the New Mexico desert to record new music for the project in early 2020, and last month, we received the first album’s worth of the material they created, GUV III. Now, Cook is teasing the second, more experimental album to come from the sessions, GUV IV (out June 24 via Run For Cover), with lead single “Change Your Mind.” The track, a collaboration with musician James Matthew VII, arrives with a video shot in Oaxaca, Mexico, by Enrique Leyva.

In a statement, Cook refers to GUV III & IV as a “document of my two years away from the world,” adding that “through real work in therapy over a long period, as well as spending many months isolated and alone, I have started to finally access my true self little by little, and it’s reflected in this music.” For our first look at the next piece of the Young Guv puzzle, “Change Your Mind” is a sun-soaked, Byrds-esque jangle-pop track that contemplates a lost love. Flourishes of twangy slide guitar and a wordless bridge of joyful backing voices rub up against the painful situation described in the lyrics, serving as a resigned, bittersweet send-off to a relationship.

Cook expanded upon the recording process and his journey of self-discovery through his music in the same press release:

We spent more time in nature than we did doing music stuff. We were just so in awe of our surroundings, we knew this time and moment wouldn’t last and it felt like something that needed to be appreciated. I can set up a studio wherever but I knew I wasn’t going to live in a Taos Earthship forever. I ended up collecting random bouts of creativity whenever they came but it was chaos compared to how I would normally write. When we got to LA it felt like time to start sorting through everything. We were sharing a house again, we got the whole band together and we carved out a couple weeks to start really hammering it out. I found the routine again – wake up, have breakfast, and then just start banging things out.

Check out the video for “Change Your Mind” below, and keep scrolling for GUV IV album details. You can pre-order the album here.