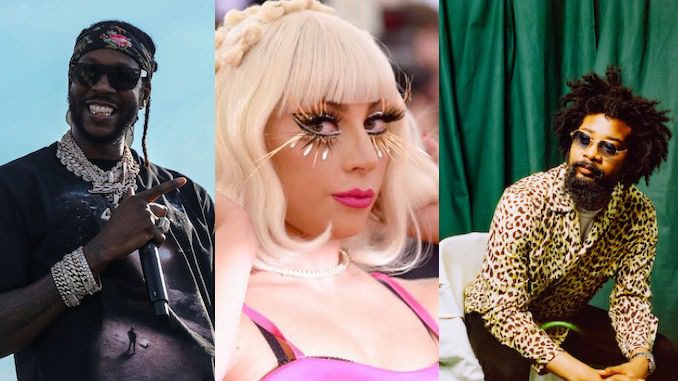 The seasons our changing, our beloved interns are leaving (with new ones coming in!) and live music is back! In between our coverage of many incredible festivals such as Pitchfork Music Festival and Moon River Festival, why not share with you some of the other things the Paste staff has been bumping, whether that be 2 Chainz’s masterful samples or Danny Brown’s ‘90s rap references. Check out what we’re listening to this week and keep up with our festival shenanigans here.

Hair gods and pop masters Daryl Hall and John Oates have been dominating my playlist lately, though I’m not exactly sure what happened to make me dig back into Private Eyes. Hall & Oates were just in the air, I guess. But wow, that album is such a groove. Not only has “I Can’t Go for That (No Can Do)” been in constant rotation, it brought me to 2 Chainz’s “Can’t Go for That,” which refits the ethereal beat into a hazy summer jam. Yes can do.—Jacob Oller

Euphoria. Pure euphoria. My little gay heart has been obsessing over Dawn of Chromatica, the latest remix album by Lady Gaga in which she enlists the help of musicians from the corners of hyper-pop, PC music and more. It brings new life to her album, giving it an edge that only her collaborators can supply. Album standout “Free Woman” is treated to a brilliant Rina Sawayama remix with production by Clarence Clarity. Together, the two craft a nostalgic diva house rendition of the track with swelling synths and explosive percussion, perfectly fit for the dance floor or the nightly vogue sessions I’ve been having in my room while listening to this.—Jade Gomez

It’s hard to exactly place Parenthetical Girls in time – maybe the ever-shifting chamber-pop project of singer/songwriter Zach Pennington was too early, maybe a bit too late, but the larger public never seemed to fully catch on to his particularly emotional and performative vocal delivery and vivid, evocative lyrics. By the time Privilege—the band’s fourth full length composed of the best of four separate EP releases—rolled around in 2013, the project had fully taken its toll on Pennington and the project met its unfortunate end. Despite the lack of much public interest, the album’s 12 tracks are filled to the brim with unique character and melody, with tracks that range from whimsical pop tinged with shattering noise (“The Common Touch”), grunge-inspired rock (“The Pornographer”) and all out electro-pop banger (“Young Throats”). While Pennington might have moved onto the cinematic-focused Popular Music, the magic that overflows in Parenthetical Girls—especially on Privilege—will always remain.—Jason Friedman

Lately I’ve been spending a lot of time with Purple Moonlight Pages and Bob’s Son, the 2020 and 2021 albums from R.A.P. Ferreira (born Rory Allen Philip Ferreira, aka Milo), produced by Kenny Segal’s Jefferson Park Boys and Ferreira himself as Scallops Hotel, respectively. Over jazzy, avant-garde beats, Ferreira raps like only he can, considering everything from the rap game to the role of artists in society from a poised, professorial remove. On Bob’s Son’s “the cough bomber’s return,” he touts his self-education (“Never slid the tassel left / Didn’t have to, impress yourself”), while on “listening,” he muses, “Turn a frown to a simile / Cannot a Borg assimilate? / It’s elegance down to the breakbeat,” a self-evident boast. Meanwhile, on Purple Moonlight Pages standout “LEAVING HELL” Ferreira quotes Kurt Vonnegut and tells his origin story: “Wandered wearily for several eternities / Gaining acclaim, using fake names / Vanishing by sunrise, committing to the wisdom of the unwise / In buildings where if I wasn’t a performer, they wouldn’t let me past the foyer.” Ferreira may still be under the radar, but his world is well worth seeking out and spending time in.—Scott Russell

Owen Wilson and George Nicholls trade in the noise and fury of their last band, Joanna Gruesome, for the kind of jangly, literary popcraft that the Go-Betweens specialized in. The result is four instant hits that sound fresh and new but would also fit perfectly onto any ‘80s college radio playlist. You can pay tribute to your forebears, or follow in their tradition, without it turning into nostalgia or rote pastiche, and the Names EP is proof.—Garrett Martin

Following the release of See Mystery Lights, YACHT, the band at the time composed of producer/singer Jona Bechtolt and Claire L. Evans, had to print stickers reading “YACHT is not a cult.” Maybe these cultist rumors stemmed from the spiritual, Jodorowsky-esque visual aesthetic they adopted inspired by the outdoors of Marfa, Texas—or maybe it was the addicting, hypnotic nature of their music and the way it indoctrinated so many into their fandom. From the moment the album starts, the band questions the binary way we look at the afterlife (heaven/hell – us/other) on the mystical “Ring The Bell’’ before examining the spirit and the self on the rapturous “It’s Boring/You Can Live Anywhere You Want,” deftly marrying Talking Heads-style punk with synths and digital elements a la the DFA Records spirit. 12 years following the release of See Mystery Lights, the album’s most iconic singles “Psychic City” and “Summer Song” are still as rich and catchy as the day they came out, now with added nostalgia for the era of blog-pop in which they initially thrived.—Jason Friedman