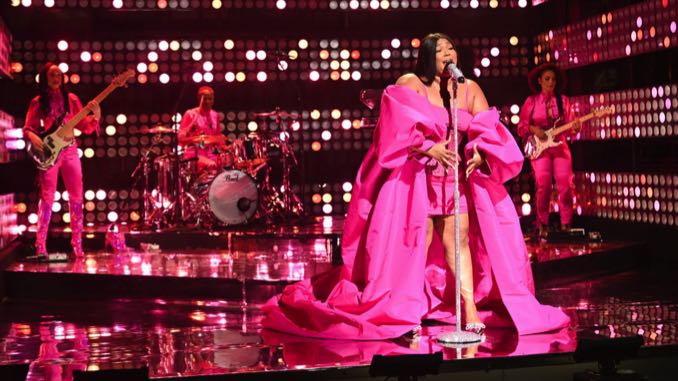 Following the announcement that her new album Special will be released on July 15, singer, flautist and all-around national treasure Lizzo served as both the host and musical guest for the most recent episode of Saturday Night Live on April 15. The news that the full-length follow-up to 2019’s Cuz I Love You is on its way arrived with its lead single, “About Damn Time,” a funky, celebratory anthem to get you psyched for summer that Lizzo performed first on the show. Later, she performed the album’s title track, which has yet to receive an official release.

After an introduction by Lizzo’s mother, the singer delivered an emotional performance of “Special,” an uplifting (but still groovy) ballad that received an uproarious reaction from the crowd at the taping. Featuring lines like, “How could you throw stones / if you ain’t been through the pain? / That’s why we feel so alone / That’s why we feel so much shame,” before circling back to the positive affirmation of the hook (“In case nobody told you today / You’re special”), the track expresses Lizzo’s mission statement of self-love without feeling cloying or inauthentic, nailing a balancing act she’s perfected over time. Her raw performance of the track hit especially hard after her reflective monologue; “I love you, you are beautiful, and you can do anything. I am living proof of that,” she told the audience in a touching moment at the segment’s close. “I used to live in my car and now I’m hosting Saturday Night Live!”

Check out Lizzo’s performances of new songs “About Damn Time” (where the flute makes an appearance!) and “Special,” as well as her monologue as host, below. You can also check out a sketch cut for time featuring Lizzo here, pre-order Special here and revisit Lizzo’s Daytrotter session from 2016 here.