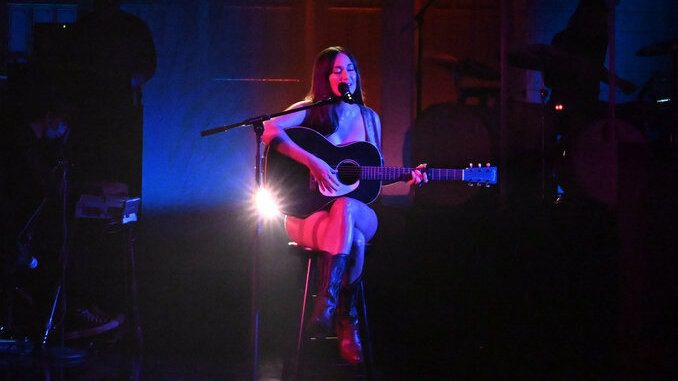 With her guitar, cowboy boots, a subtle backing band and seemingly no clothing (in a tribute to Forrest Gump’s Jenny), Musgraves performed “justified” without all the bells and whistles, the intimacy, intensity and emotional merry-go-round of self-reflection far more resonant with the setting. Musgraves was a bit more vivid on “camera roll,” starting the performance with a shot of a Polaroid and singing the first half of the track at a table, facing images of a lost love with a rainbow-saturated background.

Watch Musgraves perform “justified” and “camera roll” on SNL below, and revisit her 2015 Daytrotter session further down.