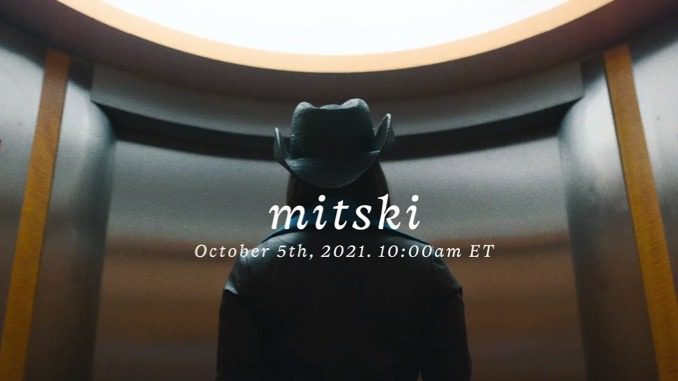 Mitski Miyawaki, the singer/songwriter mononymously known as Mitski, is coming back with her first proper new material in over three years.

The acclaimed artist made waves over the weekend by reactivating her long-dormant Twitter account, @mitskileaks, now being run by her management (per the account bio), and on Monday morning, she shared a far bigger update, tweeting a link to a YouTube video simply titled “New Song Tomorrow – 10AM ET.”

To say this sent fans into an uproar is an understatement: As of this writing, their are nearly 800 YouTube users waiting for the song to premiere in a mere (*checks watch*) 23 hours, with a continuous, multi-lingual stream of excitement in the live chat.

It’s easy to see why fans are so elated at Mitski’s return: After releasing her beloved breakthrough album Be the Cowboy in 2018 and touring extensively in support of it, the artist announced her “last show indefinitely,” a September 2019 show alongside Lucy Dacus. A few days later, she added that she would be “deleting socials,” explaining, “Now that I don’t have full-on albums/tours to promo I need to get outta here! Thank you love you.” We’ve heard little from her since, save her Allie X collaboration “Save Your Love,” her 2020 The Turning track “Cop Car” and her soundtrack to 2021 graphic novel This Is Where We Fall.

Below, you can catch Mitski’s new track premiere at 10 a.m. ET on Tuesday, Oct. 5, and revisit her 2015 Daytrotter session in the meantime.