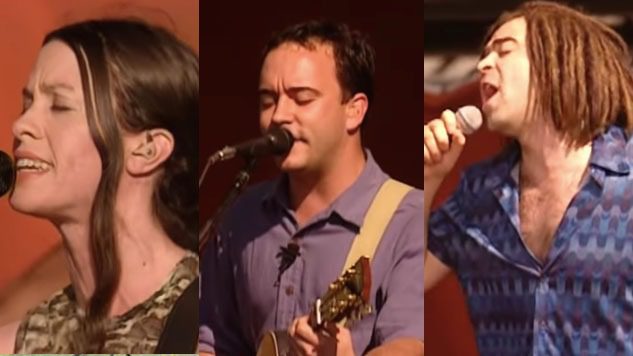 That’s not the most enticing introduction to a music festival retrospective, but this wasn’t an ordinary event. Hundreds of thousands of music fans (estimates range from 200,000 to 400,000) flocked to the dusty fields of Rome for the 30th anniversary of the original Woodstock. But the name is where the similarities between the two begin and end: Woodstock ‘99 is remembered as a catastrophe. Riots, violence, fires, mudslides, sexual assault and all manner of chaoses plagued the three-day event, so much so that most who were in attendance look back with more chagrin than nostalgia. It’s no wonder Woodstock 50 could never get its act together.

But despite the madness, the injuries and the raging fires (this thing really did look like a scene from your favorite dystopian novel), there were some memorable performances by the era’s biggest acts. The Limp Bizkit set brought on riots and dangerous moshing, so we’ll skip that one and instead revisit a few calmer moments from July 24, 1999.

Four years after Jagged Little Pill, Alanis Morisette was a superstar. She performed all the hits, including “You Oughta Know,” for a crowd who sang all the lyrics right back to her. The Dave Matthews Band performed the best dang “Ants Marching” you’ve ever heard. The crowd went absolutely nuts. At this point in their hour-long set, Matthews’ gray, sweat-soaked t-shirt darkened to a berry purple. Did I mention Woodstock ‘99 was during a heat wave?

The Counting Crows brought a different kind of heat and performed one of the most memorable sets of their career. Metallica and Rage Against the Machine also played the East Stage that day. Woodstock ‘99 was nothing short of a disaster, but at least it provided us with some musical snapshots of 1999.