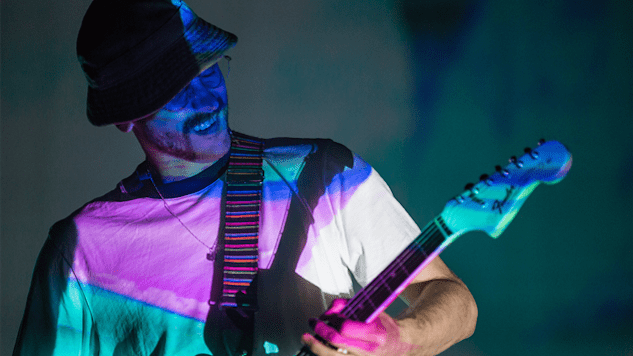 Before Portugal. The Man made the pivot to radio dub-pop, the Alaska-via-Portland band specialized in all manner of rock music. From groovy punk to thrashing indie rock, the group (fronted by John Gourley) have experimented (successfully, I might add) a lot throughout their long career. Their first LP, Waiter: “You Vultures!”, arrived in 2006.

In July of 2009, Portugal. The Man released The Satanic Satanist, their fourth studio album. A month later, they stopped by the Daytrotter studio to perform songs from it, including the organ-soaked single “People Say.” In the session, Gourley’s vocals are on full display, thanks to the toned-down instrumentals. The band also performed their funky “The Sun,” a lovely acoustic take on “Do You” and a softer version of “Everyone Is Golden.”

Listen to Portugal. The Man’s 2010 Daytrotter session below. While you’re here, watch the band perform “Colors” in San Francisco in 2014 via the Paste vault.