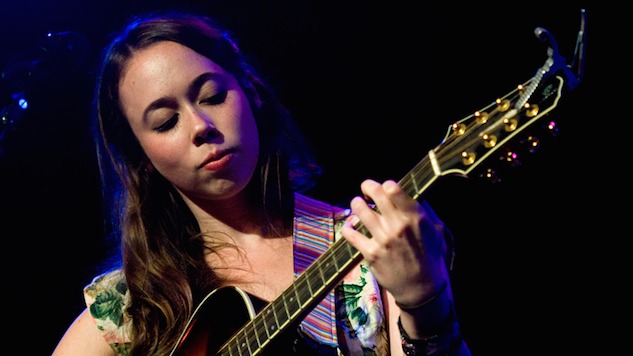 Grammy Award-winning singer/songwriter and multi-instrumentalist Sarah Jarosz is one of Americana’s busiest collaborators. Last year alone she guested on songs with artists like The Brother Brothers and Charles Van Kirk while maintaining duties with her project I’m With Her, a bluegrass supergroup made up of Jarosz, Sara Watkins of Nickel Creek fame and Crooked Still’s Aoife O’Donovan. This year, Jarosz released her most recent solo record, World On The Ground, in June, and the graceful LP finds her returning to the wide open spaces of her native Texas.

But Jarosz has long been busy making her own albums, rotating guitar, banjo and mandolin to create her own kind of progressive, lyrics-focused bluegrass. The Texas native released her debut, Song Up in Her Head in 2009, followed by Follow Me Down in 2011 and Build Me Up from Bones in 2013. Her 2016 album and most recent solo effort leading up World On The Ground, Undercurrent, won her two Grammys. One of those was for her song “House of Mercy,” which took home the title for Best American Roots Performance.

You can hear Sarah Jarosz play “House of Mercy,” plus three other cuts from Undercurrent, at Daytrotter on this day in 2016 below. Further down, watch a clip from her Paste performance at the Newport Folk Festival in 2013, followed by I’m With Her’s 2018 Paste Studio session.