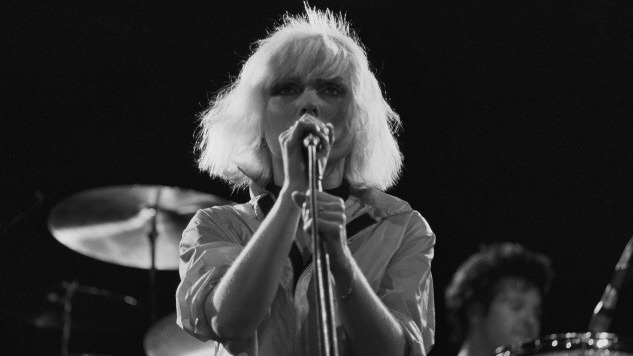 Debbie Harry was born to be a star. The Blondie frontwoman, who turns 75 today, has become a music and style icon thanks to her burly voice, cool, detached stage presence and glowing aura. She proved that punk didn’t have to be defined by rambunctious dude bands like The Ramones or The Sex Pistols. Blondie toned down some of punk’s wilder instincts by folding in New Wave, disco, reggae and even hip-hop influences, but there was still an underlying danger about them in Harry’s playful snarl. Paste also placed Harry at number three on our list of The 25 Best Frontwomen of All Time.

The New York City band had a commercial and critical breakthrough with their third album Parallel Lines in 1978. Songs like “Heart of Glass” and “One Way or Another” have become international hits, and they sit squarely among punk and pop’s greatest ever tracks. A few months after the album’s release, Blondie performed at Paradise in Boston, and you can hear Harry’s charisma bursting at the seams. They ripped through some of their best-known cuts like “One Way or Another,” “Hanging On The Telephone” and “Youth Nabbed As Sniper.” Blondie closed their set with a cover of T. Rex’s “Bang A Gong (Get It On),” where Harry shows off the friskier side of her voice, and classic rock fans will simply drool over it.

Listen to Blondie’s full show from 1978 below.