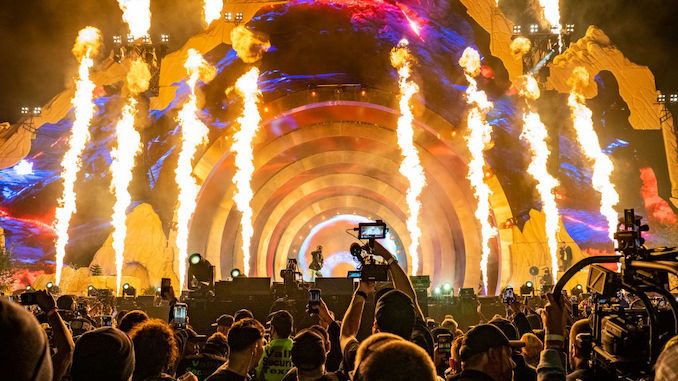 Following multiple deaths and countless injuries at Travis Scott’s annual Astroworld Festival on Nov. 5, a concertgoer has filed a lawsuit against Scott, Live Nation and Scoremore for negligence according to a report from Billboard. The attendee, Manuel Souza, sued Scott over the event, which he called a “predictable and preventable tragedy” that was motivated by “profit at the expense of concertgoers’ health and safety.”

The suit was filed the day after the concert on Nov. 6 in the Harris County District Court. It notes multiple incidents that could have minimized the casualties had they been prevented, such as a large security breach caught on film in which concertgoers broke through the security gate. Souza also notes that staff and organizers “made the conscious decision to let the show go on, despite the extreme risk of harm to concertgoers that was escalating by the moment.” In several videos that have since gone viral, concerned audience members notified camera operators to signal for the show to stop and were dismissed.

In addition to Souza’s lawsuit, a second one was filed on Sunday, Nov. 7, by Texas attorney Thomas J. Henry against Scott, Drake (who performed his hit collaboration “Sicko Mode” with Scott at the festival), NRG Stadium and Live Nation on behalf of an unnamed victim.

Astroworld Festival was attended by 50,000 people and was scheduled to go on for another day until several officials deemed it unsafe to continue. Scott has announced he will refund all attendees and has since canceled his Day N Vegas performance scheduled for Saturday, Nov. 13. In addition to the cardiac arrests, multiple reports of stampedes, at least one stabbing of a police officer with a hypodermic needle and unconfirmed reports of laced drugs have surfaced.

Paste has reached out to representatives of Scott, Live Nation and ScoreMore for comment.