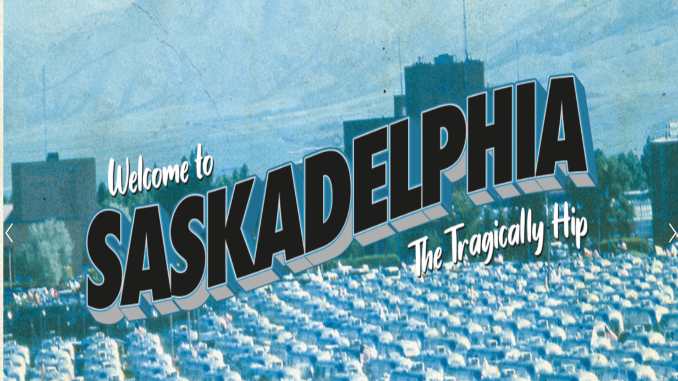 Iconic Canadian rockers The Tragically Hip have announced surprise new album Saskadelphia, due May 21. The album will feature six unreleased tracks written in 1990 by the group, who lost their singer and lyricist Gord Downie in 2017. Named after a phrase coined by the band during their extensive touring schedule, Saskadelphia was originally rejected as a title for their 1991 album Road Apples for sounding “too Canadian.”

Comprised of guitarists Rob Baker and Paul Langlois, bassist Gord Sinclair, drummer Johnny Fay and vocals plus additional guitar by the late, charismatic frontman Downie, The Tragically Hip enjoyed great success as the bestselling Canadian band. Prior to Downie’s passing, the band performed their last show in their hometown of Kingston, Ontario in 2016.

“I went ‘Wow’ when I heard ‘Ouch’ after all this time,” says Baker of the album’s lead single. “We were a pretty good little band.”

The band is set to receive the 2021 Humanitarian Award Presented by Music Canada at the 50th Annual JUNO Awards in recognition of outstanding Canadian artists and industry leaders who have made significant humanitarian contributions. Fellow Canadian icons Geddy Lee and Alex Lifeson of Rush will present the band with the award on June 6. The broadcast can be streamed here.

You can preorder Saskadelphia here, and listen to a snippet of “Ouch” and a 1999 performance by The Tragically Hip from the Paste archives below. Keep scrolling to find further details about the album, including its artwork and tracklist.