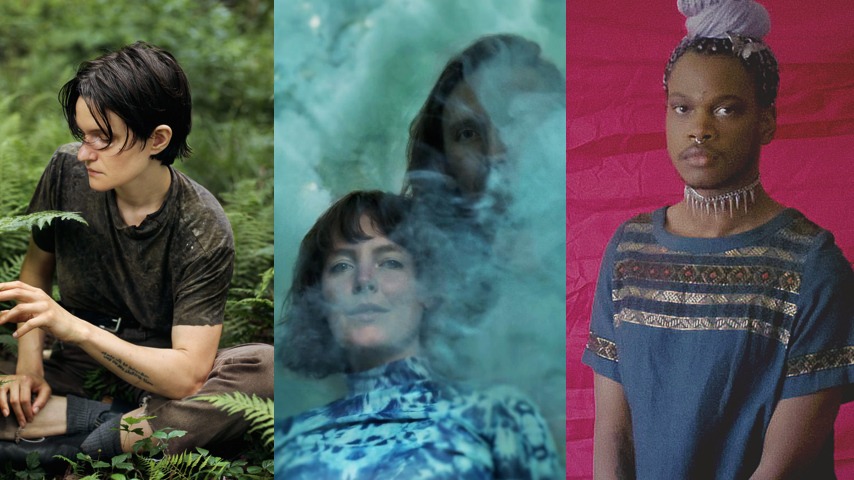 Ahh, smell that? It’s the scent of fall approaching: browning leaves, increasingly crisp air and maybe a pumpkin spice latte or two. Perhaps against all odds, this fall will also bring heaps and bales of new music. When the pandemic threw a telephone-pole-sized wrench in the music industry earlier this year, we wondered whether or not any album release schedules would continue as planned. Thankfully, albums keep dropping like the maple leaves in your front yard, even if live music itself is pretty much a no-go at this point. We here at Paste have gathered all the records we’re most excited to hear in the rest of 2020. While fall doesn’t officially start until Sept. 22, we felt a chill (67 degrees—this is Georgia) in the air this morning, and we can’t help but feel excited about the change of seasons and the many new albums that will come with it. See below for all the releases we’re anticipating, listed in order by release date.

A couple of years ago, English rockers Doves announced they were reforming. Now, they’re preparing to release their first album in over a decade, The Universal Want. It’s their sixth studio album, and they’ve released three selections from it so far: “Carousels,” “Prisoners” and “Cathedrals Of The Mind.” —Lizzie Manno

Anjimile Chithambo, who records as Anjimile, is on a road to self-improvement on their debut album Giver Taker, and their folk-pop vibrancy certainly adds to that revitalizing spirit. There’s an earthy spirituality and youthful determination, boosted by radiant vocals and lyrics of patience and compassion. —Lizzie Manno

Public Enemy: What You Gonna Do When The Grid Goes Down?

Public Enemy have announced a new album titled What You Gonna Do When The Grid Goes Down? (out Sept. 25 via Def Jam), and they recently shared the full tracklist. Returning to Def Jam, this marks the legendary group’s first new record with the label in over a decade. Public Enemy joined forces with a slew of heavy-hitters, including Nas, the Beastie Boys’ Mike D and Ad-Rock, YG, Run-D.M.C. The group previously released singles “Fight the Power: Remix 2020” and “State of the Union (STFU)” that upheld their talent for protest songs and did not hold back about the current presidency. —Lexi Lane

Irish pop singer Róisín Murphy first made a name for herself as one half of ’90s U.K. trip-hop duo Moloko. After the group disbanded in 2004, Murphy embarked on a solo dance-pop career that saw her release four riveting albums, then vault back into the limelight in 2018 as the vocalist on DJ Koze’s immaculate “Illumination.” She’s now revving up her fifth LP, Róisín Machine, which sees Murphy unfurling into a full blown disco diva with a collection of tracks she’s banked across the last decade. —Adrian Spinelli

We named Carrie & Lowell one of the best albums of the 2010s, so it should come as no surprise that we here at Paste are elated that its follow-up is arriving this month. Sufjan Stevens will return with his eighth solo studio record in late September, and based on the two bold singles that have arrived ahead of its release, The Ascension may just find Stevens waltzing into new directions never before traveled. “America” (originally a product from the Carrie & Lowell sessions) is a sweeping takedown of a broken nation, and “Video Game” is a synth-powered statement of independence. Both songs sound so true to Stevens’ evolution as an artist, and, yet, they sound unlike anything he’s ever released before. Stevens says The Ascension is “a call for personal transformation and a refusal to play along with the systems around us.” Never one to follow the pack, Sufjan Stevens seems to be gearing up for yet another singular artistic effort. —Ellen Johnson

Electronic duo and festival favorites Sylvan Esso will release their highly anticipated third LP later this month, and it feels like the perfect time to receive their buoyant, joyful, dance-inducing music. “It’s a record about being increasingly terrified of the world around you and looking inward to remember all the times when loving other people seemed so easy, so that you can find your way back to that place,” the pair said in a statement. Sylvan Esso is made up of Amelia Meath (who you also may know from her folk project Mountain Man) and producer Nick Sanborn. Their music has become increasingly polished over the years, first catching fire with more ambient songs like “Hey Mami” and “Coffee” on their 2014 self-titled debut and following it with 2017’s more pop-forward What Now. Free Love seems to position them somewhere in between those two sounds. Single “Ferris Wheel” is tremendously fun, but it’s also weirdly cleansing. Meath describes this phenomenon best: “Nick wants things to sound unsettling, but I want you to take your shirt off and dance.” There you have it. —Ellen Johnson

Bartees Strange has announced his debut album, Live Forever, and you can hear two singles from it now: “Mustang” and “Boomer.” The album follows the release of his March EP, Say Goodbye to Pretty Boy, which landed on Paste’s list of best EPs of 2020 so far. —Jack Meyer

Dawes: Good Luck With Whatever

The L.A. rock band Dawes will release their first new album since 2018’s Passwords later this year. Good Luck With Whatever is out Oct. 2 on Rounder Records, and lead single “Who Do You Think You’re Talking To?” is out now alongside a fun new music video. The band, helmed by guitarist Taylor Goldsmith alongside his brother Griffin and their compadres Wylie Gelber (bass) and Lee Pardini (keys), recorded the new album at RCA Studios in Nashville, Tenn., with one of Music City’s most in-demand producers, Dave Cobb. “We’re a living breathing organism,” Pardini said in a statement. “People love to say, ‘this record sounds so THIS’ and ‘that record sounds so THAT,’ but to us, it just sounds like Dawes. We make records to document where we are at that time, but every time I check, it just sounds like Griff, Taylor, Wylie and me.” —Ellen Johnson

Jónsi Birgisson—frontman of Sigur Rós—has announced his first solo album in a decade, Shiver. The album features vocals from Robyn and Liz Fraser of Cocteau Twins, and it was produced by PC Music founder A. G. Cook. —Danielle Chelosky

Philadelphia indie rock artist Shamir has announced plans for a self-titled album and has shared three singles from it so far: “On My Own,” “I Wonder” and “Running.” This LP follows the release of Cataclysm, a surprise album that dropped in March. —Lia Pikus

Future Islands: As Long As You Are

As Long As You Are will be Future Islands’ sixth full-length LP and will arrive on Oct. 9 via 4AD. The band will also perform a live-streamed concert on the day of release. This news arrived in tandem with a new single, “Thrill,” and its music video starring and created by frontman Samuel T. Herring, which you can check out below. The new single follows previously released single “For Sure,” which will also appear on the album. “Thrill” is slower and sparkling, a true synth ballad delivered by an emotional Herring. Future Islands’ most recent album was 2017’s The Far Field. —Ellen Johnson

Indie-pop rising star Beabadoobee—the project of 20-year-old Bea Kristi—has announced her debut album Fake It Flowers, due later this year via Dirty Hit. The first two singles “Care” and “Sorry” are out now. Earlier this year, Paste featured Beabadoobee in our list of 15 British Acts You Need to Know in 2020. Kristi opened for Clairo in the U.S. last year and was due to join The 1975 on their 2020 arena tour, which was canceled due to COVID-19. —Danielle Chelosky

Montréal singer/songwriter Helena Deland has announced her debut album, Someone New. The record is set for release on Oct. 16 via Luminelle Recordings. While this is Deland’s first album, she’s already carved out a name for herself with a well-received series of EPs in 2018, collectively titled Altogether Unaccompanied, alongside her collaborations with artists such as Weyes Blood, Connan Mockasin and JPEGMAFIA. —Jack Meyer

After his 2019 album Oh My God , Kevin Morby is back with a new album Sundowner, which will arrive on Oct. 16 via Dead Oceans. Morby has shared the first single and video from the album, “Campfire,” featuring his partner Katie Crutchfield, aka Waxahatchee. “Sundowner is my attempt to put the Middle American twilight — its beauty profound, though not always immediate — into sound,” Morby said. —Paris Rosenthal

Big Thief’s Adrianne Lenker has announced two new albums, songs and instrumentals, both arriving on Oct. 23 via 4AD. Lenker has also shared the lead single off songs titled “anything.” “These songs have helped me heal,” Lenker says. “I hope that at least in some small way this music can be a friend to you.” Both albums were written and recorded in April after Big Thief’s March tour was cut short due to the coronavirus. —Paris Rosenthal

The Mountain Goats: Getting Into Knives

The Mountain Goats have announced a new album, Getting Into Knives. The record is set for release Oct. 23 and follows Songs for Pierre Chuvin from back in April, which John Darnielle recorded solo on his boombox. In a statement, the band described the forthcoming LP as “the perfect album for the millions of us who have spent many idle hours contemplating whether we ought to be honest with ourselves and just get massively into knives.” Pre-order here. —Jack Meyer

This Is The Kit: Off Off On

Kate Stables announced earlier this summer that her next album under the This Is The Kit alias is called Off Off On, and it’s set to arrive Oct. 23 on Rough Trade. The news arrived with the lead single “This Is What You Did,” which features Stables’ signature upbeat banjo, top-knotch vocals and restless, stream-of-consciousness lyrics. Stables describes it as “A bit of a panic attack song,” adding, “The negative voices of other people that are your own voice. Or are they? Hard to say when you’re in this kind of a place. How to get out of this place? Needing to get outside more.” —Ellen Johnson

Canadian outfit Badge Époque Ensemble have announced their second album Self Help, out on Nov. 20 via Telephone Explosion Records. They’ve also shared its lead single “Sing A Silent Gospel,” which features vocals from Dorothea Paas and Meg Remy of U.S. Girls. Earlier this year, Paste named the group one of 30 Canadian Artists You Need to Know in 2020, praising their “groove-centric, improvisational music built for the highest tier of psychedelic transcendence.” The seven-piece band is led by Turnbull (Slim Twig) and features a host of Toronto musicians, many known for their work with U.S. Girls and Andy Shauf. —Lizzie Manno