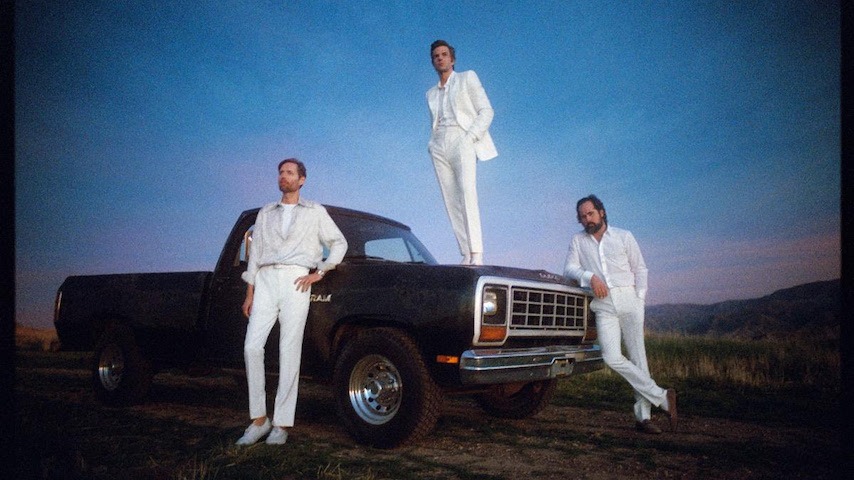 The Killers have released the newest single, “My Own Soul’s Warning,” from their forthcoming album Imploding The Mirage. The single follows “Caution” and “Fire and Bone,” two album tracks released earlier this year.

The single’s cover art features artwork by artist Thomas Blaskshear, who also painted the cover art for the forthcoming album. Accompanying the LP sleeve, the single’s artwork is taken from a series depicting the Crow Tribe of Indians who gave the band their blessing to use the artwork.

“Artists living across the world inspired by our people and way of life, is a total honour and true testament of the knowledge our people share,” they said in a letter. “During this unprecedented time due to the COVID-19 Pandemic as well as the injustice of police brutality protests around the world. Our people recognize the need to also help keep our spirits positive.”

The album, originally set to arrive May 29 but now delayed indefinitely, will feature artists like Weyes Blood, the War on Drugs’ Adam Granduciel, Lindsey Buckingham and more. Check out “My Own Soul’s Warning” below: