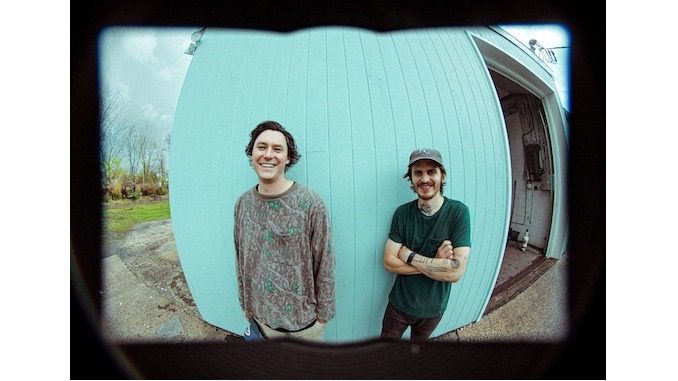 The Front Bottoms have spent over a decade and a half perfecting their charming, ragged folk punk with the intensity of early ‘00s alternative and the vulnerability of early emo. In 2014, the band unveiled the Rose EP to honor Mat Uychich’s late grandmother, with the Ann EP following in 2018 for Brian Sella’s grandmother. Another four years later, the band has announced the Theresa EP, the third installment of their Grandma series. The EP arrives Sept. 2 via Wuacasokle / Fueled By Ramen and features properly re-recorded versions of unreleased fan favorites and oldies.

“More Than It Hurts You” is the band’s first offering of 2022. Sella’s acoustic guitar takes center stage alongside his emotive vocals that strain and crack. A full band joins in to match his intensity as he considers cutting off his fingers to evade identification when he washes up on the beloved Jersey shore.

If your wallets aren’t crying for help yet, The Front Bottoms also announced an extensive North American tour with support from special guests The Joy Formidable and Mobley on select dates. The tour kicks off in Wantagh, New York with stops all across the country, including appearances at festivals such as Riot Fest and Austin City Limits. A special fan presale begins Tuesday, June 28 at 12 p.m. local time with public on-sale beginning Wednesday, June 29 at 12 p.m. local time.

Below, listen to “More Than It Hurts You” and their 2017 Paste session, and keep scrolling to check out full details of the Theresa EP, which you can preorder here. Look further down to find the itinerary of the band’s North American tour, which you can purchase tickets for here.