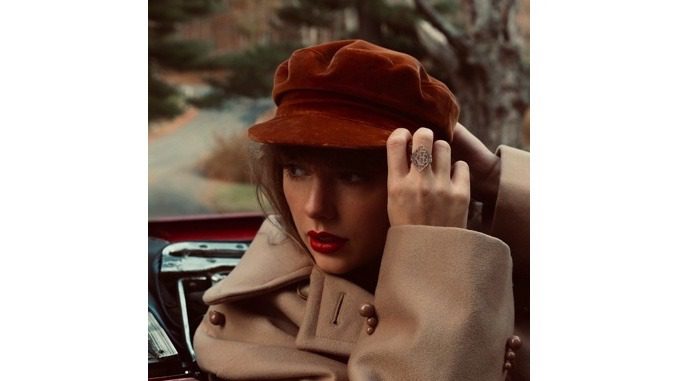 Pop princess Taylor Swift has rereleased Red, her fourth album originally released in 2012. The reimagined album, deemed Taylor’s Version, includes the original 16 tracks like “22” and “I Knew You Were Trouble,” along with 14 expanded, acoustic or previously unheard “From the Vault” songs.

What may be most anticipated from Red (Taylor’s Version) is a 10-minute expanded version of “All Too Well,” an aching breakup track that has garnered a cult-like following since its original release. “All Too Well” will also receive a short film that Swift directed and wrote, featuring Dylan O’Brien and Sadie Sink, set to premiere today (Nov. 12) at 7 p.m. ET.

“Nothing New,” one of Swift’s “Vault” tracks, even includes a feature by Phoebe Bridgers, and Chris Stapleton joins the artists on the also-new “I Bet You Think About Me.”

In October 2020, the master rights for Swift’s first six albums were sold to Shamrock Holdings, a deal that was nonconsensual on her side. In attempts to take back power, Swift is rerecording the six albums, first releasing Fearless (Taylor’s Version) in April and now Red (Taylor’s Version).

On Thursday night (Nov. 11), Swift tweeted, “It never would have been possible to go back & remake my previous work, uncovering lost art & forgotten gems along the way if you hadn’t emboldened me. Red is about to be mine again, but it has always been ours. Now we begin again. Red (my version) is out.”

Find the lyric video for the ten-minute “All Too Well” below, and listen to Red (Taylor’s Version) here.