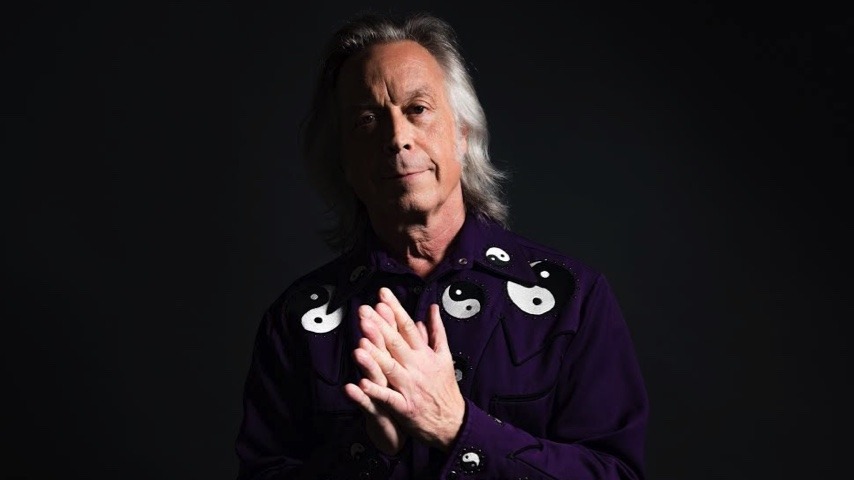 Jim Lauderdale’s new album, When Carolina Comes Home Again, finds the country/Americana star making one of his periodic visits to his bluegrass roots. The hook for this project is that Lauderdale is returning not only to his teenage love for string-band music but also to his native state—all the musicians are current or former North Carolinians.

It’s Lauderdale’s best album in a while; the inherent dignity of bluegrass draws the singer away from his tongue-in-cheek persona to give the songs’ emotions some real weight. And the recording got me thinking: Why does he keep coming back to bluegrass—and why does he keep leaving it again? And why do I keep checking in on bluegrass without ever making it the main object of my desire?

The answer to both questions lies in the tension between tradition and novelty in American music. When I put on a bluegrass album, I can assume a few things: the singing and playing will be top-notch and the arrangements will never stray too far from the genre’s basic architecture. The same is true, by the way, when I put on a Cajun, classical, Irish-folk or mainstream-jazz album.

In all these fields, proving your technical expertise is the entry requirement for performers—and so is a knowledge of and a faithfulness to the genre’s history and musical syntax. As a result, it’s very rare to find an embarrassing record in these categories—but it’s also very rare to find a surprising one. You can expect an expertly played, slight variation on the usual format—and rarely will you be disappointed or astonished.

By contrast, in most commercial fields (pop, country, rock, R&B, hip-hop), you find a relentless quest for novelty, for something the public hasn’t heard before. You may or may not be an accomplished singer or a competent instrumentalist—that doesn’t matter if you come up with something new and ear-grabbing. Strangely enough, the same is true of the avant-garde edge of jazz, rock and classical.

Obviously there’s a trade-off here. It’s nice to pick up an unfamiliar bluegrass or classical album and pretty much know what you’re going to get. Knowing that the new record is merely the latest coal car on a long train of tradition gives the music an additional heft because it’s linked to the many cars before it.

On the other hand, it’s a thrill to roll the dice with a new rock or pop album, knowing it has an equal chance of being really bad or really good. To come up with something unprecedented, you have to take some risks, but the word “risk” implies that failure is as much a possibility as success. And if it’s merely “pretty good,” the novelty lacks the connection to a longer history, a larger community, that might redeem it.

So you can understand why Lauderdale the performer—and I the listener—might periodically visit bluegrass and its tradition of quality and why we would leave again in search of something fresh and unexpected.

For the 15 tracks on the album, Lauderdale uses seven different North Carolina bluegrass bands: the Steep Canyon Rangers, Balsam Range, Fireside Collective, the Songs from the Road Band, Cane Mill Road, Town Mountain and an unnamed studio combo. As expected, they’re all terrific players, a reminder of how many talented bands are out there who never make much of an impression outside the bluegrass-festival circuit.

The one exception is the Steep Canyon Rangers, who take enough chances to be unpredictable. They were willing to work with comedian Steve Martin both in the studio and on tour from 2009 onward. Martin is only a passable banjo player, but he has a knack for writing catchy tunes. The combination of those tunes, his charismatic personality and the fine playing of the Rangers yielded some splendid records and shows.

The Rangers have been gambling again this year, releasing two very different albums—one disappointing and one exhilarating. The bummer is Be Still Moses, a collaboration between the Steep Canyon Rangers and the Asheville Symphony. Such crossover projects are always suspect, for rarely does anyone put enough time into the arrangements and rehearsals to bridge the gulf between the styles. Such was the case on this album, which sounds like a roadrunner dancing with an elephant.

The treat is North Carolina Songbook, recorded live at the 2019 Merlefest. Here the Rangers crossover to other genres to snatch some repertoire and carry it home to bluegrass with wonderful results. They turn Thelonious Monk’s jazz standard, “Blue Monk” into a finger-snapping square dance without giving up on the rich harmonies.

They transform Ola Belle Reed’s mountain-woman autobiography, “I’ve Endured” into a rousing, six-minute anthem. Most tellingly, they play two old-time songs, Charlie Poole’s “Don’t Let Your Deal Go Down” and Elizabeth Cotten’s “Shake Sugaree,” both of them rewritten into Grateful Dead songs, as if the Rangers were the missing link between the ancient and the Dead.

Less impressive is Elements, the third album from the Fireside Collective. All five member are fine players, but none of the band’s singer/songwriters—not mandolinist Jesse Iaquinto, not guitarist Joe Cicero, not dobroist Tommy Maher—can find their way beyond familiar chord changes, gently rising and falling melodies, and well worn lyric tropes about rural living.

That’s what Lauderdale brings to bluegrass. All 15 of the songs he wrote for When Carolina Comes Home Again boast the chiseled contours of a pop standard, even as each one fits comfortably into the mountain-music tradition. The title track, for example, begins as a minor-key ballad that grumbles on the low notes and cries out on the high. He co-wrote that one with John Oates, and they combine the R&B craftsmanship of Oates’ duo with Daryl Hall and the bluegrass spirit of Lauderdale’s Carolina origins.

Three of the songs were co-written by Lauderdale and the late lyricist Robert Hunter. As he did with Jerry Garcia’s, Hunter gives Lauderdale’s songs the feel of campfire stories populated by colorful characters who function as both rural eccentrics and mythic archetypes. Two of the Hunter songs are performed by Lauderdale and the Fireside Collective, revealing how good the latter band can sound with better material.

Three more songs were co-written by Lauderdale and Charles S. Humphrey III, the bassist for the Songs from the Road Band. These are hard-core, honky-tonk country songs, reminding us that mainstream country and bluegrass were once seen as two wings of the same airplane. In 1949, Hank Williams and Bill Monroe not only toured together but wound up sharing the songwriting credit for “I’m Blue, I’m Lonesome.” It’s easy to imagine these Lauderdale-Humphrey songs being recorded by Williams or Monroe.

Lauderdale wrote “Cackalacky” with Si Kahn. Kahn is a powerful political songwriter in the tradition of Pete Seeger and Steve Earle, but he also has a playful comic side, and this song comes out of that. The title is a slang term for Carolina, sometimes derogatory, sometimes boastful. In this case, it’s all boasting as Lauderdale brags about his home state’s biscuits and chickens over a rollicking, hard-swinging string band.

Kahn has his own new album, It’s a Dog’s Life, a collaboration with the Looping Brothers, a trio of German bluegrass veterans (yes, there’s a bluegrass scene in Europe—Japan too). Kahn sings on only three of the 13 tracks, while mandolinist/fiddler Ulli Sieker sings the 10 other songs with a warmer, more relaxed tenor than Kahn’s. But Kahn wrote all of them, and what delightful songs they are: vivid tales of working people trying to balance hard times and fragile love in sharply visualized locales from the streets of Baltimore to the backroads of the Catskills.

Lyrics matter. Too often modern bluegrass has been hobbled by its desire to provide a family-friendly, pointedly Christian alternative to the rest of popular music. There’s nothing wrong with paying tribute to good spouses and good parents, but if that’s all you sing about, you’re not representing the world as we know it. And it’s a far cry from the early bluegrass songs about drunken husbands, cheating wives and dead babies.

That’s one reason the SteelDrivers were such a breath of fresh air when they burst on the bluegrass scene in 2008. “Drinkin’ dark whiskey, tellin’ white lies,” blues-rocker Mike Henderson wrote and country-rocker Chris Stapleton sang on the SteelDrivers’ debut album. “One leads to another on a Saturday night. Don’t you cross your heart unless you hope to die.”

Stapleton and Henderson had been co-writing some marvelous bluegrass songs, so they decided to form a string band to play them. The duo recruited three of Nashville’s finest pickers, and that line-up made two spectacular bluegrass albums and appeared in the 2009 movie, Get Low, featuring Robert Duvall, Bill Murray and Sissy Spacek.

Stapleton left in 2010, wrote for other artists for a few years and then became a country superstar in his own right. And yet, his finest work is still those first two SteelDrivers albums. It’s not because his immense baritone has weakened in any sense nor that his music has become any less compelling. It’s because he no longer has Henderson to write lyrics for him.

Henderson left the SteelDrivers in 2011, and it fell to fiddler Tammy Rogers to keep the band together after its two main songwriters were gone. Against all odds, she did it. She not only found a powerful hillbilly baritone to replace Stapleton, but she even found a second when the first replacement left. More astonishingly still, she turned herself into a respectable songwriter in the Stapleton/Henderson mode.

The current line-up makes its recording debut this year on Bad for Me. Rogers co-wrote 10 of the album’s 11 tracks, sometimes with Music Row writers such as Leslie Satcher, sometimes with bluegrass pros such as Jerry Salley, once with the Civil Wars’ John Paul White and once with Stapleton himself. Typical of the hard edge she brings to the songs is “The Bartender,” the confession of the man behind the beer tap at a biker bar: “I don’t pull the trigger; I just load the gun.”

These songs are good enough to work in any one of several genres, but the bluegrass arrangements with their slashing fiddle fills and stabbing mandolin licks reinforce the mood of rural menace perfectly. There’s nothing like bold storytelling to break a band out of the traditional box it finds itself inside.

Bluegrass is just one subset of a larger category called string-band music, which also includes old-time mountain music, chamber-folk, Cajun, jam-grass and Celtic music. The instrumentation of fiddle, banjo, mandolin, acoustic guitar, acoustic bass, dobro and/or accordion are the same, but they are put to different uses. The smartest outdoor acoustic-music gatherings—such as Merlefest, Delfest and Hardly Strictly Bluegrass—don’t limit themselves to bluegrass but embrace the full expanse of string-band music.

Bluegrass may boast the greatest virtuosity under that umbrella, but technical prowess can be a trap if it becomes an end in itself rather than a means to expression. That’s what the new wave of old-time string bands at the dawn of this century discovered. At first they compensated for their lack of instrumental dexterity with foot-stomping, hollering energy of the musicians’ former punk-rock days.

But when that lost its newness, those musicians found themselves trapped in the old tradition/novelty dilemma. Some (King Wilkie, the Avett Brothers) moved on to art-rock; some (the Duhks, Ollabelle, Crooked Still) disbanded. But the best of them (Old Crow Medicine Show, the Wood Brothers, I’m with Her, the Mammals) focused on songwriting and came up with songs that sounded old enough to be traditional and unconventional enough to be novel.