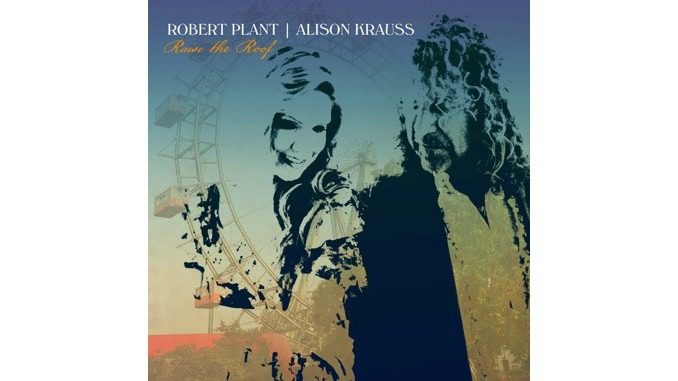 Covering Calexico feels like a bold choice for Robert Plant and Alison Krauss, who open their new collaboration Raise the Roof with the Arizona indie-rock group’s 2003 song “Quattro (World Drifts In).” It’s not that Calexico is somehow immune to interpretation, but the band has a very distinctive, subtle sound that wouldn’t seem to lend itself to a golden god, even in his golden years. Yet Plant and Krauss nail the song, blending their voices in spectral harmonies over an arrangement that swaps in piano and a blockier rhythm for the sinuous guitars and pedal steel of the original. In their hands, the feel of the song is less desert and more mountain mining camp, and it’s an auspicious start to Plant and Krauss’ first album together since their Grammy-winning 2007 effort Raising Sand.

After Raising Sand, Plant and Krauss spent a fair amount of time swapping song suggestions while continuing their respective solo careers and waiting for their schedules to align for long enough to record some of them. As a result of their crate digging, Raise the Roof reflects a wide range of music as they corral American folk, country and R&B songs, along with a few British folk selections that Plant knew from way back. There’s even a burly original, “High and Lonesome,” that Plant wrote with T Bone Burnett, who produced the album. With a band anchored by drummer Jay Bellerose and guitarist Marc Ribot (with contributions from David Hidalgo, Bill Frisell and Buddy Miller, among others), Plant and Krauss cover a lot of ground.

With vocal parts that merge and intertwine as if Plant and Krauss are each half of the same soul, the singers fully inhabit these songs. They make even the more familiar numbers indelibly their own, though sometimes it takes a minute to realize it. Randy Weeks’ “Can’t Let Go,” for example, is pretty firmly associated with the snaky, sharp-edged version Lucinda Williams recorded in 1998, but Plant and Krauss let the rhythm swing a little more and sing together in a sensual murmur over trebly electric guitar bathed in reverb.

Not every track is so instantly recognizable. Plant takes the lead on “Go Your Way,” by the British folk singers Anne Briggs and Bert Jansch, singing a quiet, crestfallen melody that builds on Briggs’ more desolate vocals on her 1971 recording of the song. While Briggs accompanied herself on acoustic guitar, Plant, Krauss (who sings close harmony on the chorus) and producer Burnett flesh out their arrangement with electric guitars and drums that are true to the spirit of the original without sounding much like it. Krauss takes the lead on Betty Harris’ 1969 song “Trouble With My Lover,” letting her voice rise and fall over a tick-tock bassline that gives the tune a slinky Americana-soul feel that Plant enhances with sultry low harmonies on the chorus.

Though the song selection throughout is first-rate, it’s a disparate enough group of tunes that Raise the Roof would be eclectic, if it weren’t for the way Plant and Krauss (and the band) come together as if they’d been doing this non-stop for the past decade and a half. Perhaps the most appealing part of the album is that regardless of what sound, style or location these songs came from—British folk, New Orleans soul, Bakersfield country—they sound cohesive and of a piece in the hands of Plant and Krauss. In other words, the singers make these songs sound like their own.