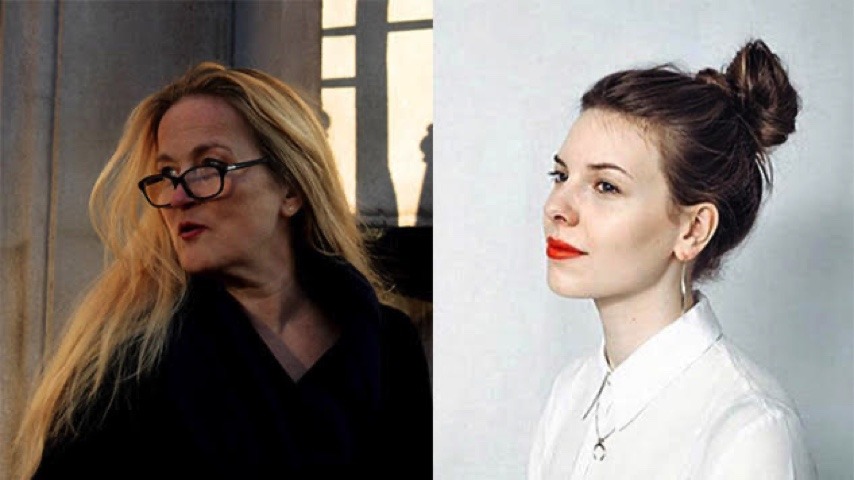 SongWriter is a podcast of stories and “answer songs,” featuring performances by Joyce Carol Oates, Ted Leo, Susan Orlean, Sarah Jaffe, and Michael Ian Black. You can hear an exclusive preview of the episode featuring Louisa Young and Miranda Joy at Noisetrade.

An unspoken market ratio applies to the touring life of most musicians: the bigger the act, the larger the cities they play. Thus on a given tour the Lumineers mostly stop in the populous capitals that can support a good-sized arena or stadium. But the opposite is also true. The smaller an act is, the smaller the towns they may play. This is definitely true for me, especially when I play in the U.K., where I have recently headlined shows in wee charming villages like Mickelton, Wednesbury, Glooston, Fife, and Berwick Upon Tweed.

Still, it’s always nice to visit London, so on my last European outing I decided to pull together a SongWriter show. My friend Damian Barr was on a book tour, so he connected me with Louisa Young. A wildly polymathic writer, Louisa has published in practically all forms except Haiku; she writes thrillers, autobiographies, biographies, screenplays, children’s novels, and all kinds of journalism. She told me that she has a particular fondness for where “really, really horrible things meet really miraculous things.”

Louisa’s most recent book is You Left Early, about her marriage to a wonderfully charming alcoholic composer. After his untimely death, Louisa wanted to write about the person who loves the person with the problem, and how that problem seeps into everything. “Alcohol and the mood-altering drugs, there’s a reason people like them, and it’s because they work,” Louisa said, “…until it all goes wrong.” She compares alcohol to a Ponzi Scheme, fantastically appealing and seductive, until suddenly it isn’t. “Certainly in Britain I don’t think anyone would go to bed together if everybody hadn’t been drinking.”

Louisa’s piece is about an evening listening to Chopin, so it seemed right when virtuoso pianist Miranda Joy agreed to play the show, which was put on (improbably) in the clocktower of St. Pancras Station. Miranda said she found Louisa’s story sad, but that that suited her just fine. “I haven’t yet really managed to write a happy song, because I don’t ever have to sit and think about those emotions,” she said. Miranda recorded her song live in the clocktower, with the sound of London traffic faintly audible in the background.