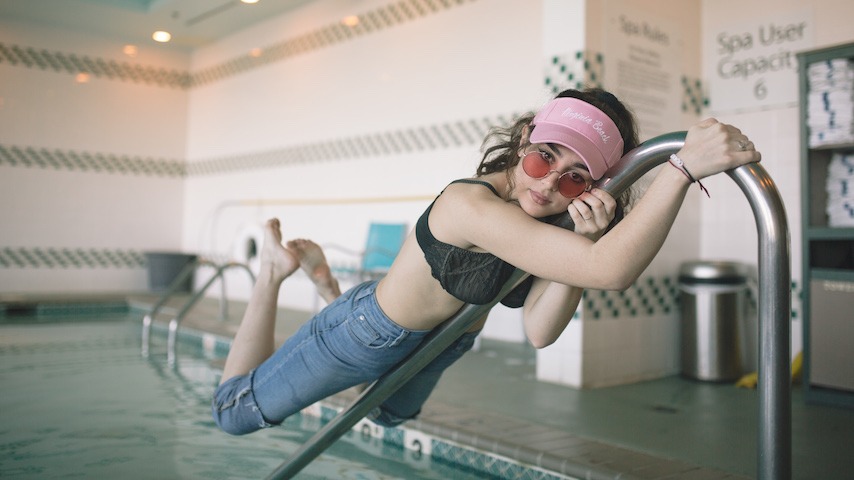 Up-and-coming artist Samia has announced her debut album, The Baby, and has released a new single, “Fit N Full,” with an accompanying music video directed by Martin MacPherson.

The single is an indie rock splash of sunshine with Samia’s dazzling vocals accentuating the track’s lush instrumentation. A summer anthem that tackles the issue of body image, “Fit N Full” is one of Samia’s most upbeat releases to date.

“For some reason the words ‘fit’ and ‘full’ have always felt mutually exclusive to me,” says Samia of the single. “I wrote this while I was living in the east village, so overwhelmed by the magic and culture around me and literally only capable of thinking about my fucking body. I tried to write this from the perspective of the person I wanted to be instead of the person who stares at her reflection in the window of Veselka.”

The Baby, which will be released via Grand Jury Music on Aug. 28, will include previously the released single “Is There Something In The Movies,” a song about the ways on-screen romances shape our real-world perception of relationships. Produced by Jake Luppen, Nathan Stocker and Caleb Hinz, the album took shape with the help of Samia’s friends and collaborators, such as Lars Stalfors and members of the band Active Bird Community.

Watch the video for “Fit N Full” below, and preorder The Baby here. Scroll down to view the album artwork and tracklist.