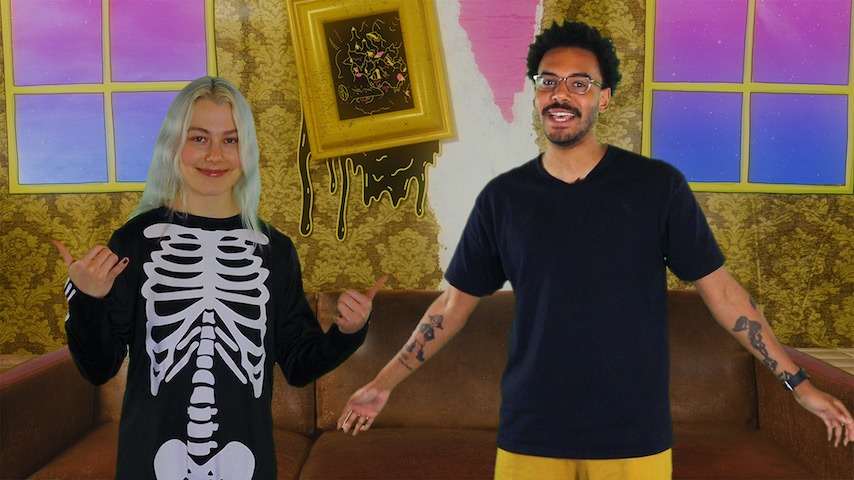 The brand new live series RELEASED! hosted by Zack Fox was announced today, and it premieres Sunday, July 12, with Phoebe Bridgers as the first guest. Similar to Saturday Night Live and even Blues Clues, the show features comedy skits and animated characters. The creative director is Kitao Sakurai, who’s known for working on The Eric Andre Show. The episode celebrates Phoebe’s release of Punisher, and it’s presented by Beats By Dre and iHeartComix.

For this episode, Fox will help Bridgers make it to the Cyber Goth Prom in Outer Space, obviously. She will also be performing new songs, probably in her skeleton onesie. It will air on Twitch here. Revisit Phoebe Bridgers’ 2017 Paste Studio session below.