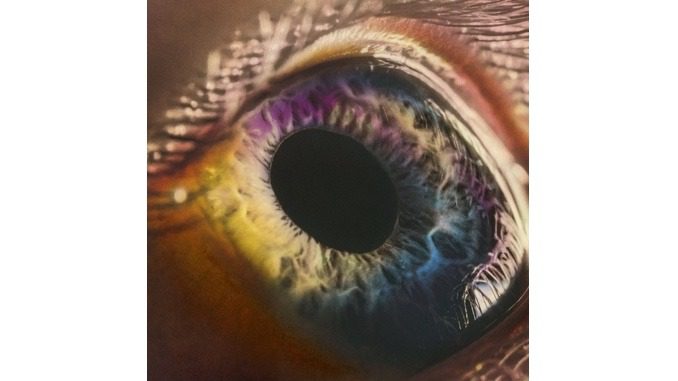 It can be difficult to figure out where to start with Arcade Fire. They’re one of the biggest indie bands around, and, just three albums into their career, they had catapulted their brazen levels of earnestness onto the most prominent festival stages imaginable. With records like 2013’s Reflektor and 2017’s infamous Everything Now, the Canadian indie-rock collective dialed back the sincerity in favor of ironic, insouciant social commentary. But those efforts haven’t aged as gracefully as their earlier output, especially in the latter’s case. However, on WE, the group’s first new album in five years, Arcade Fire return to their former glory. It’s their best album since The Suburbs.

This wouldn’t be an Arcade Fire album without some sort of overarching, macroscopic idea. In the band’s own words, the first half of the record centers on the “fear and loneliness of isolation,” while the second side revolves around the “joy and power of reconnection.” Whereas the heady dispositions of the group’s more recent work made it difficult to connect emotionally with the music, WE doesn’t get too lost in its more byzantine qualities. Win Butler, Régine Chassagne and co. have executed a fine balance between their two modes of operation: the shameless sincerity of Funeral and The Suburbs, and the more esoteric leanings of Reflektor. This album is, in essence, merging The Suburbs with Reflektor, removing the filler, and keeping the conceptual tendencies, such as different song movements, intact without letting them take over the music. Despite sharing a name and a loose association with Yevgeny Zamyatin’s 1924 dystopian novel, WE features Butler and Chassagne’s most heartfelt songwriting in over a decade.

“Unconditional I (Lookout Kid)” is an endearing highlight that Butler wrote for his son. While performing it at Coachella this year, he was overwhelmed by emotion, forcing the band to restart the song. “A lifetime of skinned knees and heartbreak come so easily / But a life without you would be boring for someone like me,” he sings over soaring synths and a bouncy, ebullient groove that evokes the classic Funeral cut “Haiti.” Its follow-up track, “Unconditional II (Race and Religion),” is one of the best moments on the album, and it checks the all-but-mandatory box for Chassagne-led vocals. Although it may be difficult to discern as much from its lofty title, it’s a bona fide love song, with Chassagne speaking to the potency of union and love: “I’ll be yours / You can be mine / Love unites / Breaking as the light divides / Into the color of your eyes.” Just when it seems the song is about to evaporate into a synthy haze, one final chorus kicks back in, and new-wave legend Peter Gabriel materializes out of nowhere to supply guest vocals.

Gabriel isn’t the only outside collaborator on WE, either. For this record, Arcade Fire worked with the de facto sixth member of Radiohead, Nigel Godrich. It’s a harmonious artistic endeavor that pays off on all fronts, and Godrich’s influence is notable throughout. On the standout “Age of Anxiety II (Rabbit Hole),” a wobbly synth during Chassagne’s verse conjures the spectral “Where I End and You Begin” from Hail to the Thief. The balladeering first movement of “End of the Empire I-IV,” subtitled “Last Dance,” summons the anthemic “Karma Police,” a song that Arcade Fire has partially covered before. Josh Tillman, aka Father John Misty, is credited with the nebulous descriptor of “additional production” on both movements of “Age of Anxiety.” Butler and Chassagne’s son, Eddie, is credited with “whispers’’ on “End of the Empire I-IV.” Former core member Sarah Neufeld appears with her violin on “The Lightning I-II.” This sense of collaboration permeates WE, and it bolsters its air of collectivism and community. It doesn’t just feel like a distant, theoretical notion. Arcade Fire put their beliefs into practice here.

This album also possesses all the winsome idiosyncrasies that made Arcade Fire such a beloved band to begin with. There’s the grandiose renouncement of omnipresent dread (“I unsubscribe / This ain’t no way of life,” Butler croons over quarter-note piano chords on “End of the Empire I-IV”). There’s the skyscraper-sized catharsis that makes for an indelible Arcade Fire chorus on “The Lightning II.” There are the more danceable components on “Age of Anxiety II (Rabbit Hole)” and “Unconditional II (Race and Religion),” which lend themselves well to becoming assured live staples; speaking of which, this record is absolutely going to kick ass live. WE captures Arcade Fire in their full splendor. They are still the overwhelmingly ambitious, delightfully passionate indie rockers they have always been.

As Butler told The New York Times recently, “The common path of almost every artist that I respect is very circuitous—it’s not a straight line, and there’s a lot of ups and downs.” Arcade Fire’s trajectory has not been linear, and they have managed to instill each of their records with an unshakably distinct character. It’s what has made their career so intriguing to follow. They attempt something new with each era, and, with their latest album, they have rebuilt themselves. At the end of the closing, titular track, Butler asks in the final couplet of the album, “When everything ends, can we do it again?” On WE, Arcade Fire have.

Grant Sharples is a writer based in Kansas City. He has contributed to MTV News, Pitchfork, Stereogum, The Ringer, SPIN and others. Follow him on Twitter @grantsharpies.