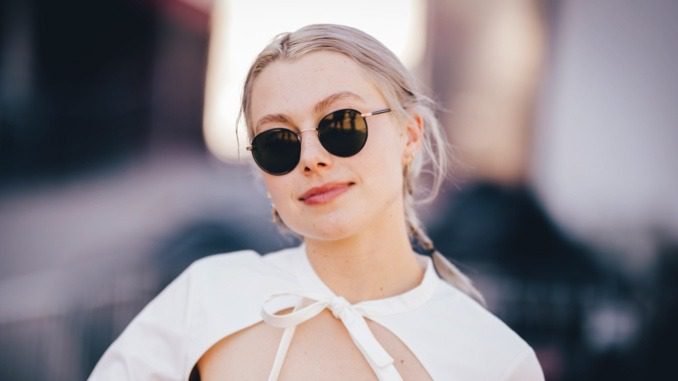 On Monday night, Politico published a leaked draft of a Supreme Court majority opinion that revealed the court’s plans to overturn Roe v. Wade (and Planned Parenthood v. Casey), effectively outlawing abortion in more than a dozen states, and threatening a cascade of similarly unconscionable rulings. In the wake of this predictable, but still devastating revelation, many have raised their voices in defense of reproductive rights, a number that now includes beloved singer/songwriter Phoebe Bridgers.

“I had an abortion in October of last year while I was on tour,” Bridgers revealed via social media on Tuesday afternoon. “I went to Planned Parenthood where they gave me the abortion pill. It was easy. Everyone deserves that kind of access.”

She also added, “Here’s a big list of places you can donate to right now,” linking to a The Cut piece that lists dozens of abortion funds, “roughly ordered by how dire the situation in their respective states is.”

The Supreme Court’s Chief Justice John Roberts has confirmed that the draft opinion published by Politico is legitimate, announcing an investigation into the leak, and calling it “a singular and egregious breach of that trust that is an affront to the Court and the community of public servants who work here” in a statement, which also notes the court’s decision is not yet final.

Bridgers recently released “Sidelines,” her one and only original song of 2022, for the Hulu series Conversations with Friends.

You can read the leaked draft opinion via Politico and revisit Bridgers’ 2017 Paste Studio session below.