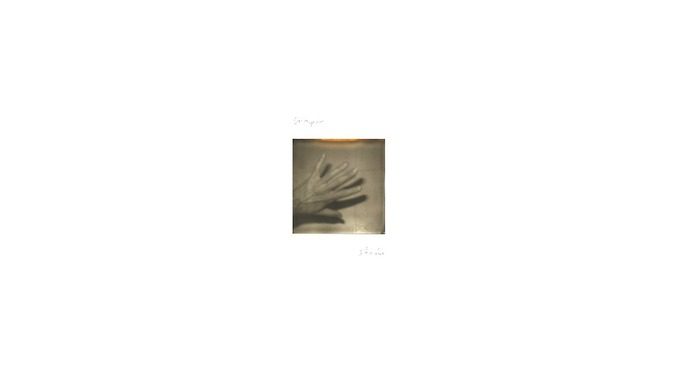 Knowing what we’ve come to know about fame, we would do well to consider that the artists we refer to as “reclusive” have probably had it right all along. Today, of course, even people who aren’t “famous” in the classic sense are now prone to sudden surges of attention that destabilize their lives. And yet, as we grapple with the ongoing erosion of the line between public and private, that hasn’t stopped most of us from courting some form of life in the public eye. In this context, the fact that we still know so little about Liz Harris looks more and more like a triumph. At present, Harris’s model for putting out work that garners widespread recognition while she ducks out of sight is starting to look less like an anomaly and more like the only healthy avenue for achieving “success.”

A multi-instrumentalist, DIY-inclined producer who has issued the bulk of her solo work under the pseudonym Grouper, Harris secured more or less permanent critical-darling status with her 2008 breakthrough of sorts, Dragging a Dead Deer Up a Hill. Since then, she’s been able to make optimal use of independent direct-to-consumer channels on her own terms, specializing in limited-run physical media and accessories (like totebags, for instance) that routinely sell out to the people on her mailing list. According to avid vinyl collector Michael Muller of the experimental chamber duo Balmorhea, Harris manages her inventory with the same unpredictability as one would expect from a boutique store owner, at times announcing out of the blue that she’s found a stack of such-and-such release from the past, so the supply is up for grabs until it’s gone.

Of course, Grouper’s music lends itself to precisely the kind of introverted presentation that Harris has been able to sustain since making her full-length CD-R debut in 2005. Though keyboards, piano, guitar and Harris’s own voice have always been central to her work, her trademark has been to engulf those sounds so the overall atmosphere—not so much the instrumentation—occupies the spotlight. On any given Grouper release, the clarity of the individual parts tends to get washed out in a thick blanket of whatever sonic element is most prominent in the mix, be it volume saturation, reverb or other effects. Harris has intentionally tilted the balance from release to release, to the point where her catalog runs the gamut from lo-fi shoegaze/dream pop and experimental folk to ambient drone, field recordings and out-and-out noise.

All along, Harris has cultivated a sense of mystery that’s worked to enhance the music, with listeners benefitting from the luxury of getting lost in the sound almost the same way one finds oneself swept up in the fogginess of a dream. A ghost of a presence even in her own tunes, Harris brings an undeniably human touch to her work, but refuses to tint the experience for us with any knowledge of who she is. Artists, after all, have never owed us that. Here and there, however—when she’s opted for sharper fidelity—Harris has come forward from behind the haze and resembled something close to a traditional singer/songwriter, with lyrics you can actually understand. She’s toyed with these contrasts in the past, switching from bursts of fuzz to recognizable “songs,” for example, on 2013’s The Man Who Died in His Boat, but her releases have typically been unified by an overarching timbre that pervades every track.

On Shade, her first album as Grouper since 2018’s Grid of Points, Harris draws from recordings that span the 15-year breadth of her career. Where her previous records pulled you into their own individual universes, casting a spell over the senses until the final notes rang out, here Harris breaks the spell over and over, seemingly on purpose. Shade, for example, begins with a plume of digitized ocean spray that sets the stage for “Followed the ocean,” a track that would have slotted right in with the ambience on Dragging a Dead Deer. From there, though, Harris takes a sharp left turn with the crisp melodicism of “Unclean mind,” an acoustic guitar-and-vocal number that, in spite of its sparse, bone-dry arrangement, evokes commercial alt-rock, with double-tracked vocal harmonies that recall ‘90s acts like Lush and Smashing Pumpkins.

Acoustic guitar and harmonies again play the lead roles on “Ode to the blue,” but Harris manages to give this song a completely different disposition, this time hewing closer to a choral or compline style. She shifts ever so slightly to a more “confessional” approach on the subsequent track, “Pale Interior,” restraining her vocals and fingerpicking to such a degree that even the most reticent coffeehouse performer would look like a showboating ham by comparison. A backwards tape effect then swallows the music further into itself on “Disordered minds,” taking the listener into yet another realm with spatial dimensions distinct from what came before. Throughout the track sequence, Harris skips around in time and locale, a non-linear timeline of her gradual, northward migration from the Bay Area to California’s Redwood Coast to Portland and finally to the Pacific port city of Astoria, Oregon.

Connoisseurs of Harris’s work should be able to distinguish one period from another right away. But after years of immersing themselves in Grouper’s music, even the most dedicated fans will find themselves adjusting to a slight disjointedness that isn’t there as much on the other records. It’s hard to say what Harris’s intentions were here—although Shade consists of previously unreleased music, on paper, it’s essentially a collection of leftovers, rather than a “follow-up” per se. And Harris runs into the same consistency challenge that any fan who’s ever tried to assemble a Grouper mix would likewise have to deal with. To be fair, it’s not like the differences in recording style are so jarring that they throw off the experience, and they do shift the emphasis from atmosphere to the actual playing and composition—ultimately, perhaps, for the better.

In its own gentle way, Shade nudges the audience to view Harris as an all-around musician, rather than as the consummate mood-setter she’s long been hailed as. It’s as close to an attention-grabbing gesture as we’re probably ever going to get from Liz Harris—but if that’s what this album is, it’s an attention grab that’s well overdue.