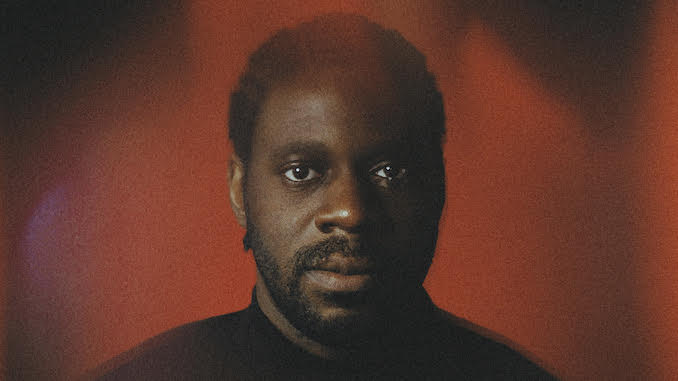 NNAMDÏ fame on his latest single, “I Don’t Really Wanna Be Famous.” The song is the first release from his forthcoming album Please Have a Seat, out Oct. 7 via Secretly Canadian / Sooper Records. The track marks the Chicago-based artist’s Secretly Canadian debut, and comes with a music video directed by Austin Vesley in which he lounges around a grandiose mansion, gets harassed by the paparazzi and has a few tomatoes hurled at him.

NNAMDÏ weighs the pros and cons of being the center of attention on “I Don’t Really Wanna Be Famous.” While he knows it would be fun to be surrounded by models and ride around in private planes, he tentatively adds, “I don’t really wanna be popular / Walk around the city, they stop and look / I don’t really like to be ogled at.” The eccentric track is tied together by NNAMDÏ’s easy flow and a simple tinkering beat that distills his indecision about being in the spotlight.

“I realized I never take time to just sit and take in where I’m at,” says NNAMDÏ of the album in a statement. “It’s just nice to not be on ‘Go, Go, Go!’ mode, and reevaluate where I wanted to go musically. I wanted to be present”.

NNAMDÏ has also announced he will be hitting the road this fall in support of Please Have a Seat. The tour will kick off Oct. 18 in Iowa and includes a hometown show at Thalia Hall, along with dates across the East Coast. Tickets will go on sale this Friday, July 1, and can be purchased here.

Watch the video for “I Don’t Really Wanna Be Famous” below, and take a look at the album art and tracklist for Please Take a Seat further down.


Please Have a Seat Tracklist: