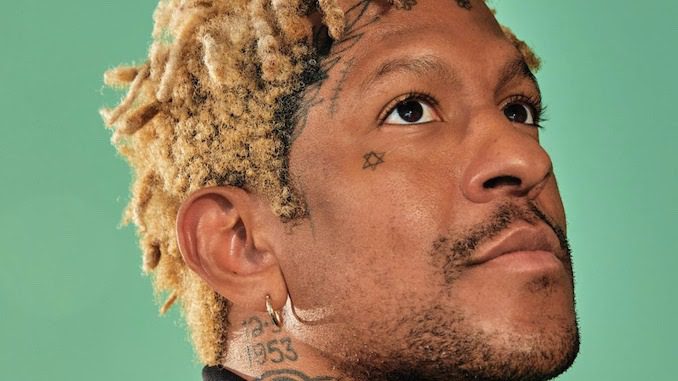 It has been almost five years since Mykki Blanco’s debut full-length Mykki, and the multi-coastal punk rapper has collaborated with the likes of drag queen Shea Coulee and Charli XCX during their hiatus. Tuesday, Blanco announced a mini-album titled Broken Hearts & Beauty Sleep, out June 18 via Transgressive Records.

The album’s second single “Love Me” features Chicago-based singer Jamila Woods, with additional vocals provided by Jay Cue, Blanco’s brother. The track features an inconspicuous trap beat that morphs into a shimmering backdrop for all the collaborators to shine, ushering in a less-explored R&B-tinged side of Blanco’s artistry.

In a reflection of how “Love Me” came to be, Blanco said:

“Love Me” is essentially about so many forms of love, patience, trust, time. It is about the potion that is created when you sift through the ingredients that create “love”, the alchemy we as human beings take part in to convey these feelings deep inside of us.

Jamila really comprises a lot of elements creatively that I just find awesome. Her soothing, soulful and folkloric voice is reminiscent of great musicians like Janis Ian or Joni Mitchell. I was completely drawn into Jamila’s leaning towards crafting songs with strong lyricism, poetry and themes exploring self-love, intimacy, Black pride, power and vulnerability. So I approached her about working with me and sent her the instrumental for ‘Love Me.’ She made my lyrics her own and created a hazy, cozy, mystical vibe to the production that really planted the seeds of what “Love Me” became. Months later I asked my little brother Jaycue (yes my real brother), to join in on the song. His section of the song he wrote himself and he poured himself into it heart and soul. That day working with my brother impressed me so much because it was like seeing my own creativity, our family bond, his intense creative force just all coming together and it was extremely emotional for me and it really cemented for me what “Love Me” is about.

It has been over a decade since the moniker “Mykki Blanco” was created, starting as a video art project of a teenage girl and turning into an outlet for self-discovery through music and poetry. In a statement, Blanco says, “For me, I am one of those artists who many would say has taken the longer road to get to where I am now, but it’s that journey which has been the reward because the journey really has been my life; the career has just been the outer shell to the deeper things that I’ve experienced, and I can only be here now because of this journey.”

Listen to “Love Me” and stream it on all platforms here. You can preorder Broken Hearts & Beauty Sleep here, and see the mini-album artwork and tracklist further down.