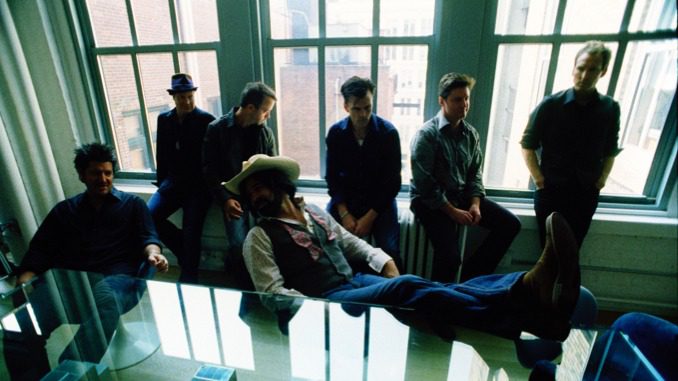 Counting Crows are making their return with their first bit of new music in nearly seven years, following 2014’s Somewhere Under Wonderland. Their newest project, the four-track Butter Miracle, Suite One, is set to arrive May 21 via BMG.

Counting Crows burst onto the scene in 1993 with their hit debut album August and Everything After. The band has since gone on to release seven studio albums over their decades-long musical career, becoming well-known for their extensive touring and, among many other hits, their Oscar-nominated single “Accidentally In Love” from Shrek 2. Their latest Adam Duritz-penned single “Elevator Boots” sounds more countrified and grounded than the aforementioned song of Shrek fame, and muses on the alternate reality of playing in a famous band.

Check out “Elevator Boots” and revisit a 2012 Counting Crows performance from the Paste archives below, and keep scrolling for the Butter Miracle, Suite One album artwork and tracklist. You can preorder the EP here.